Wow, where did the time go? (New Beta available...)

Wow, where did the time go? TWENTY TWENTY SURE WENT BY FAST! Right!?

We did plan to get this update out sooner, but we fell into the trap of "let's just add this one last thing." Before we knew it, Kevin and Pedro had completely redesigned the Droo Space Center with a new raised launch pad, sixteen hangars, new runways, taxiways, a VEHICLE ASSEMBLY BUILDING, dock, and a bunch of other new stuff. Planet Studio has been retooled to allow building up structures using a hierarchy of sub-structures so now you can customize and build your own bases on your planets. It's completely changed the feel of the game. I no longer have a compelling desire to blast off and leave Droo. Now I kinda want to hang out close to the ground and check out all of the nooks and crannies, of which there are plenty now. 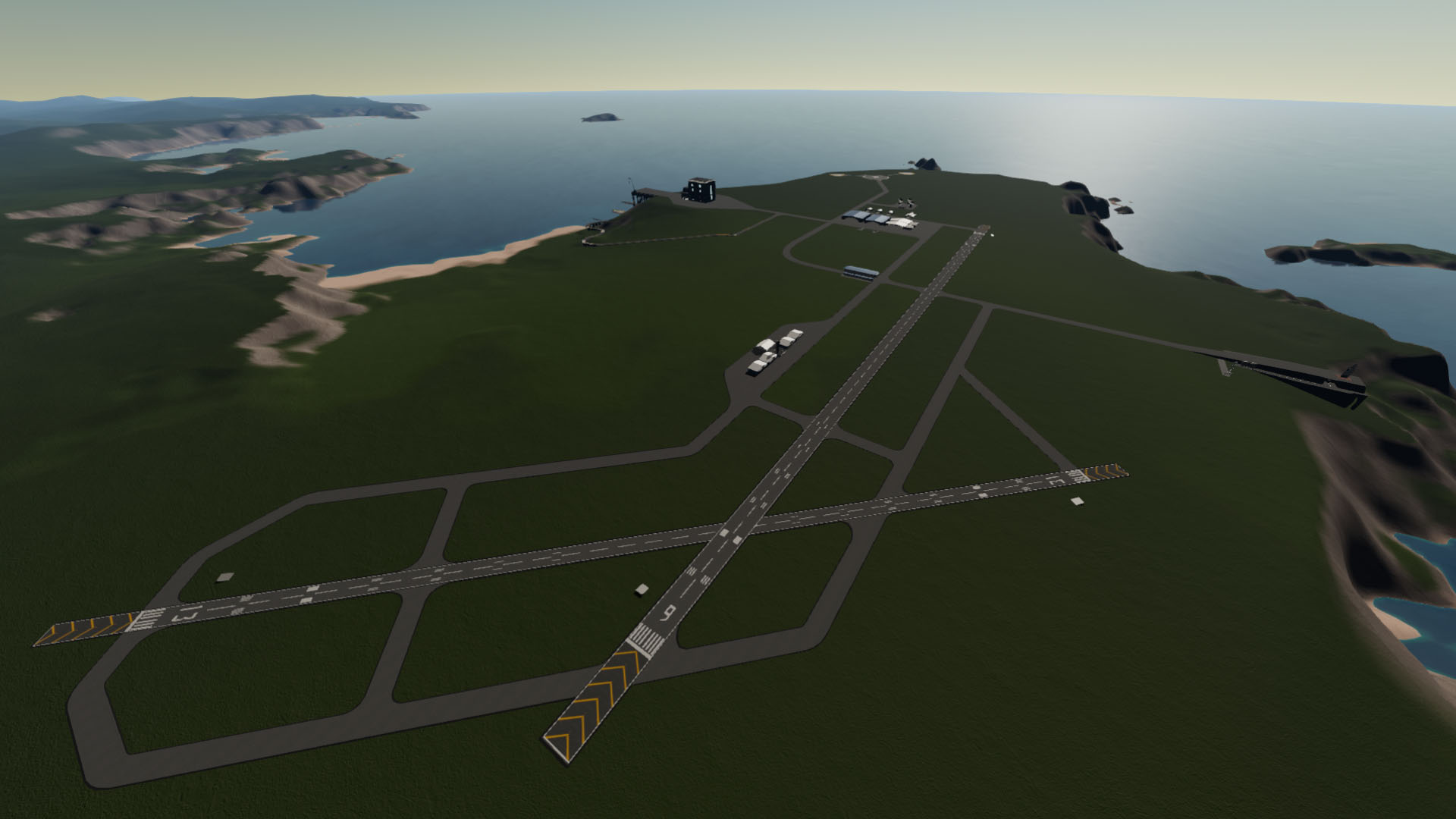 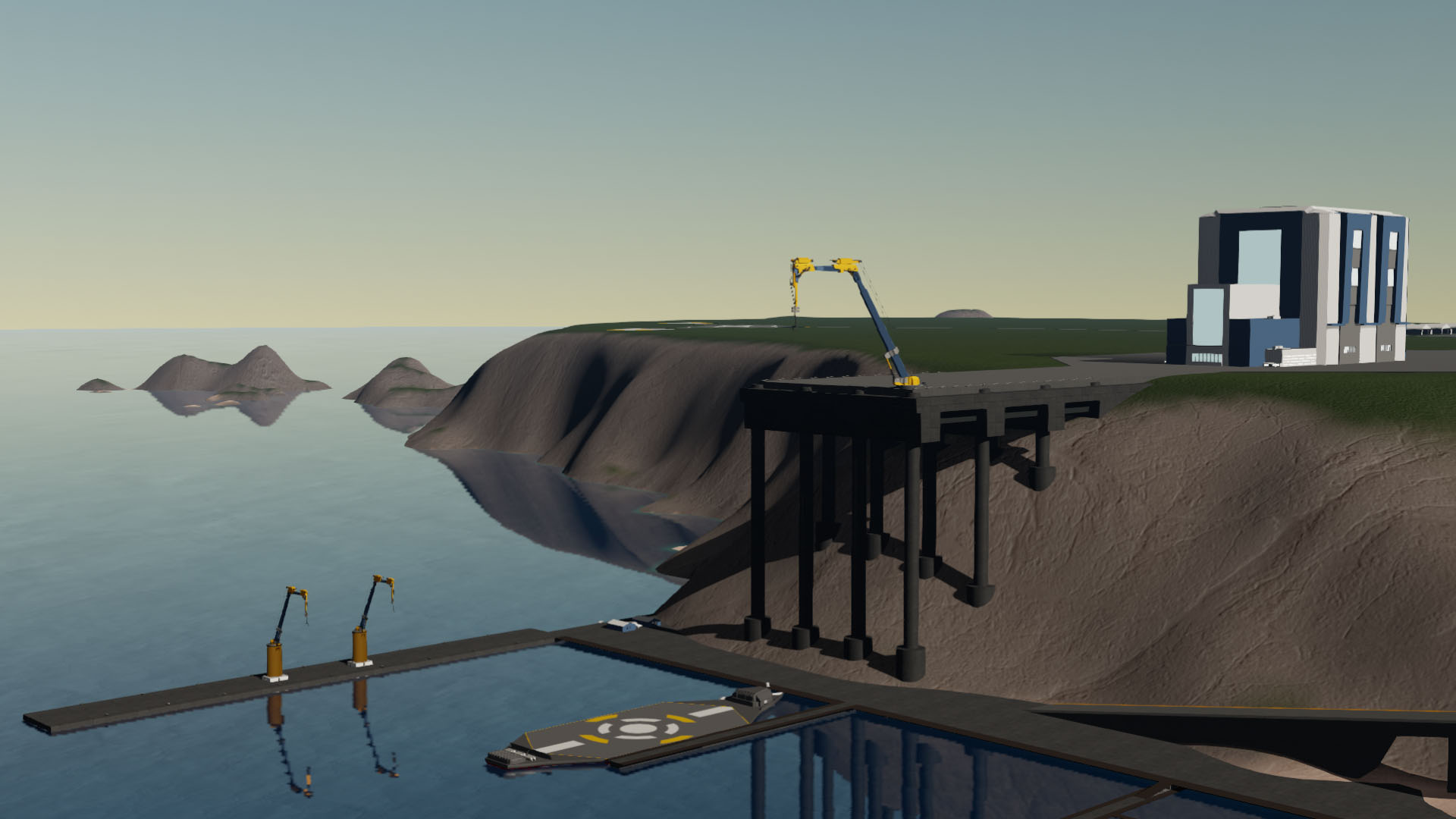 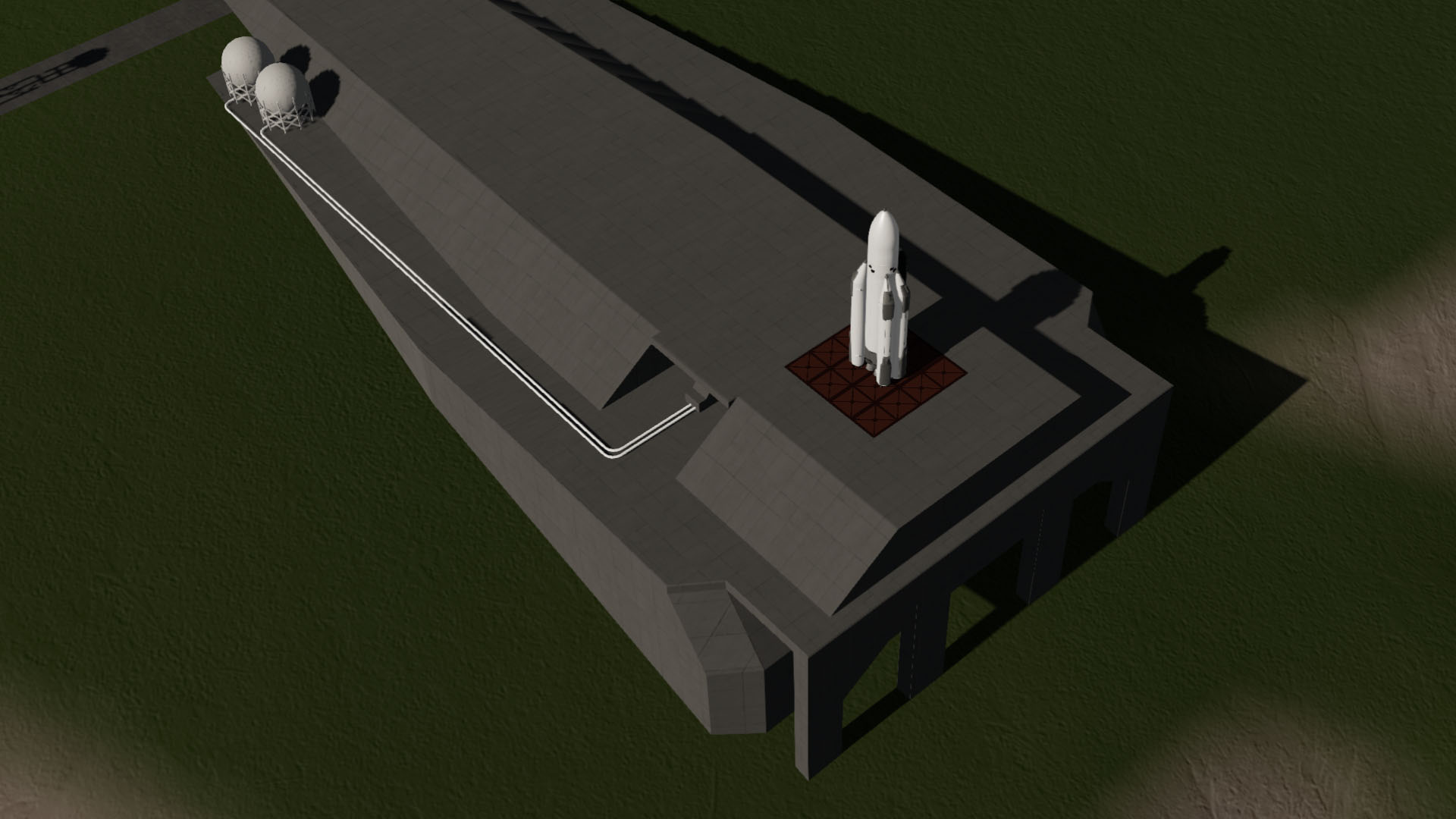 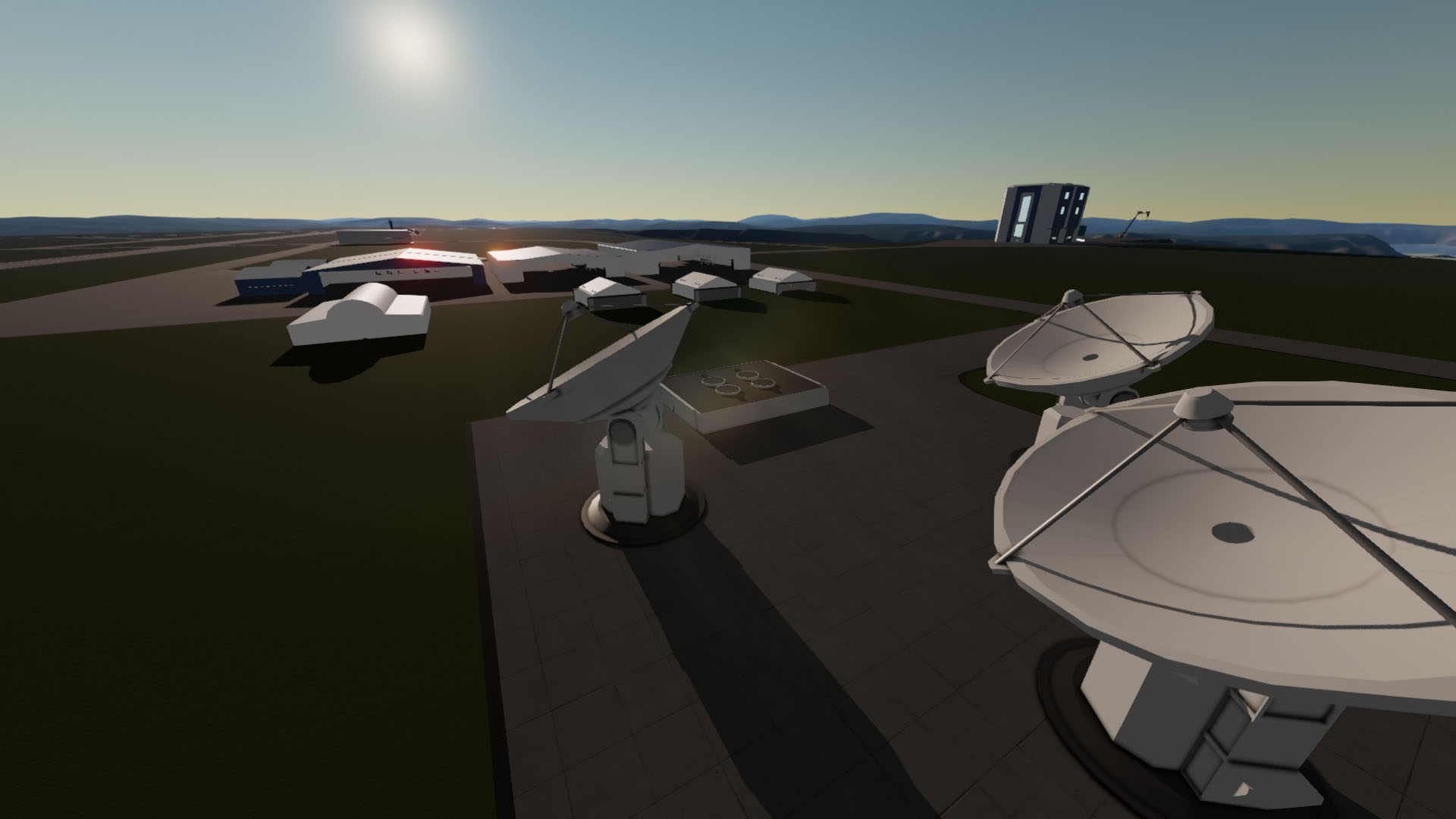 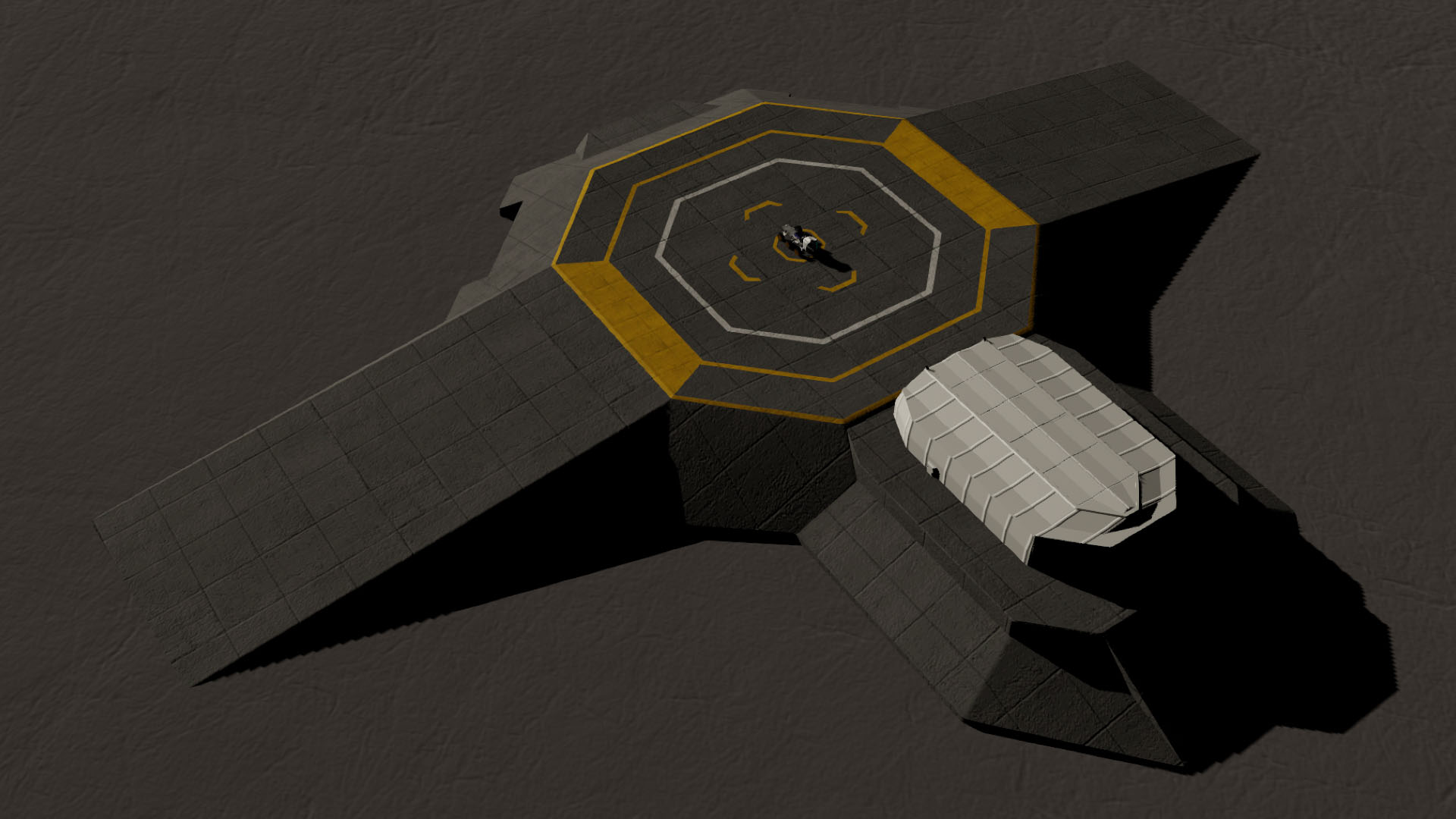 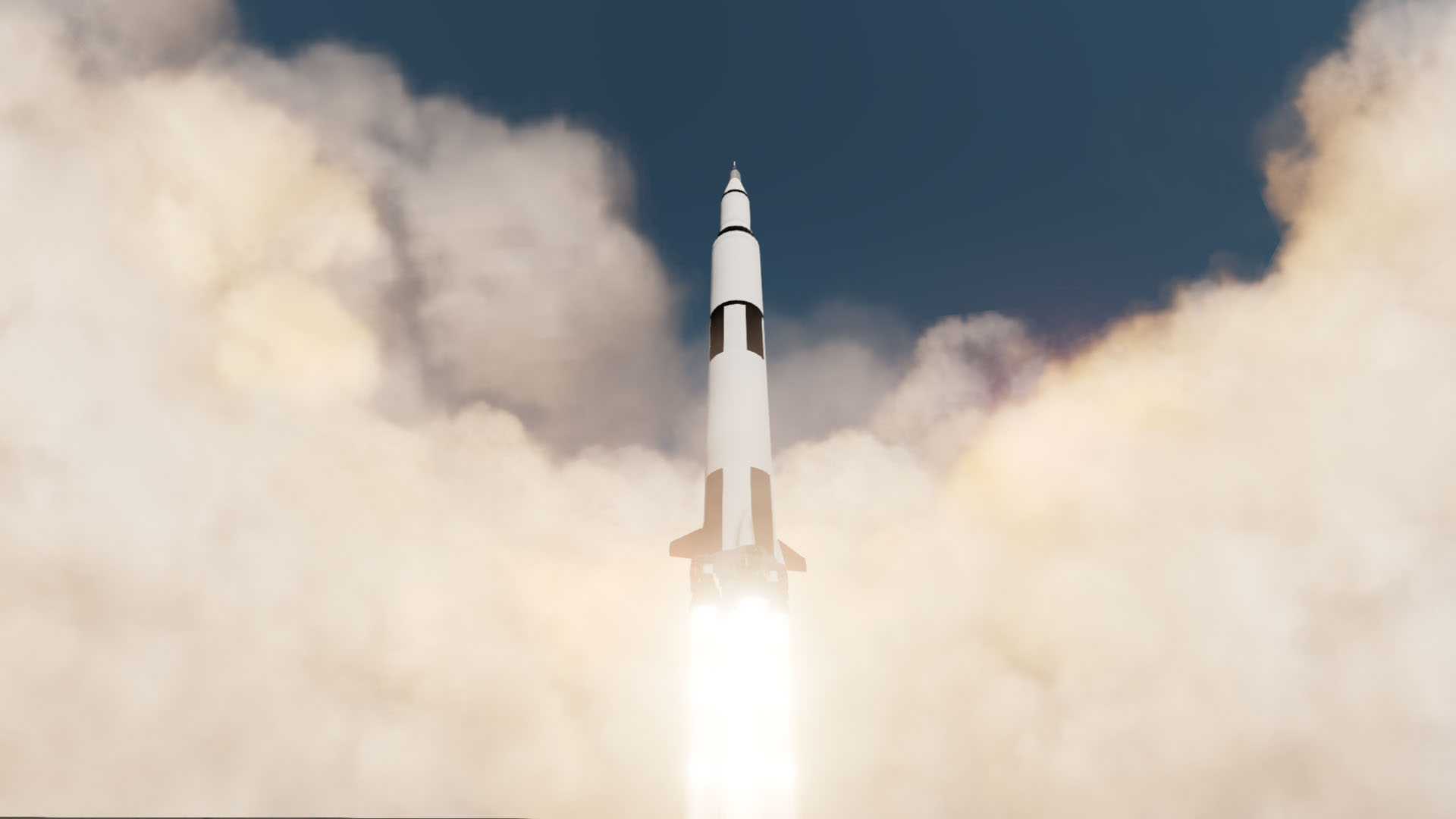 Pedro has been insanely busy in Planet Studio working on new planets. He's completely redesigned the existing five planets and then added two additional planets, eleven new moons, and a controversially named comet. Pedro has an extraordinary eye for detail and the new planets really show it. They are packed full of details and it will breathe new life into your explorations.

Here's a before/after comparison of the original five stock planets. Click here for a bigger version.

The two new planets, Vulco and Sergeaa. Vulco is a tidally locked ball of very dark rock completely melted in the face pointing at Juno. The danger of the hot lava and its pitch black dark side makes this planet a very mysterious place to explore.

The second planet, Sergeaa, has a very rough surface that goes from huge volcanoes to gigantic lava lakes. It's covered in very dense green clouds, with an atmosphere so dense that traveling accross its surface won't be a trivial task. 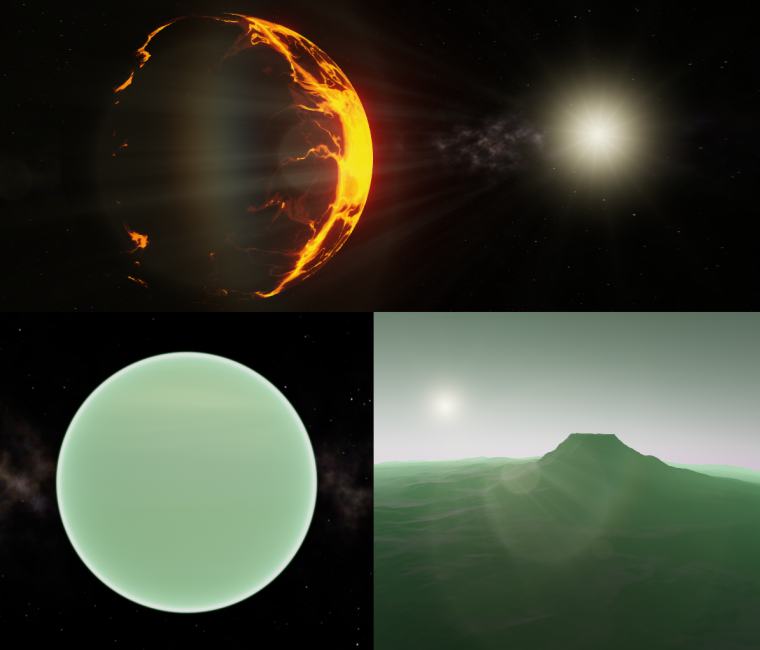 Our tilted gas giant isn't alone anymore in his journey through space:

Jastrus is a small ice moon sitting inside the last gap in Urados' rings.

Boreas is a much bigger ice moon covered in craters and very long cracks that run from pole to pole.

Taurus is a rocky moon with a very thick atmosphere. Its rough surface is home to some really large methane lakes.

Hypatchion is a very old ice and rock moon, and although the looks may point at it, it's not pumice, it's just covered in thousands of craters. 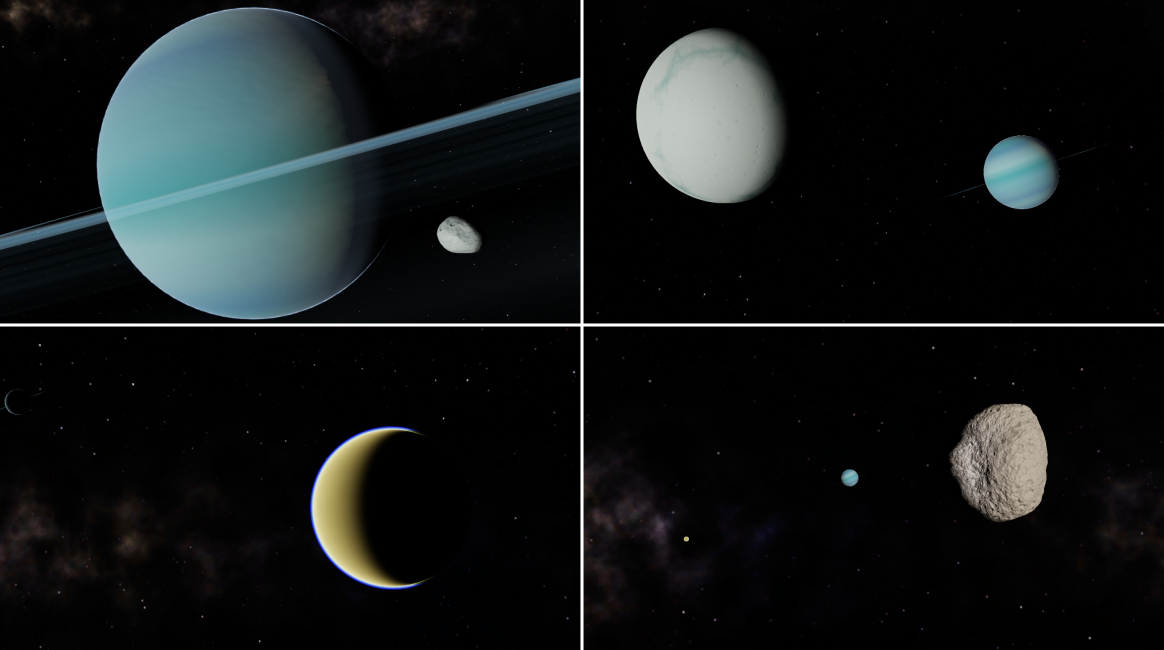 Nebra is a rocky planet with active volcanoes completely flooded, with a thick pink atmosphere making some gorgeous sunsets.

Higher than Nebra, Miros is a big boulder with one half frosted. A ridge hugs this moon all around its equator.

The outer edge of this system is home to the wackiest moon of all, Orcus, an ice moon with blue and orange dust covering planet-sized ravines and pink cracked ice poles.

Check out the SRC Discord server and you can find more sneak peeks under the #updates channel. Or, just grab the new beta and see them firsthand.

The full release notes are here.