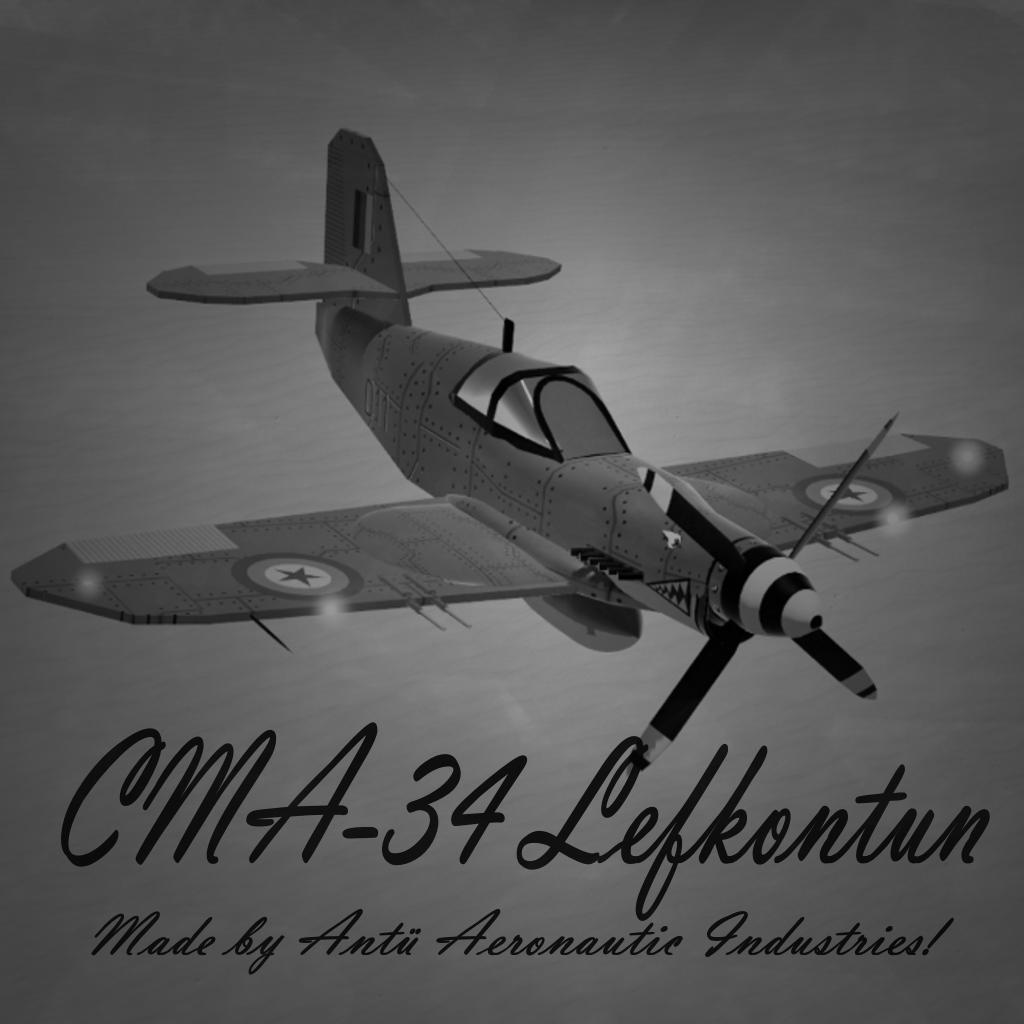 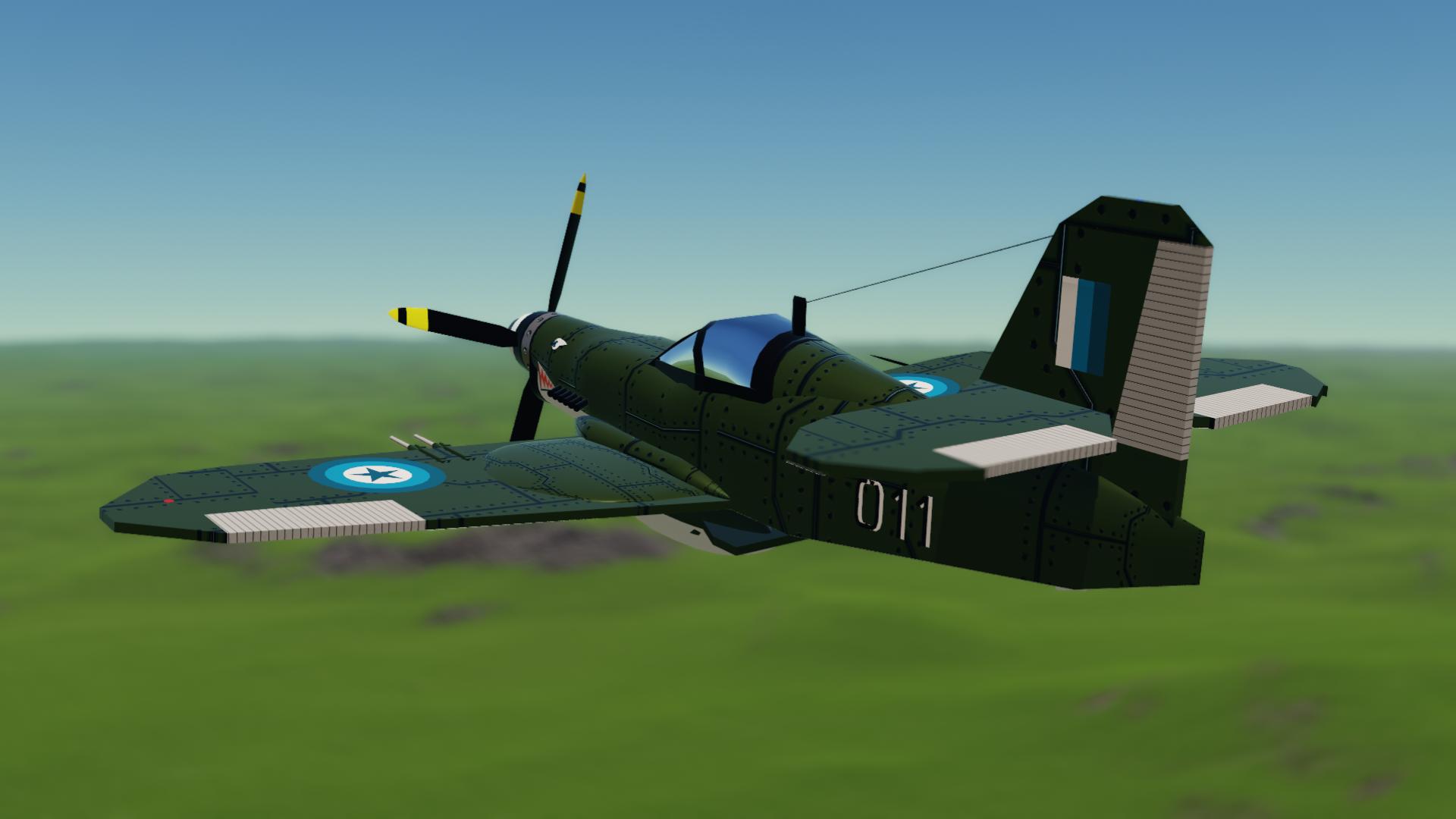 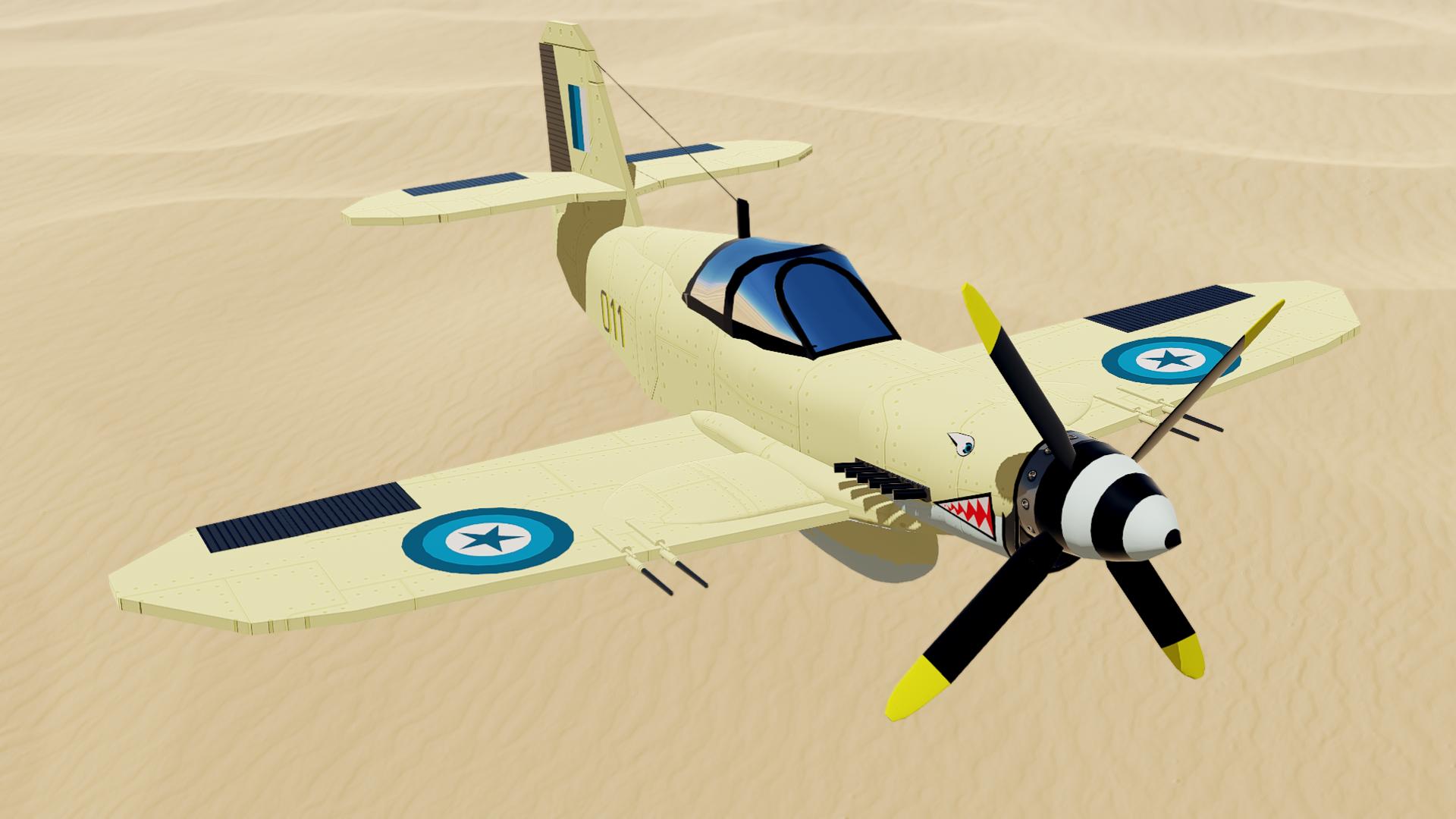 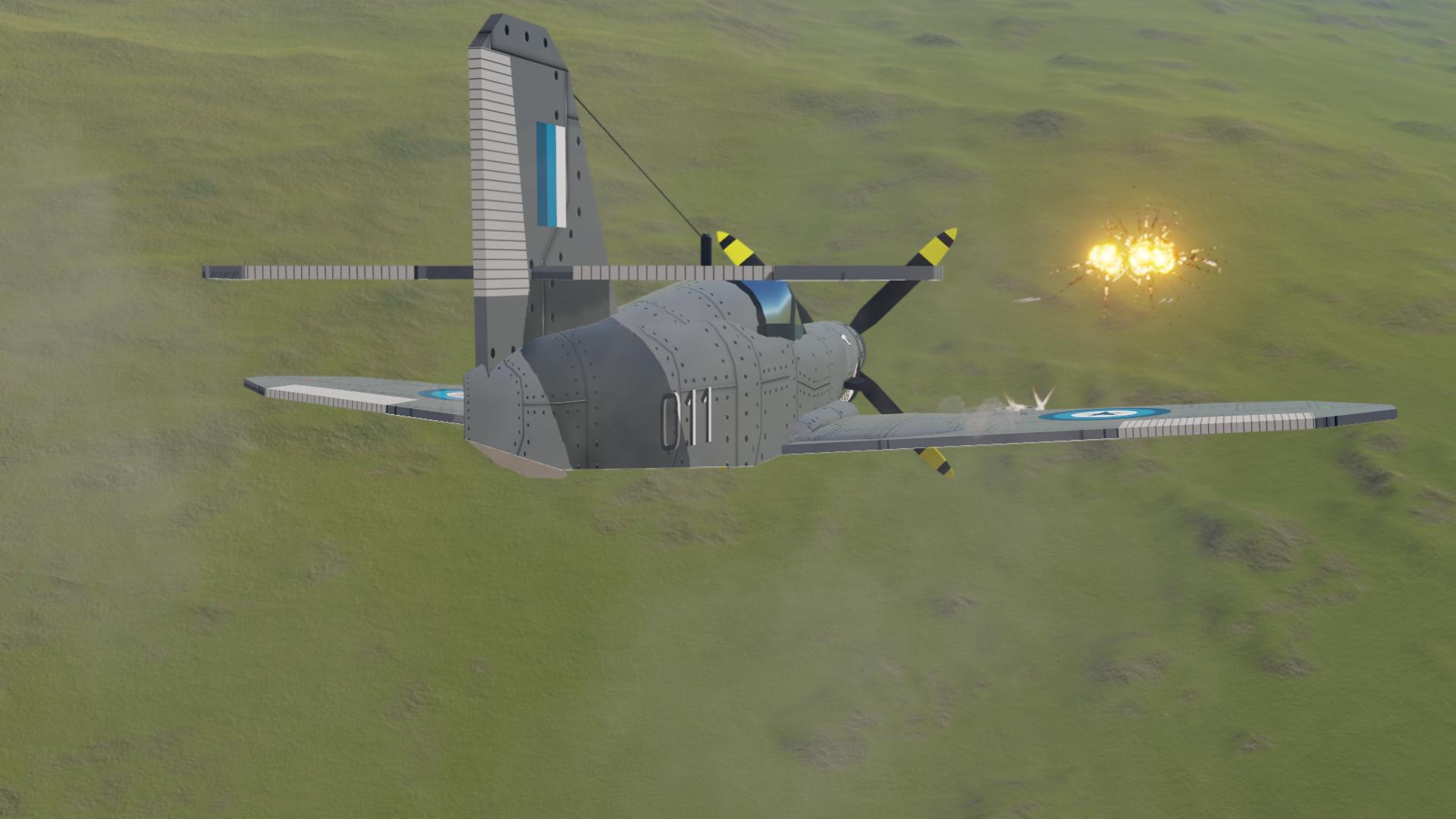 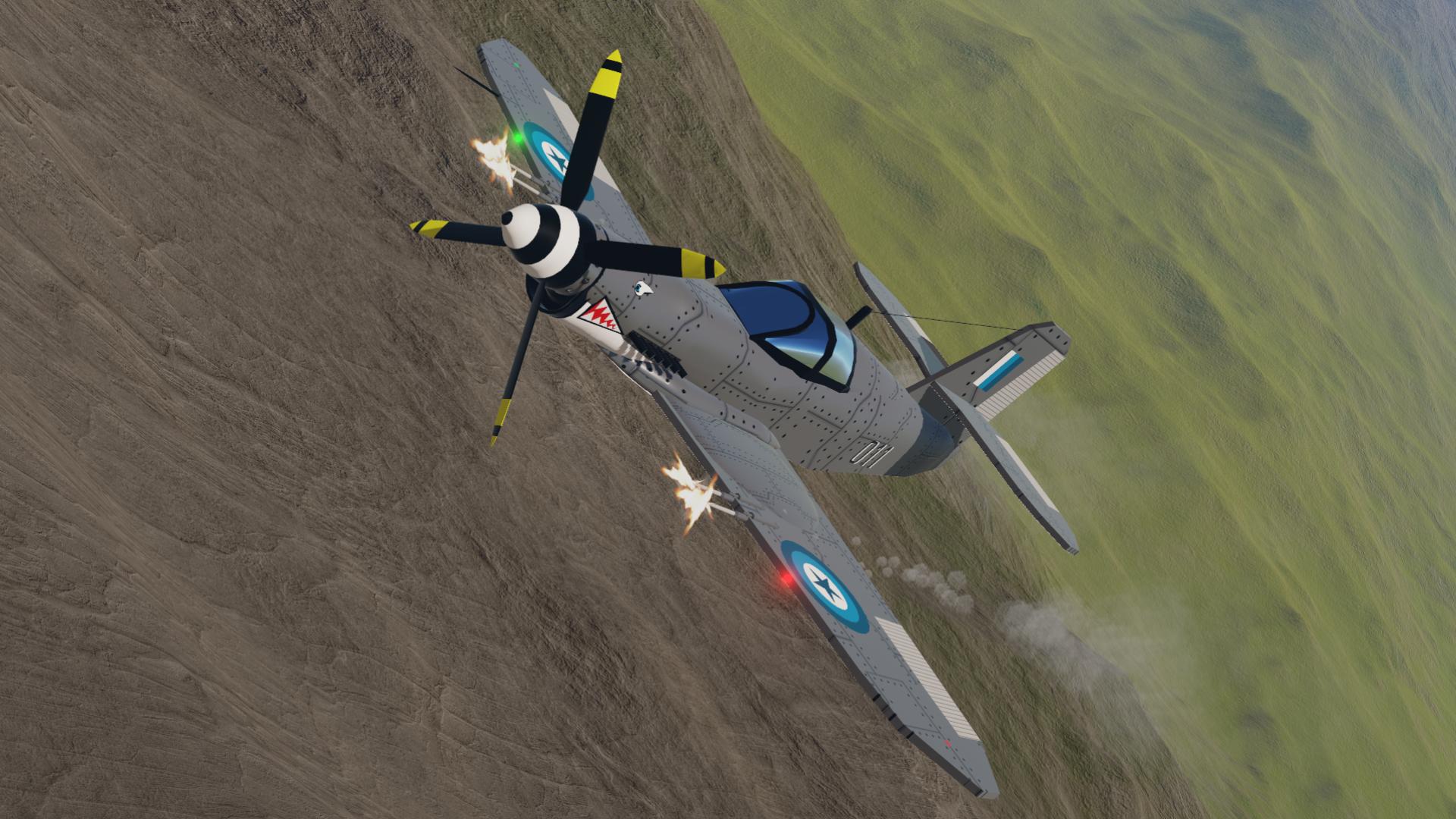 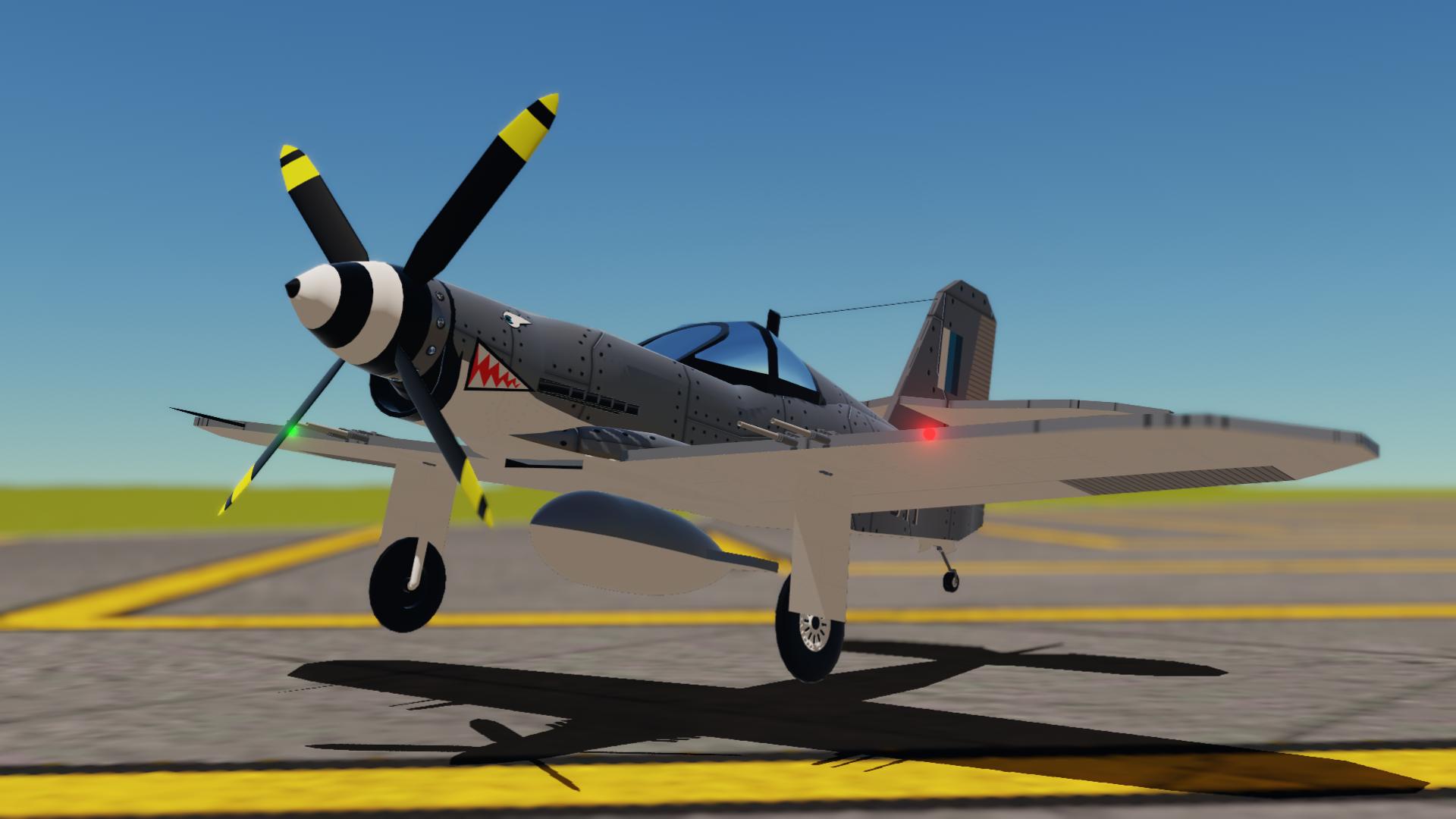 The CMA-34 is a piston powered, single pilot propeller fighter designed for be mass produced as easily as possible, while being highly maneuverable and powerful on air attacks/defense, more than three thousand units were produced during the great republic liberation and fight against a harsh dictatorship on the ROF (Republic of Antü)

Please throttle up slowly and carefully during take-off and yaw to the left for some seconds, after this you should take off at 140km/h.

Land hopefully at 110km/h-160km/h and brake slowly so it doesn't tip on the front.

Use both AG7 and 8 for the landing gear to retract/extend.

This is a small side project, more cool stuff to come :3 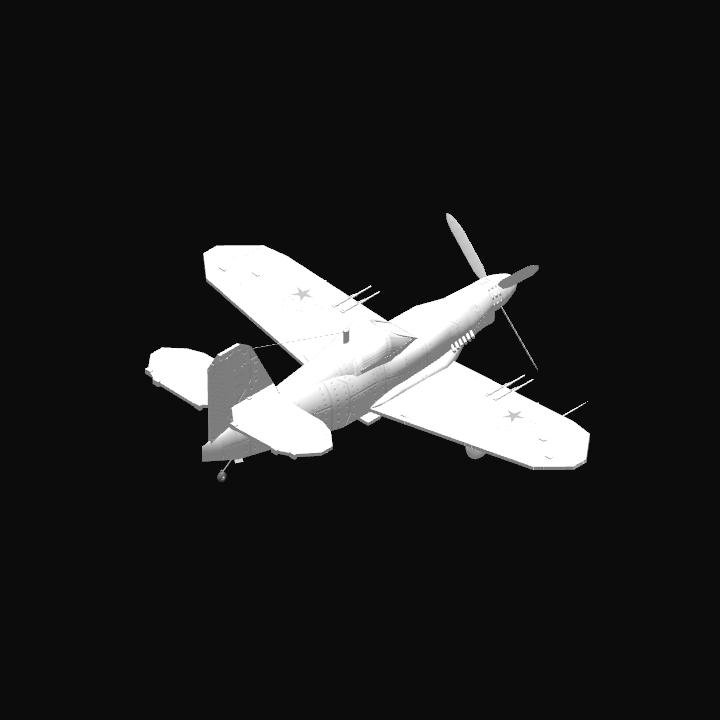 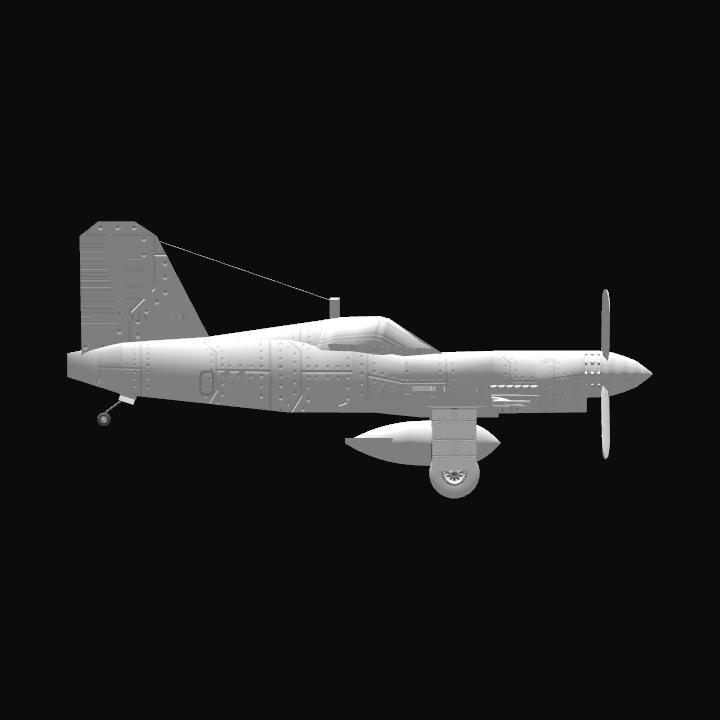 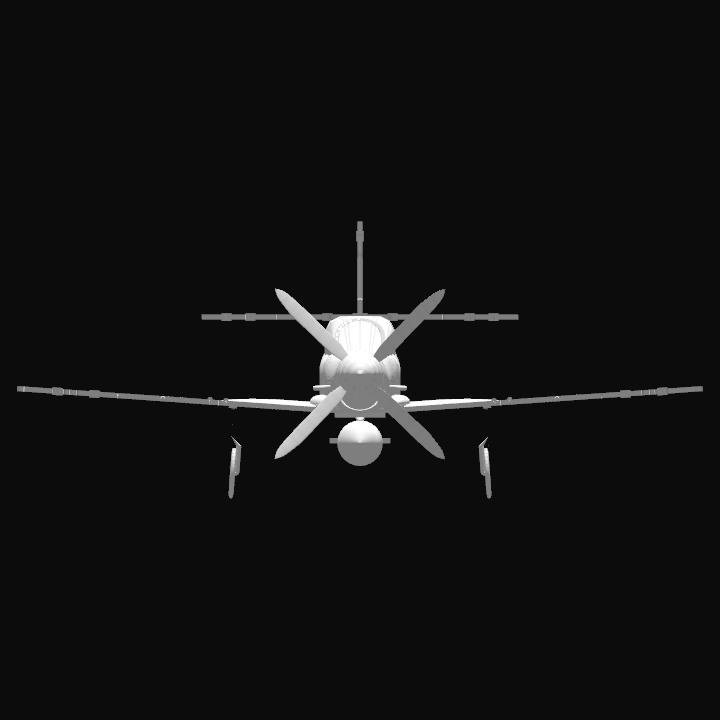