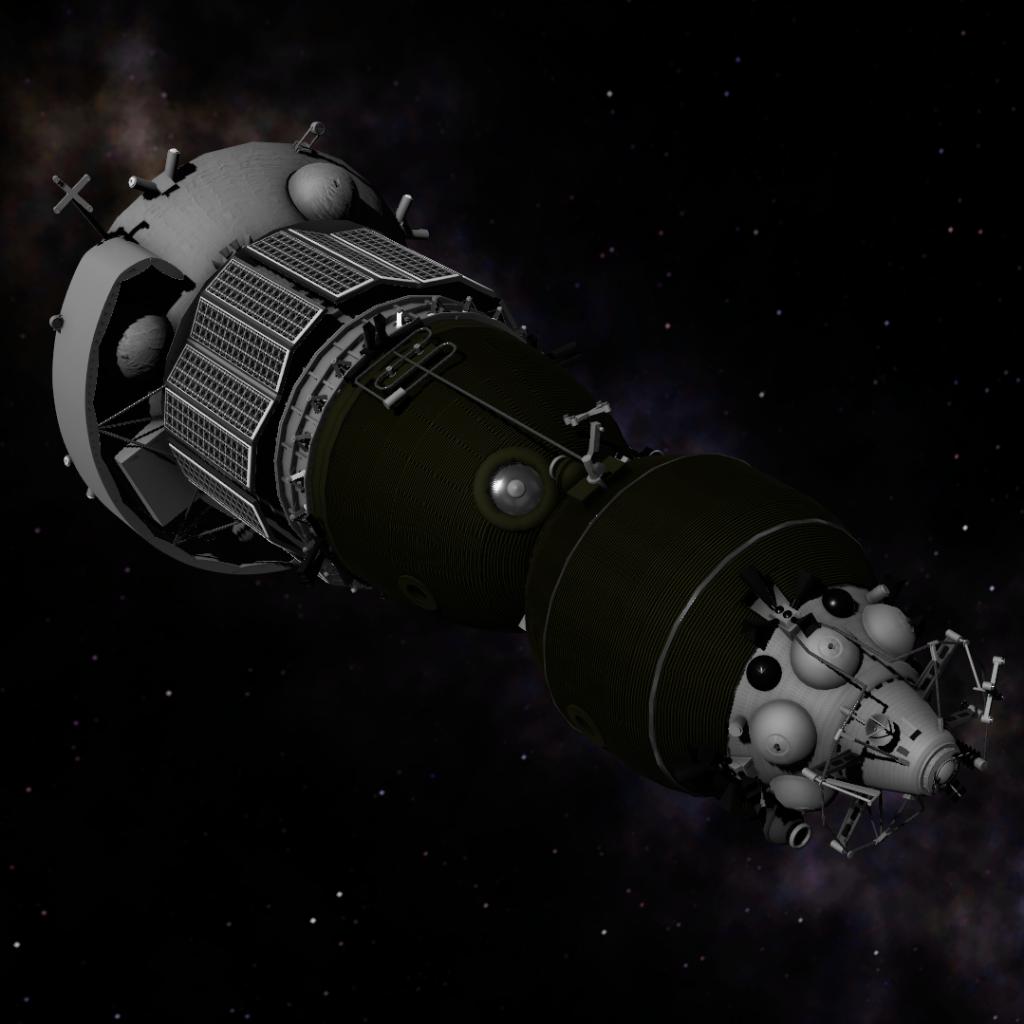 This spaceship is not made entirely by imitating 7K Lok, but by adding some of my own designs to it.

The return and landing procedure of the spacecraft is made by zzazza, which is basically divided into four stages.

First, the propulsion module and the orbital module were thrown away.

Then, after entering the atmosphere for a period of time, open the parachute.
After opening the parachute for a while, throw away the insulation. 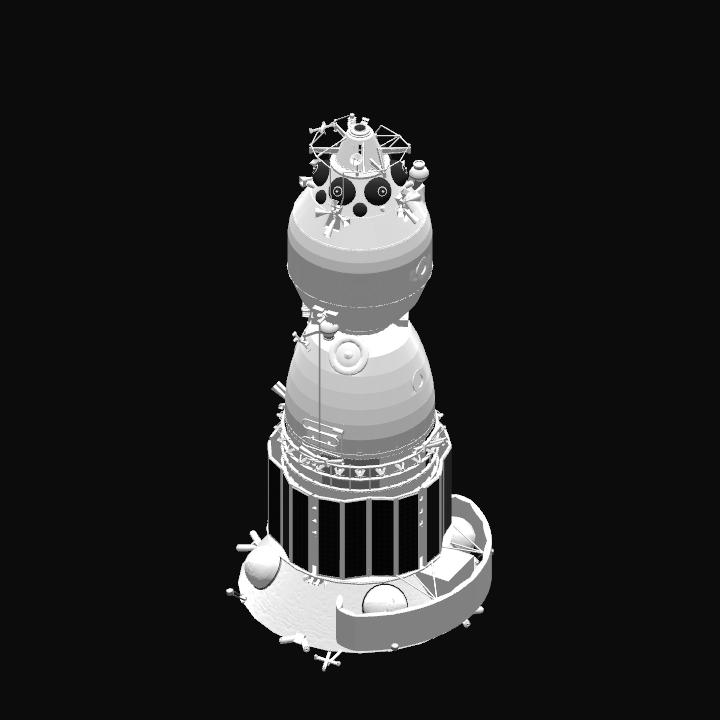 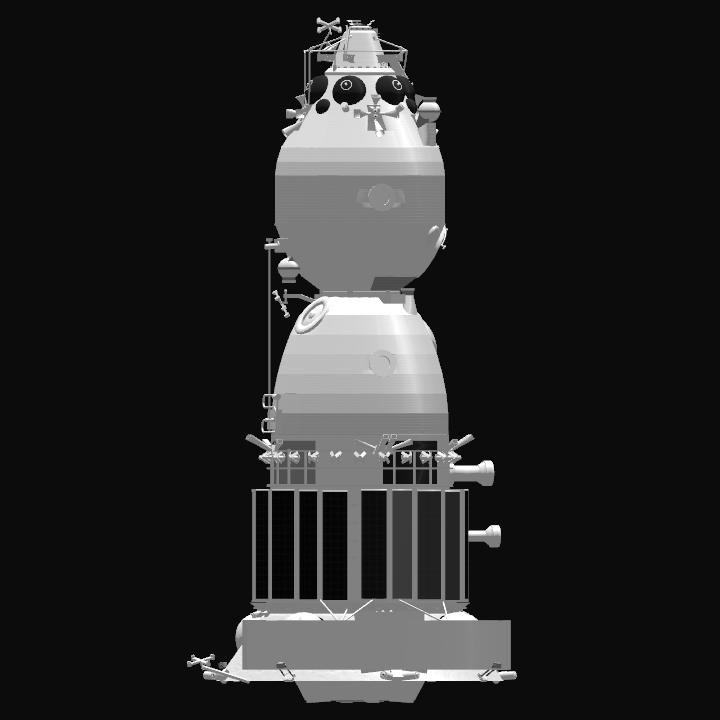