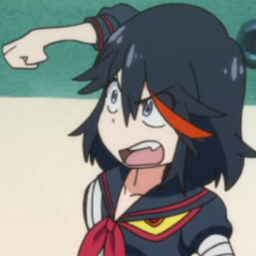 Lechita aka coolest company ever

"no,we are not a military company and yes, we don't take our business in serious"

Hi! i'm the Co-Owner of Lechita
Lechita is a company that gives aid to those countries and people without milk to drink and for that reason we design and build machines capable of doing so

It all started when me and my brother were walking on the african savannah and we saw a kid stabbing a cow instead of milking it we felt sorry for that kid and we asked him why he stabbed the cow instead of drinking it's milk and he said:
kid: 0w0 what's milk?
my brother: you don't know what is milk?
kid: ummm... nope it's like a rock of some kind
my brother: heh... no my little child it's a drink and it's almost infinite as long as you feed the cow and take care of it
kid: omg infinite water!?!?!?
my brother: ummm yes but actually no
at this point i was getting really angry becasue the cow was bleeding right next to me so i smoked what was left of my joint and asked the cow how was she feeling and she said:
cow:umm can't you see mate i'm kinda dying rn
me: oh yes i can see that
cow: teach that kid how to treat a cow!!! >:/
me: okay i'll do it just for you

my brother: NICO WTF?!?!?
me: the cow told me!!!
my brother:looks at the cow
cow: dabs
at this point my brother got the idea to make a company that makes milk and exports it to the countries in needs (and to stop me from shooting kids that don't know what milk is....it was the 5th time)
we started small in a little workshop in /////////////// selling milk boxes and cow related stuff then like 15 years later we turned into a famous dairy producer and we made a lot of money and that's were i get the idea to instead of paying others to deliver the milk, our company does.
Them i (and a team of 20 proffesional engineers) started designing and buiding, at first we started small with a milk truck but then as we got more money we designed more complex stuff.
the thing is we got a contract with ////////// ////// and just when we did that our biggest competitor

(a company from ////////////) declared war on us, fortunately our contractor gave us class ///////////// weapons and ////////// nuclear war heads
but Mielsita had almost the same weapons as us becasue they were supported by the USSR
at the end we fought a war in antartica and winned just after the fall of the soviet union.

when we were done searching sector //// we decided to move to sector //// where we found soviet scientists and prototypes, they helped a lot since
so yeah we have soviet technology...

-where do you get all your money from? we just get it idk

-if you are not a military company then why do you have machineguns on some of your vehicles? oh that... it's just...for... THEY SHOOT MILK!

-WHAT THE FUCK IS MIELSITA TELL US MORE ABOUSHGHAGAHH? TAKE THAT MAN OUT OUF THIS ROOM! (note:fix the transcription bot)
-are you allied with any other company? umm not at the moment
-what is that yellow thing on the backyard? a space crocod... a robot for bio...molecular joint testing...yeah that