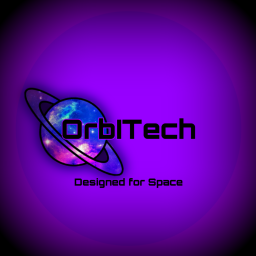 joined one month ago

A brief overview of who we are and what we're about:

Yamom Zbox is currently the chief designer and CEO of OrbITech and CEO of the IRS. He's very busy between the two companies and has basically no free time as a result. When he's not working hard on a new design or overseeing tests and launches, he retreats to a secluded private laboratory in the deserts of the far side of Droo. Nobody really knows what he does there as it's highly secret ;P

OrbITech(Orbital Insertion Technologies, Inc.) is Mr. Zbox's first company, founded in December 2020 with the mission of exploring space for the betterment of Droo and all it's people. Their first rocket, the Magellanic 1 is currently going through it's test campaign. The upcoming Eudyptula 1 is the companies first completely in-house rocket design, currently in R&D.

IRS(the International Rocket-Surgery Syndicate) was co-founded by Mr. Zbox and IRS chief designer Richarddick Johnson with the aim of supplementing all other aerospace projects taking place on Droo to increase the rate of scientific and technological advancement and better the lives of all.