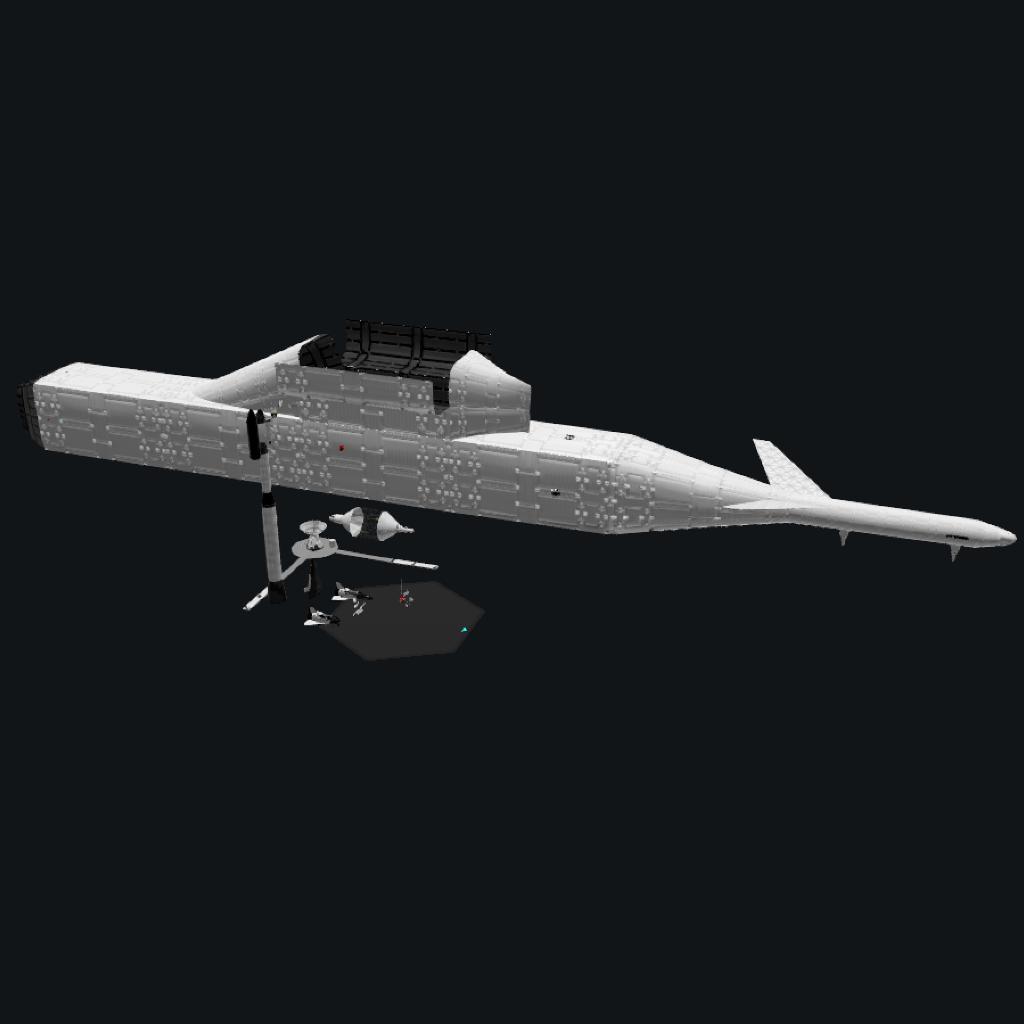 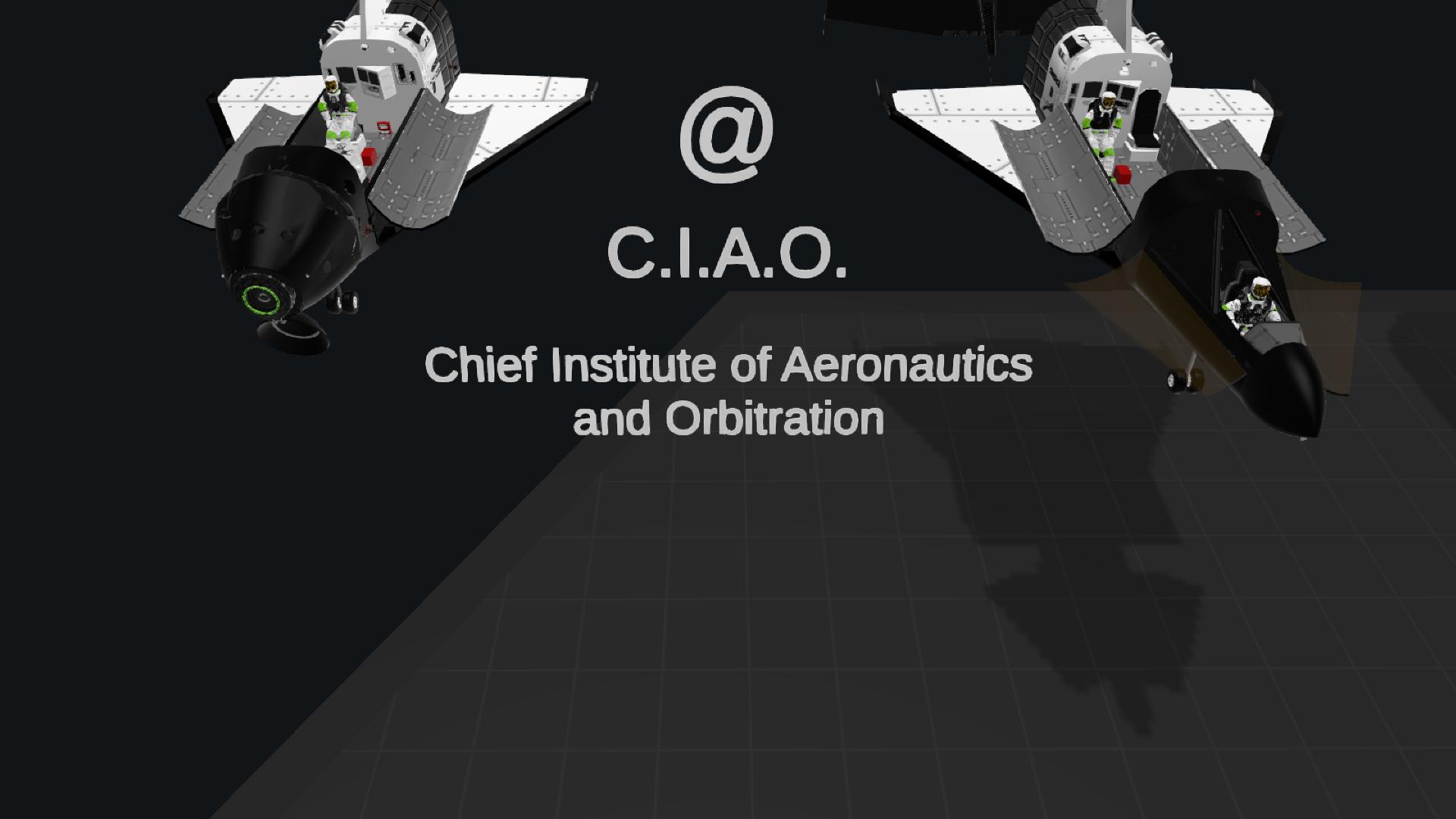 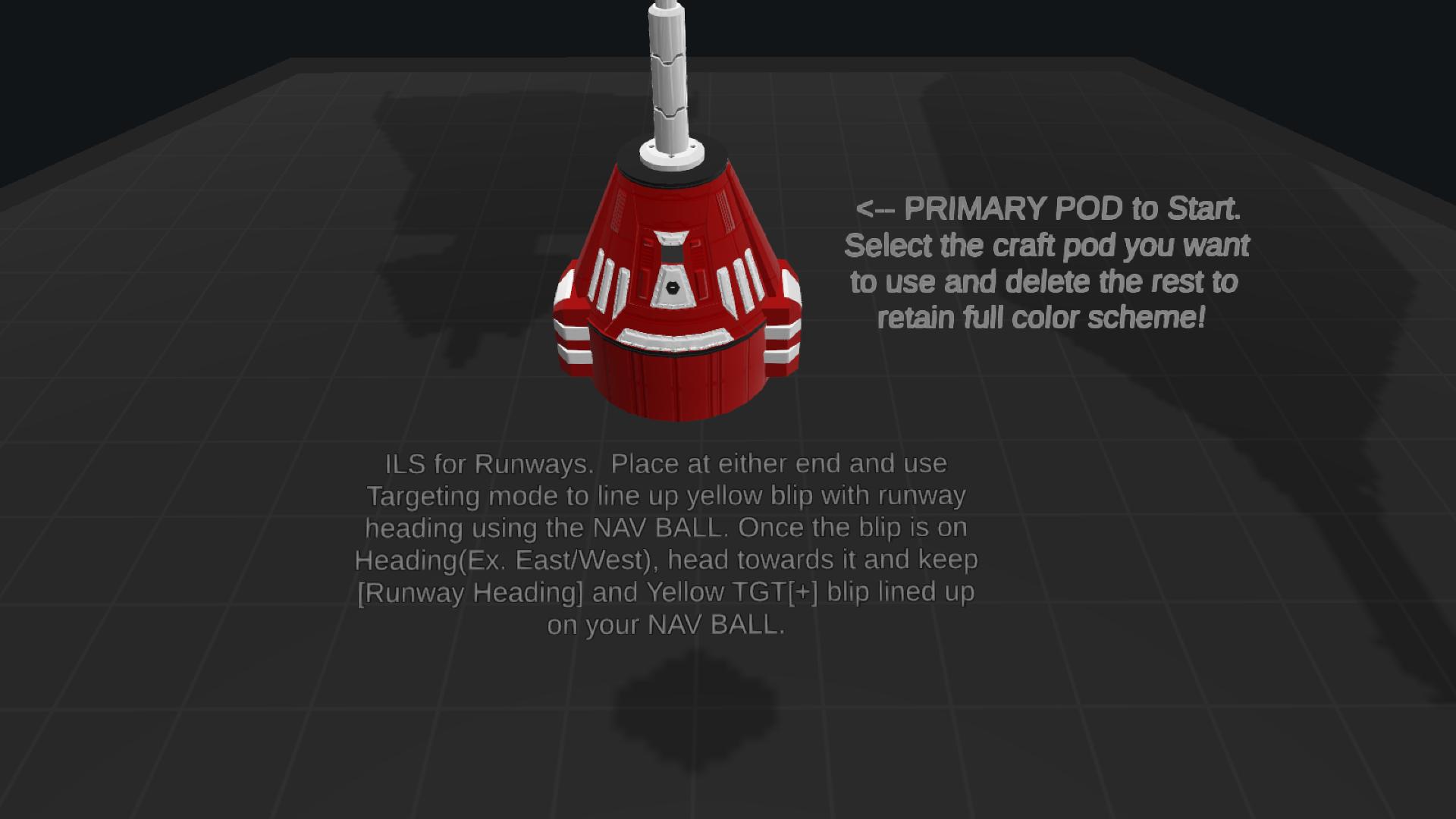 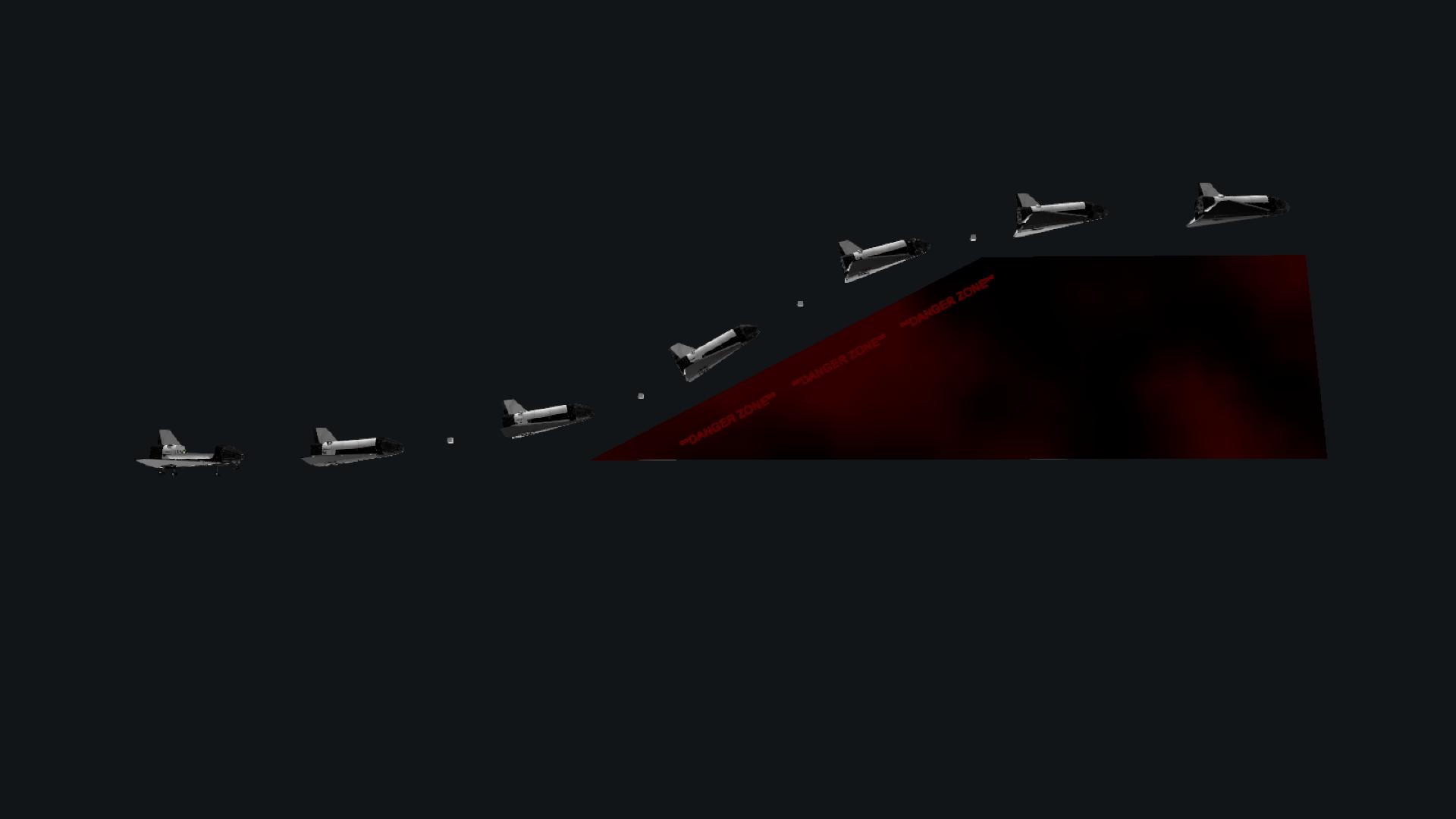 Package set containing a few space scraft to play with. Mostly from the Commanders Pack, but I removed the Moon Base, reduced parts count on the Observation Bubble and added the Trinidad

-Columbus Rocket: It's a Rocket, old, like something from an 70's boneyard. Made for Luna and Back,, turns out though, the new update made this rocket capable of a Luna Landing and kissing Brigo on your way home! Unless you crash it there like I did! But, it should make it, I think!

-Obervation Bubble: Used as an incentive to promote docking practice. These are built in the Trinidad and Left in Orbit of Visited Planets like an outpost, just get there, save location and Spawn in one of these. Or not!

-Moon Base: Spawn this at your saved moon landing loctions for a crampout! Nothing special here, just a base for ops.

-Trinidad: Whelp! Its ahhh, The Cruise Liner of the Solar Systems really. She tranports the Intrepids around the neighborhood! Luna is great for bringing tourists into an atmoshere for a tour or snack, and back out for a rendevous with this beast, ah, don't let the size scare you, she's just a big whale of a ship. Low Part Count, Jumbo sized parts! Oh, can't miss it either, it's big!

-ILS Beacon: Great for Runway line-up 100s of kilometers out. Just keep the targeted ILS inline with East or West, or whatever runway heading you need be lined up. With your TRGT/HDG/and FLIGHT PATH MARKER(FPM) lined up, your flying straight in, lined up!
Worthless with the new update...or is it?

-Landing Cam Bonus: Lil something for realism when landing your craft using the power of finesse as your guidestone and the shock cam will prove that!

*After getting ready for launch
Ex. Taxi out, Line-Up, MFDs Set, Canopy and Bay Doors closed, yada yada, maybe you start on 27, idk, but, when your ready!

-Main Gyro ON
-Headaing Lock ON
-Use lower engine for take off
-Engine to 100% (at "launch time" if required)
-Rotate at 50m/s to 5 degree pitch
-At 100m/s, pitch to 10 degrees
-Climb to 1000 asl
-At 1000 asl, HIT THE BOOSTERS and pitch to 30 Degrees
-Climb to 30,000
-Pitch to 15 Degrees
-Climb to desired Apoapsis(Use Flight Data)
-Drift to 60 sec from Apoapsis
-Develop orbit with close Periapsis and Apoapsis(You should know how to do this first)
-Fine tune orbit with RCS systms using Transition Mode, if needed.
-THERE! Your in an Orbit. Hope it wasn't to easy?

Using the same proceedure can give you the best data to use to figure out the best launch time.

Ex. When Targeting an object at 120km
the distance required for my takeoff run is about 750k/m with the target coming up on the horizon behind you.

This gets me within 8-12 km at completion of my orbit development, whether ahead or behind will determine a cut corner or a flaring maneuver, usually pushing or pulling about 10k/m to bring the intercept distance back around to 2 or 3 kilometers.
(USING MAP NODES CAN HELP YOU HERE!)

Now, I point at the Target and when its distance gets closest to me, keep pointing at the target and STOP its drifting in any direction. Then I use RCS to ensure the distance numbers are reducing(Moving towards me). Now I move in like a Ship to Harbor.

Use Transition Mode to keep any drifting from occuring while pointing at the target as you close in on it.

Now you orient yourself as needed and conduct your docking operation.

You'll be safest at around 1200m/s at 120km or below. Using the Map Nodes to plan the burn time and correct Delta-V to reduce speed to 1200m/s can help, unless you enjoy manual like me!

These Intrepids will BURN and BLOW if you're not careful during Takeoff and Re-entry, Yes...It will blow if you hot rod it at full speed in low atmosphere. You must climb over the "DANGER ZONE" while gaining lateral speed.

-Don't use GYRO when moon landing, it's flip flopping when pointing straight up will complicate things for you.
-Just use Transition Mode and Heading Lock when pointing up, and to keep the FPM straight down.
-Use just the LOWER ENGINE(AG6) for a better balanced decent. Using boosters will tip your nose down.

-You MAY also have to switch beteen RCS Radial(Rotate about the Axis) and Transitional Mode(Transition along the Axis), use "Radial" to keep you nose pointing up and "Transitional" to adjust Flight Path Marker.

*It takes a few attempts at this, however, all things do! But once you master the technique you'll love the Intrepid Luna for its ability to navigate planets, moons and asteroids alone.

-After which you could drop the gear, lift the landing leg and pitch it down onto the gear using RCS to control it down slowly an softly or not, it's optional.

-Transition UP has enough RCS to elevate you in the horizontal attitude when gear down on a moon or asteroid, like a harrier takeoff using extra RCS boosters underneath, linked to work with a gear down position.

For more realism, adjust the GYRO powers back down towards normalcy. I up'd them for easier handling craft as I know flying can be tricky for some, so this just improves stability, big time. You can also adjust Auto Pilot settings to help find the perfect balance of control if need be.

INTREPID "COMPARMENTS" WHERE UPLOADED BY SOMEONE ELSE they're just empty gear bays I liked and used.

*This pack was meant to be disected, anyone may upload individual craft from it for those who can't download larger craft files. Give no credit, feel free to share. 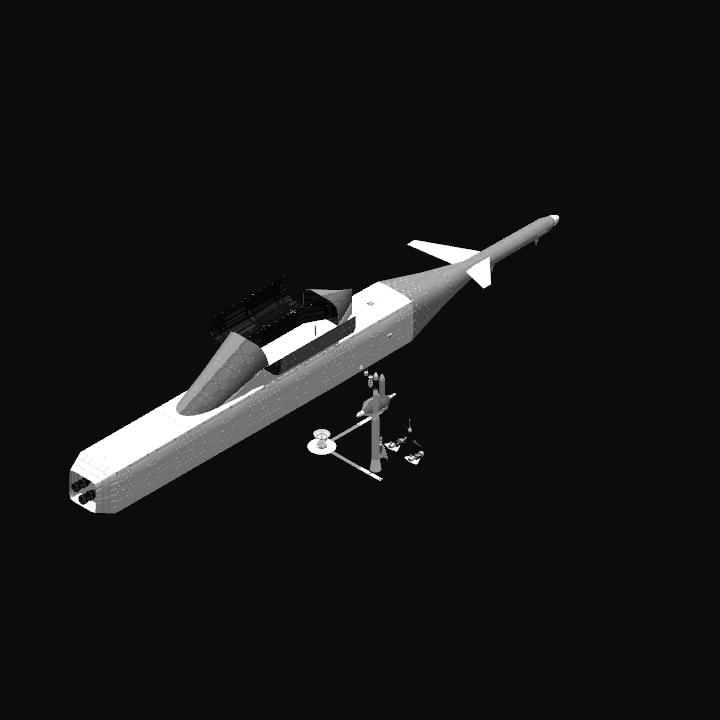 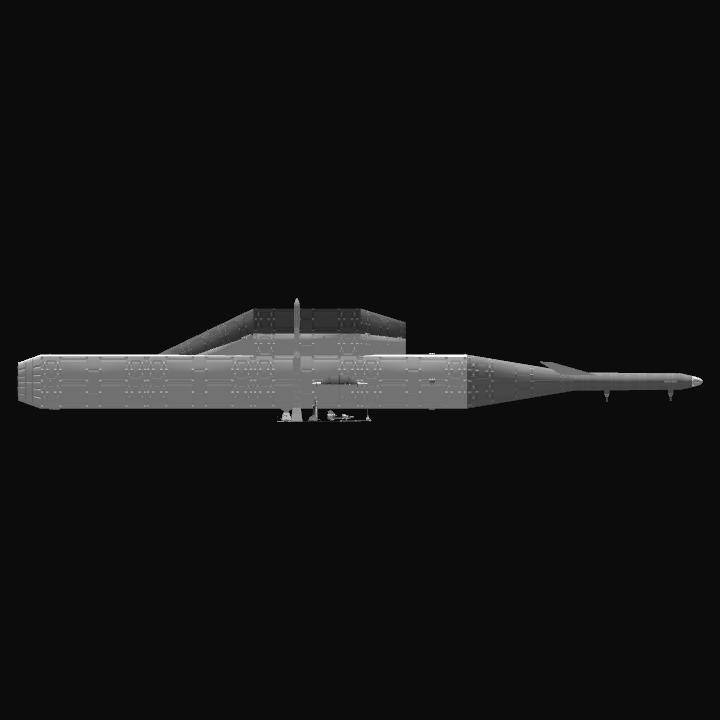 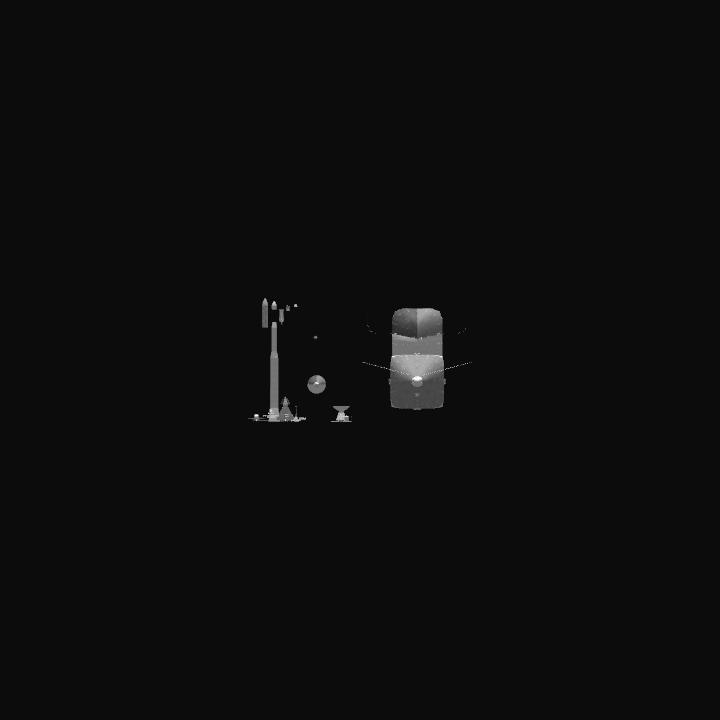