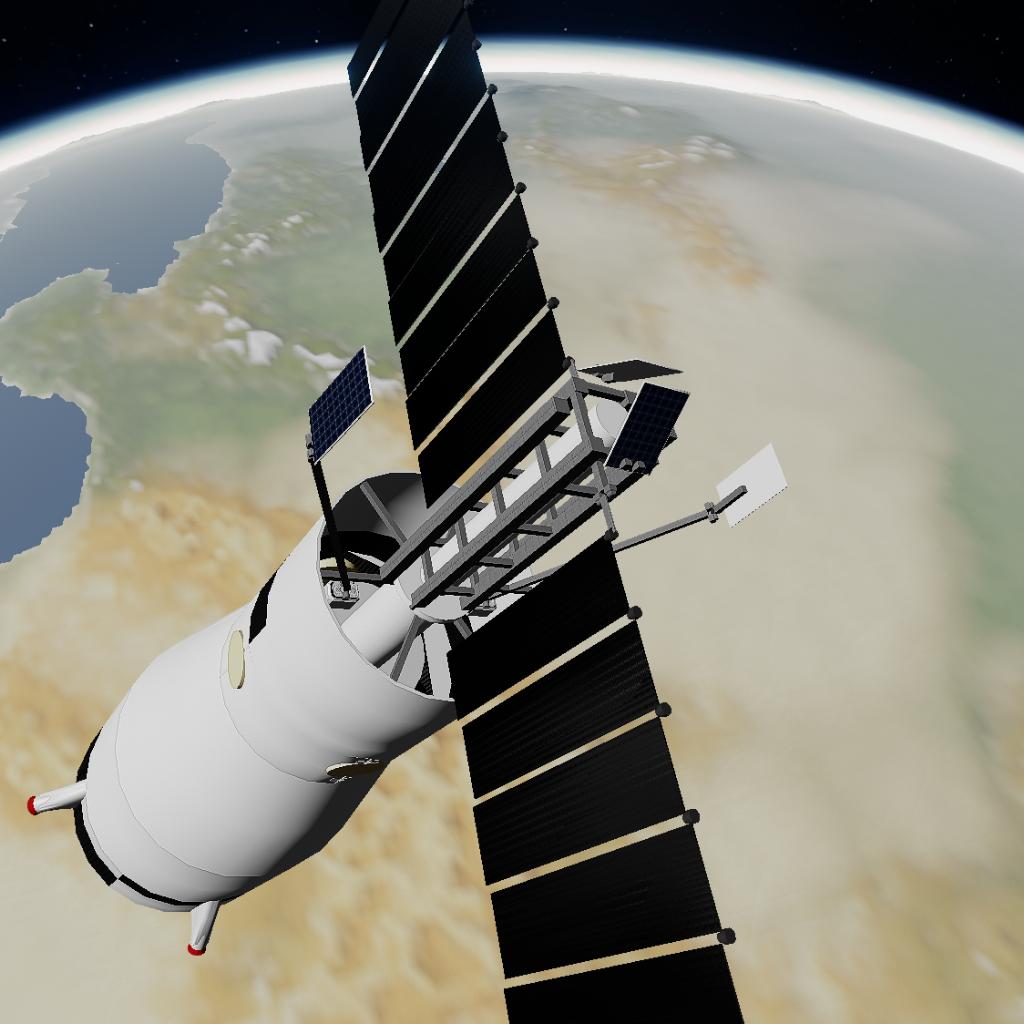 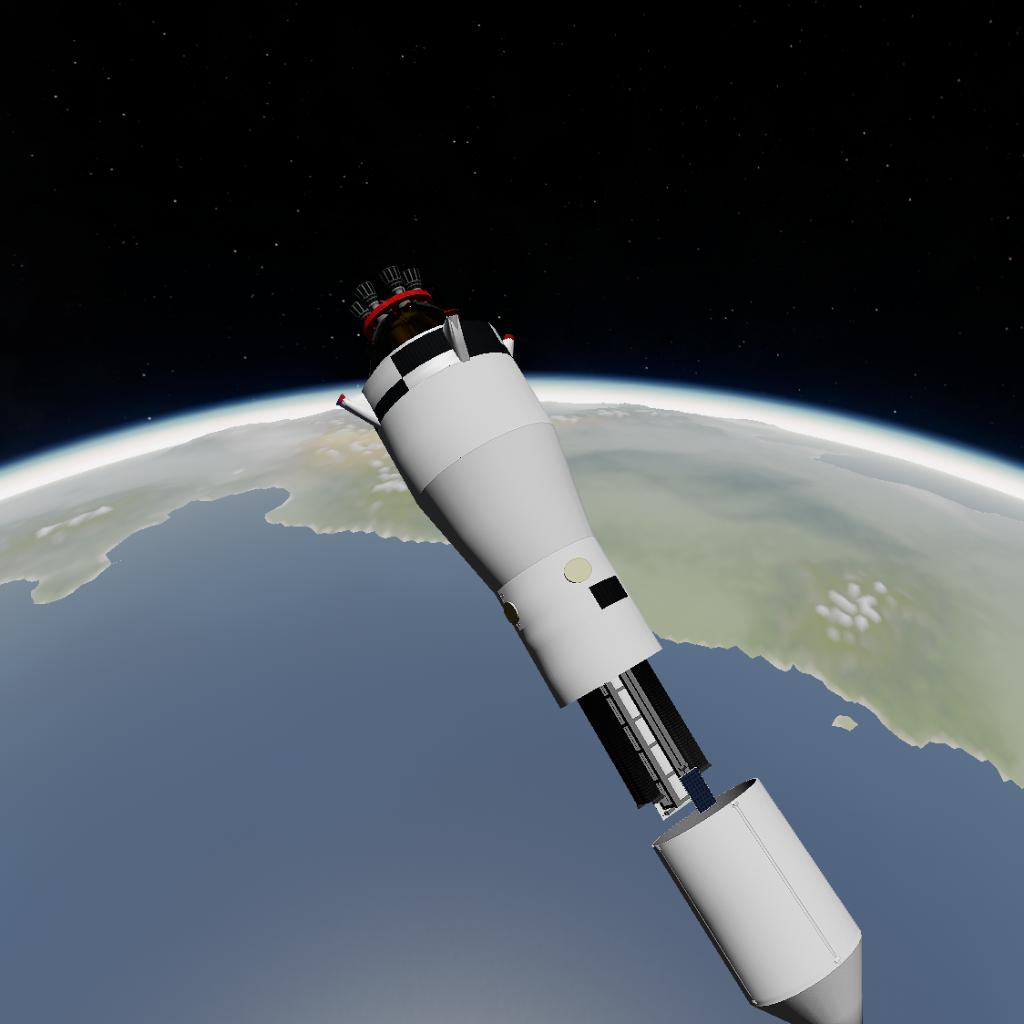 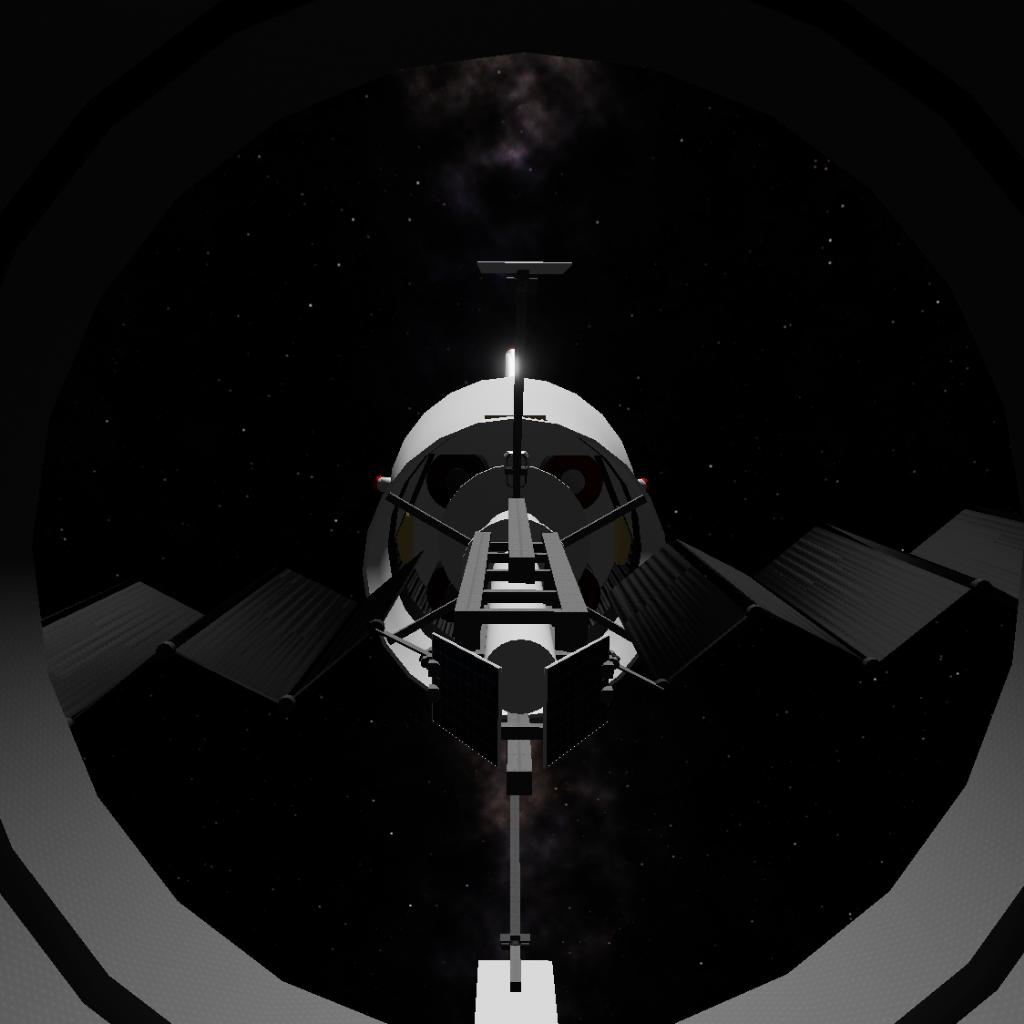 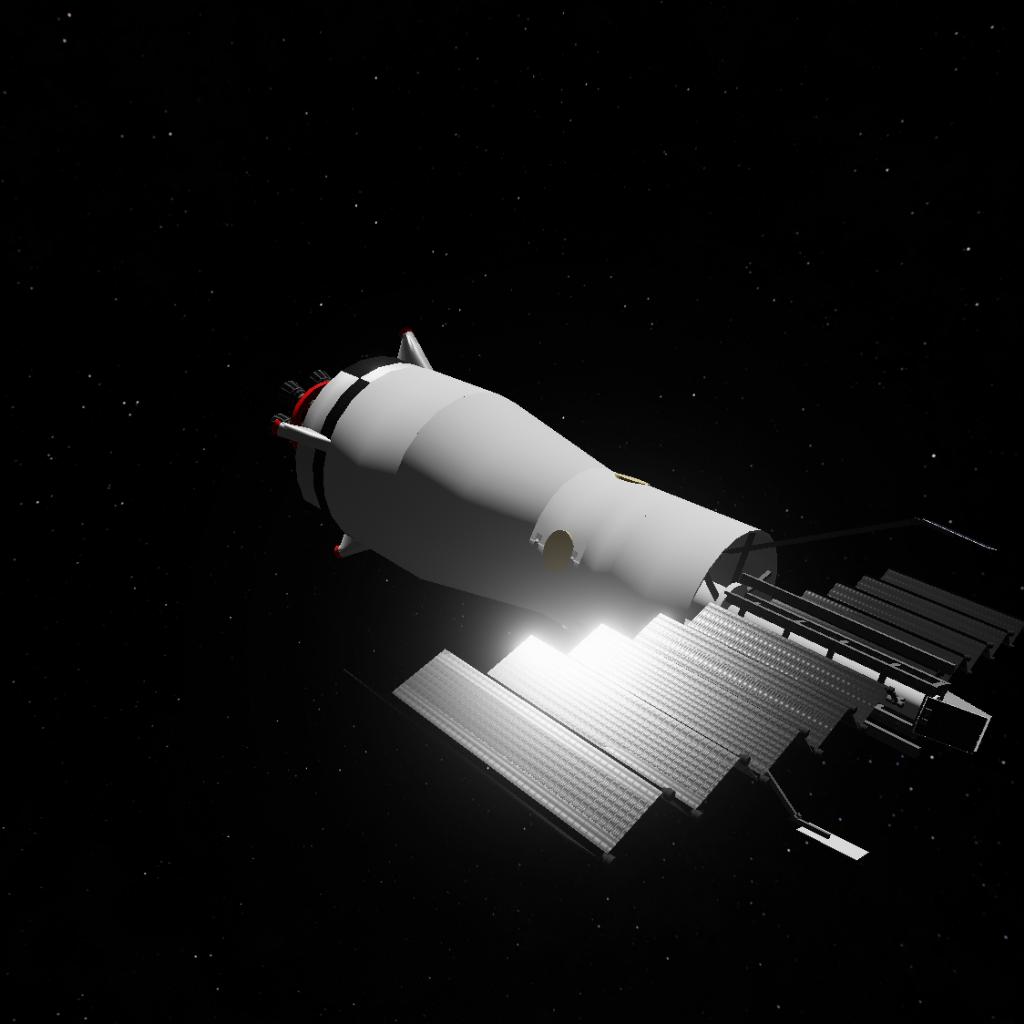 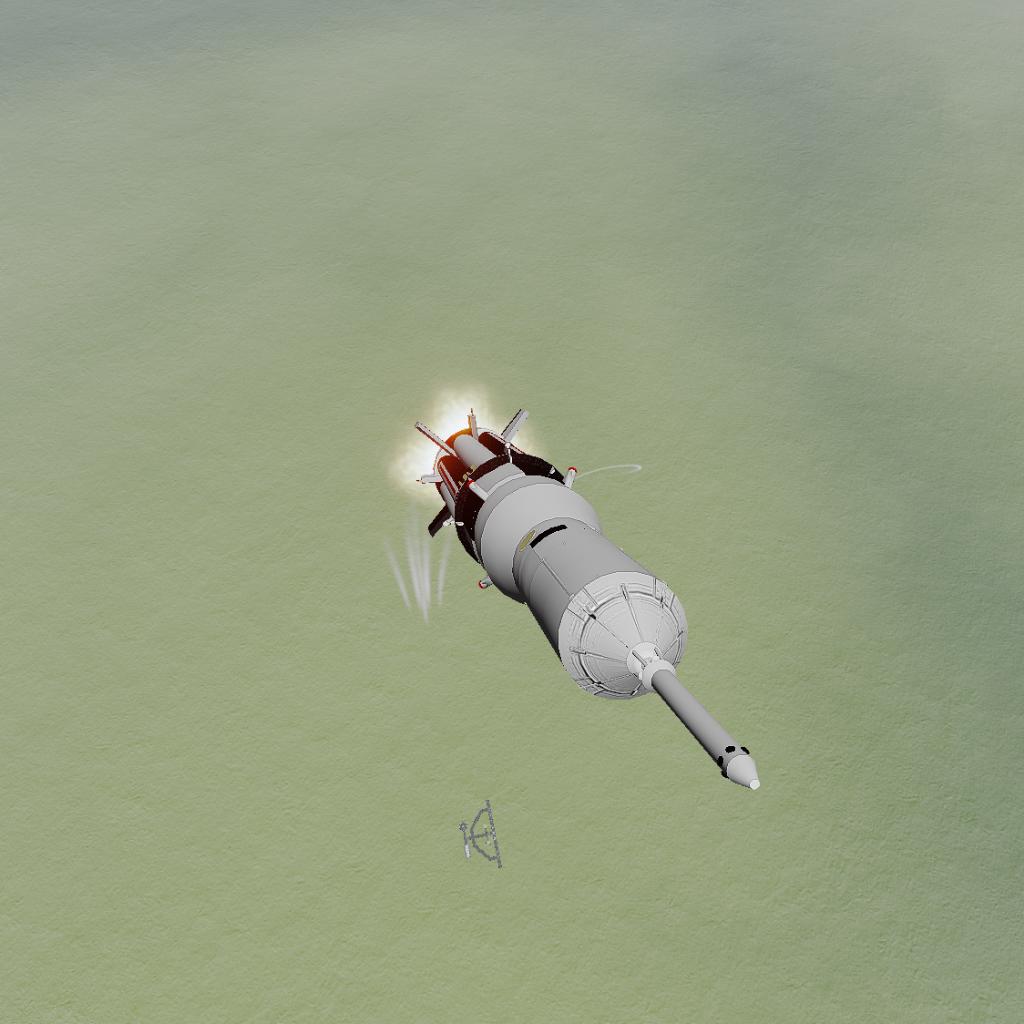 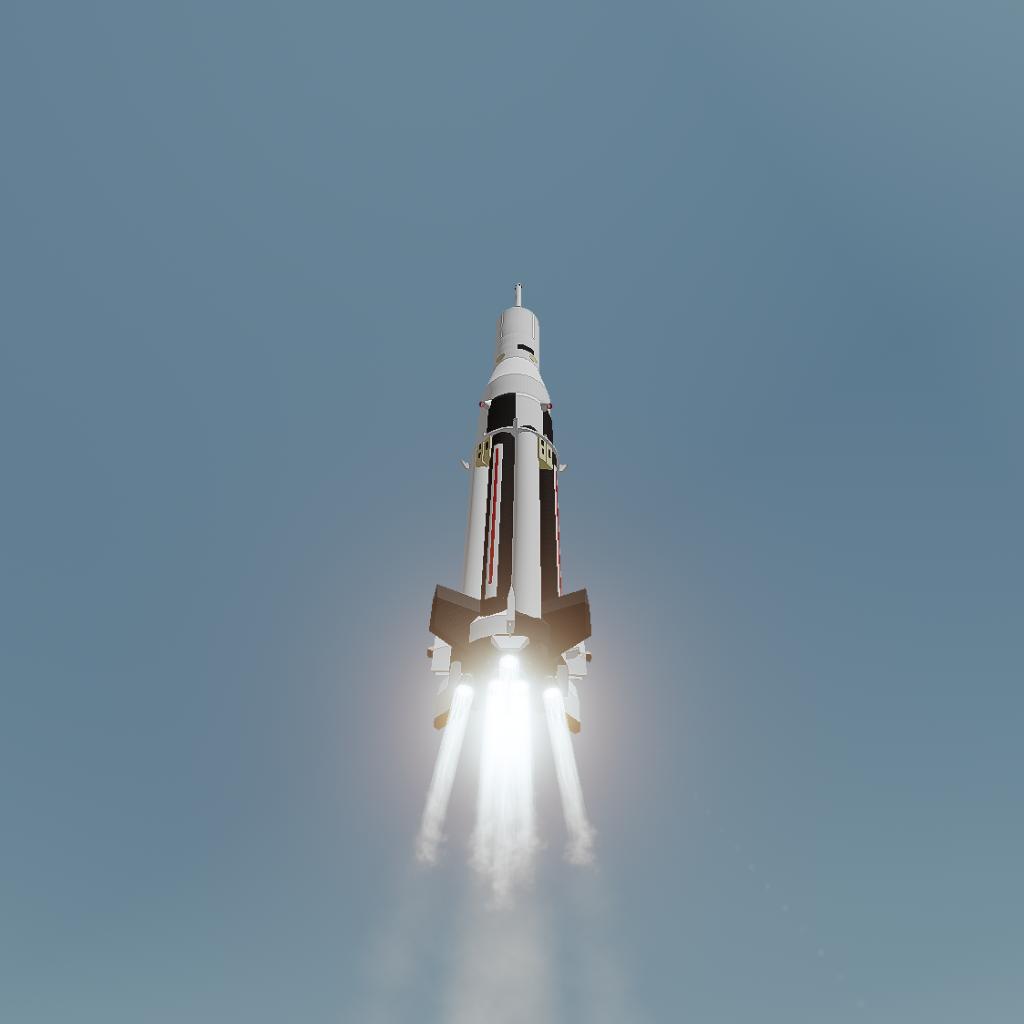 All specs were taken from technical manuals from Marshal Spaceflight Center and measurements from static displays of real rockets.

AS-103 was the third orbital flight test of a boilerplate Apollo spacecraft, and the first flight of a Pegasus micrometeroid detection satellite. Also known as SA-9, it was the third operational launch of a two-stage Saturn I launch vehicle.

Apollo boilerplate 16 was used for this mission (BP-16).

The spacecraft remained in orbit until July 10, 1985, when it re-entered the atmosphere and landed in the ocean.

The first stage was made of some Redstone tanks strapped around a Jupiter tank as there was no alternative for a larger tank. Von Braun was given a tight budget and a short deadline. People called it "clusters last stand" until they saw that it worked then everyone shut up about it. The S-IV stage with its 6 cryogenic RL-10 engines proved that this technology was viable.

This has a guidance Vizzy program so it should insert itself into orbit and deploy the satellite by itself. Launch of SA-9 and Pegasus I 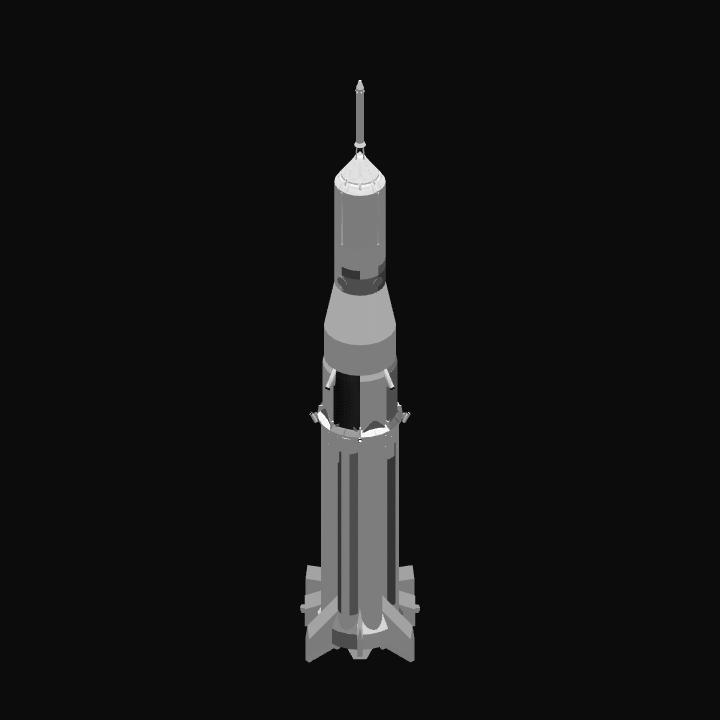 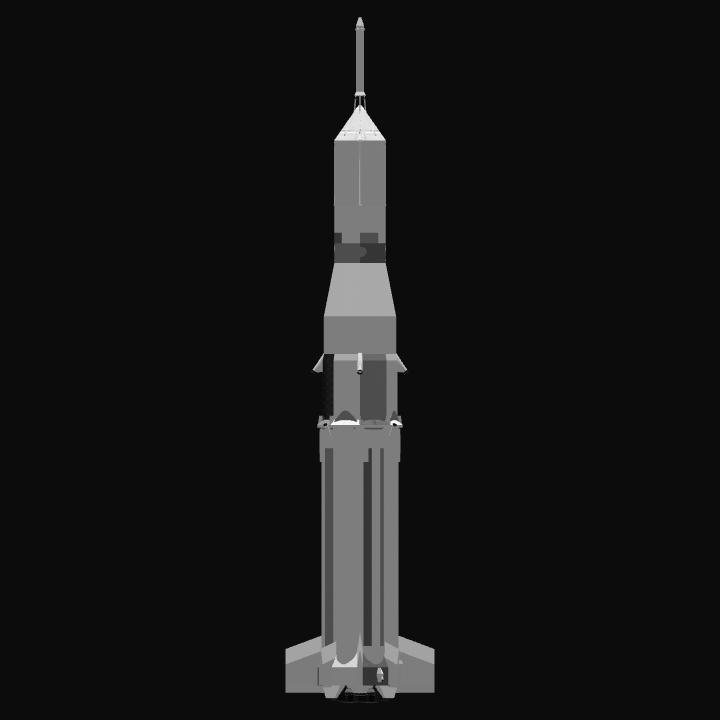 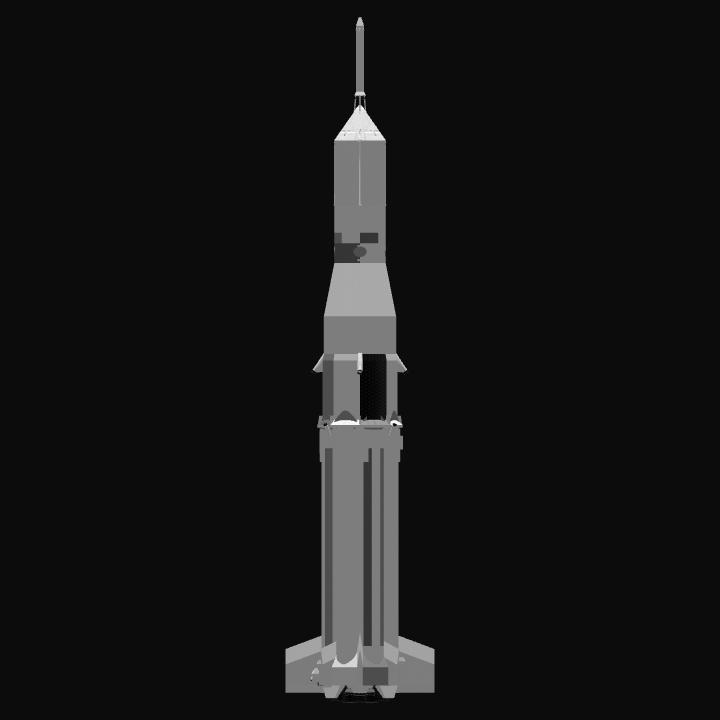