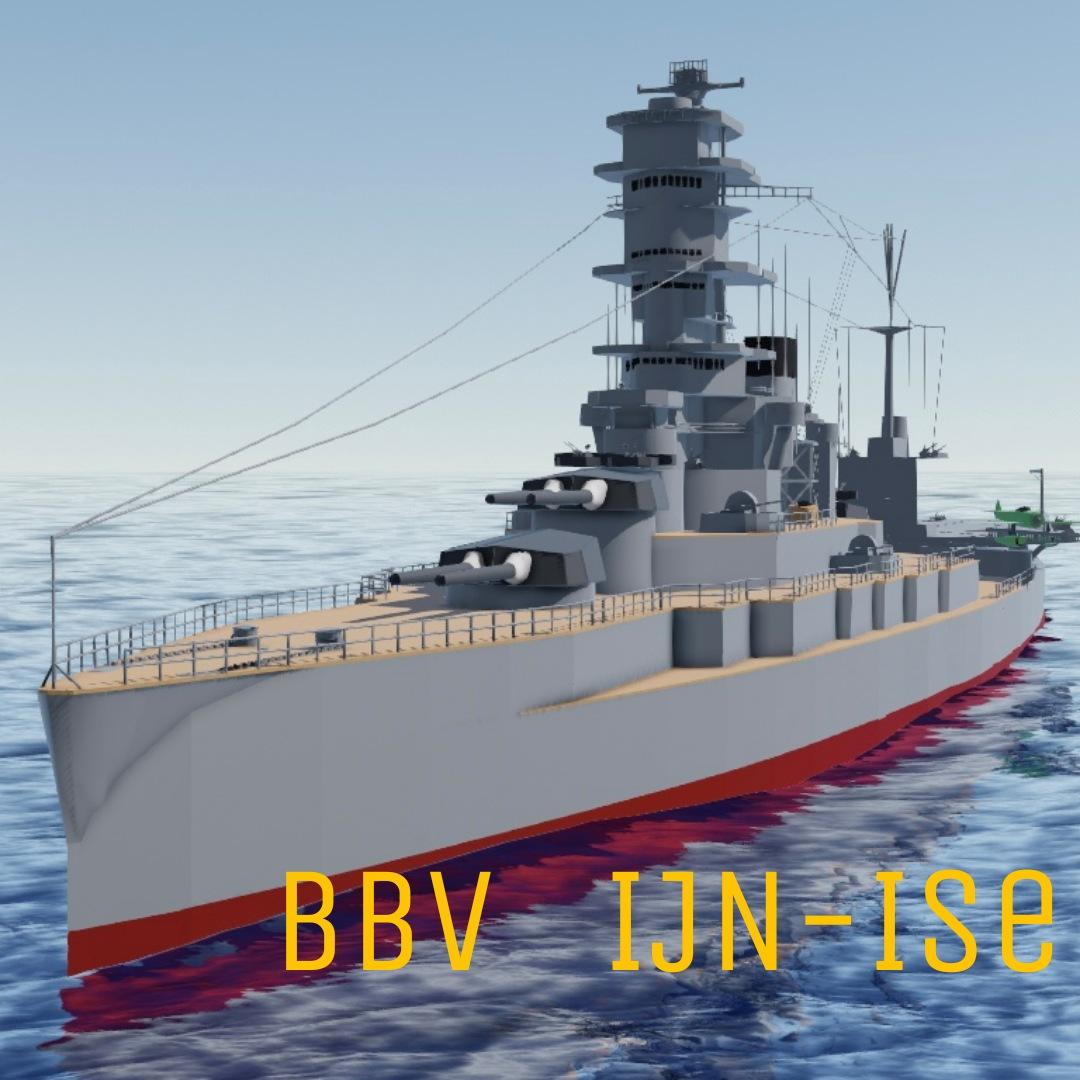 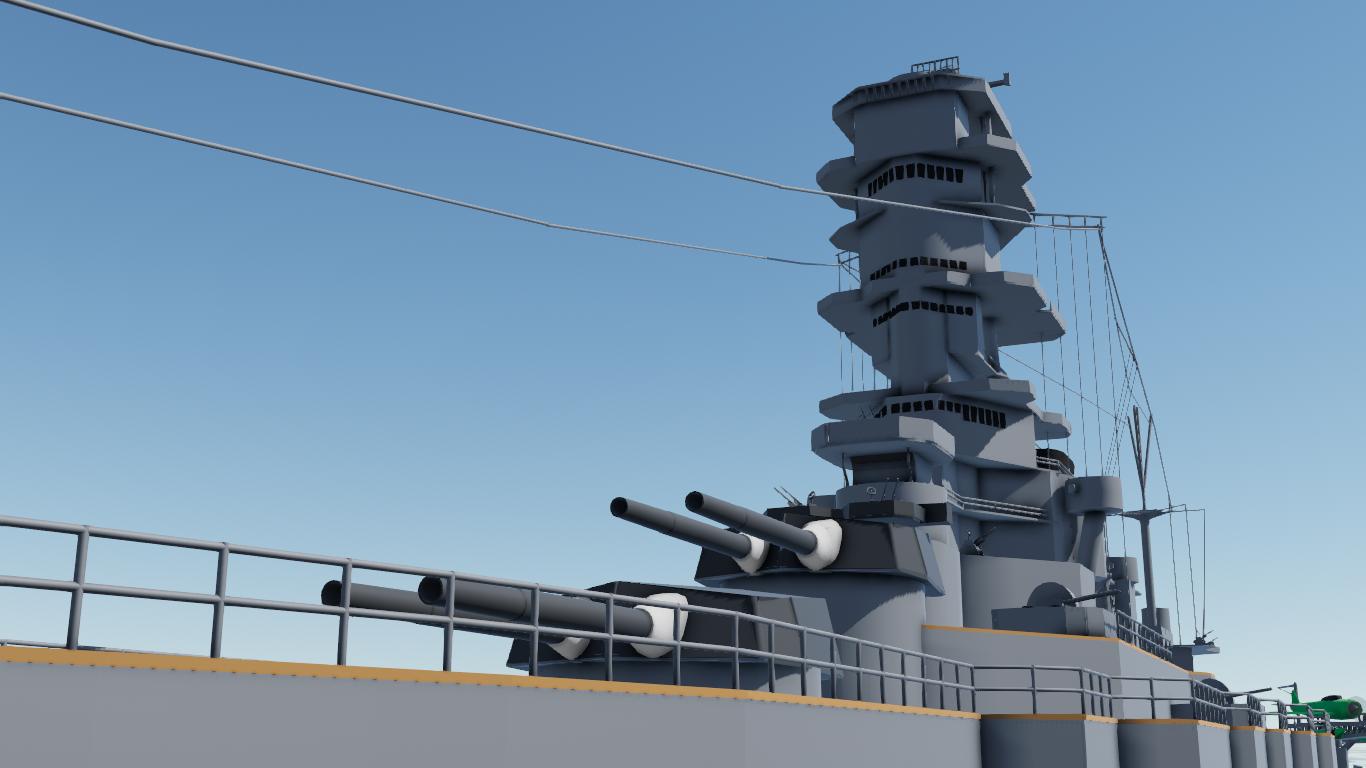 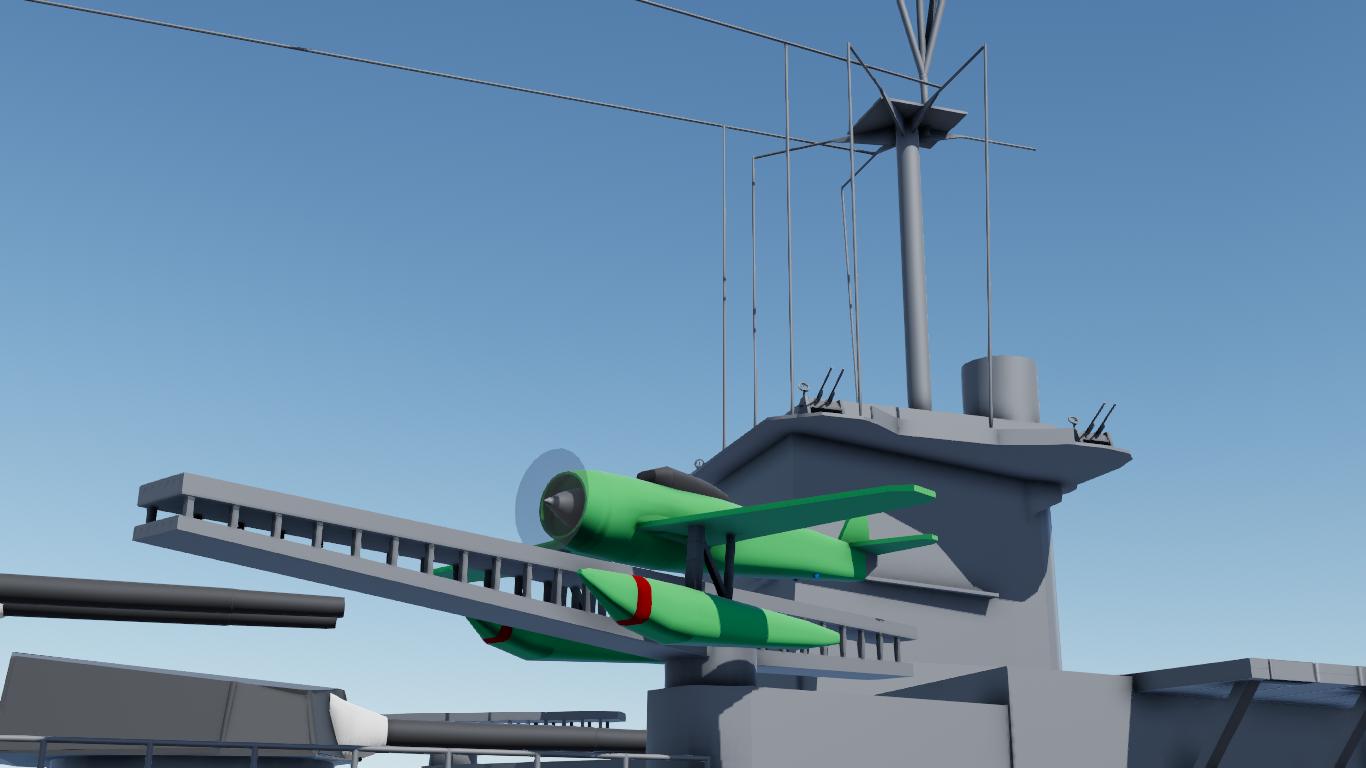 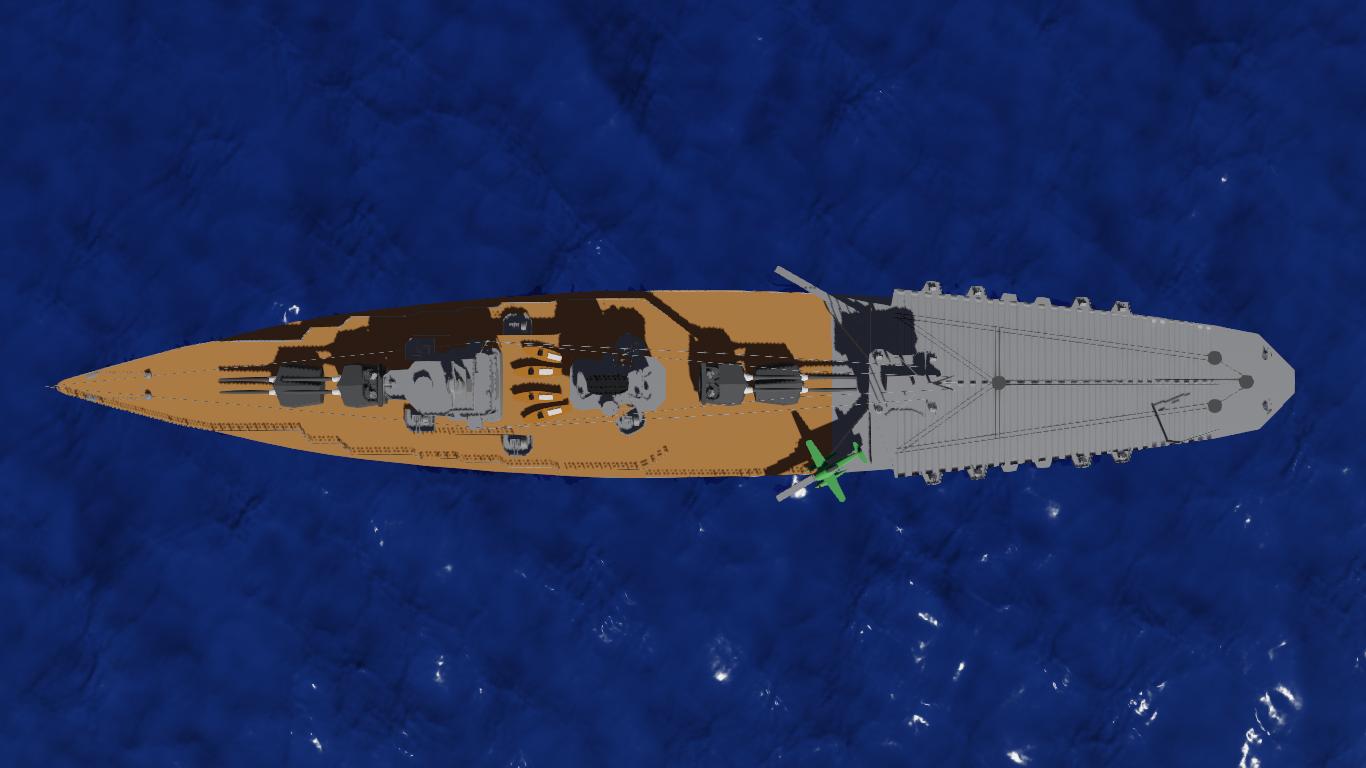 IJN Ise was built during the World War 1 period, was rebuilt throughout the 1930s, and met her end in the fighting of World War 2 at the hands of the USN.

Dimensions of Ise reached 683 feet in length with a 94 foot beam and a draught of 29.3 feet. Displacement was 31,760 tons under standard load and 37,100 tons under full load. The crew complement was 1,198 personnel. In her original guise, the warship held a two-mast profile with a pair of smoke funnels featured at midships. The deck line ran unobstructed from bow to stern. Primary turrets were positioned with two forward, two amidships and two overlooking the stern.

During an overhaul period spanning from 1928 until 1929, IJN Ise had her superstructure expanded some and better support for aircraft was introduced. From 1931 until 1932, the warship was the focus of a greater modernization effort when her AA systems were completely replaced for the better. Again the superstructure was expanded and become more in line with the "pagoda-style" common to other IJN ships. Her aft-section was modified to allow the launching of up to three recoverable biplane seaplanes from the stern from a single catapult system. More extensive reconstruction then arrived in August of 1935 and this lasted until March of 1937 - adding more armor protection and better power output.

——
Despite their reconstruction, Ise and her sister never carried the air wing in an operational role and thusly never tested as hybrid carriers during the whole of the war. Instead, the pair were primarily reserved as decoy ships during the games of "Cat-and-Mouse" between the IJN and the United States Navy (USN) during the Pacific Campaign. This was the case during the Battle of Leyte Gulf in October of 1944 and Ise was able to use her guns in anger during the Battle of Cape Engano as part of the same campaign. However, owing to shortages of simple resources such as fuel, the pair were seldom used towards the end of the war and languished in port. USN warplanes then affected IJN Ise's wartime tenure when they attacked her where she berthed on July 28th, 1945 - Ise taking two bombs during an assault on Kure that involved some 240 USN warplanes. In a final bid of desperation, Ise was reinstated as a floating Anti-Aircraft (AA) battery positioned between Kure and Kurahashijima and suffered another attack on July 24th, 1945 when sixty USN planes arrived. Additional damage led her to sink where she berthed and subsequent salvage efforts proved fruitless. She lay there until the end of the war in August of 1945 and, in November of that year, she was struck from the Naval Register. Her scrapping took place from 1946 to 1947 bringing about her formal end.

The sea plane can take off from the ship!(AG1)
Use throttle to control the speed of the ship
Thanks for downloading! 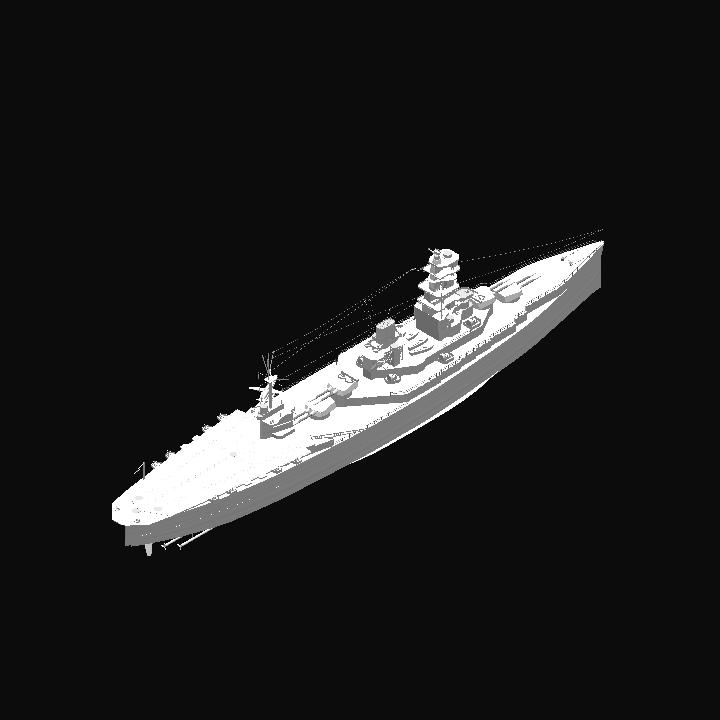 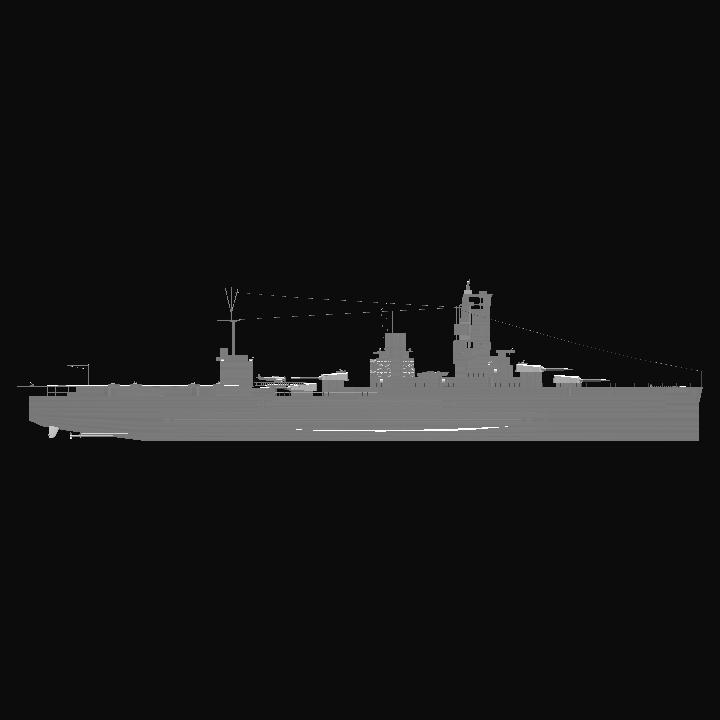 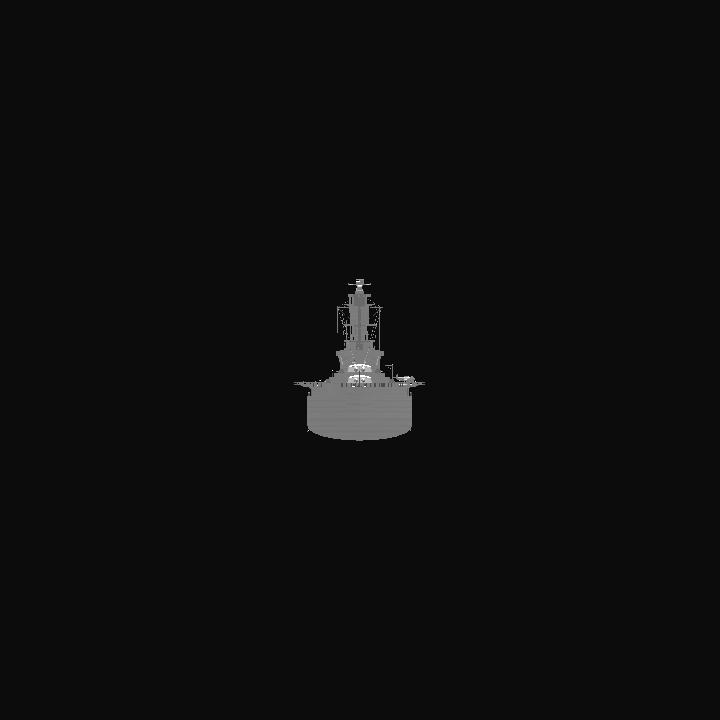