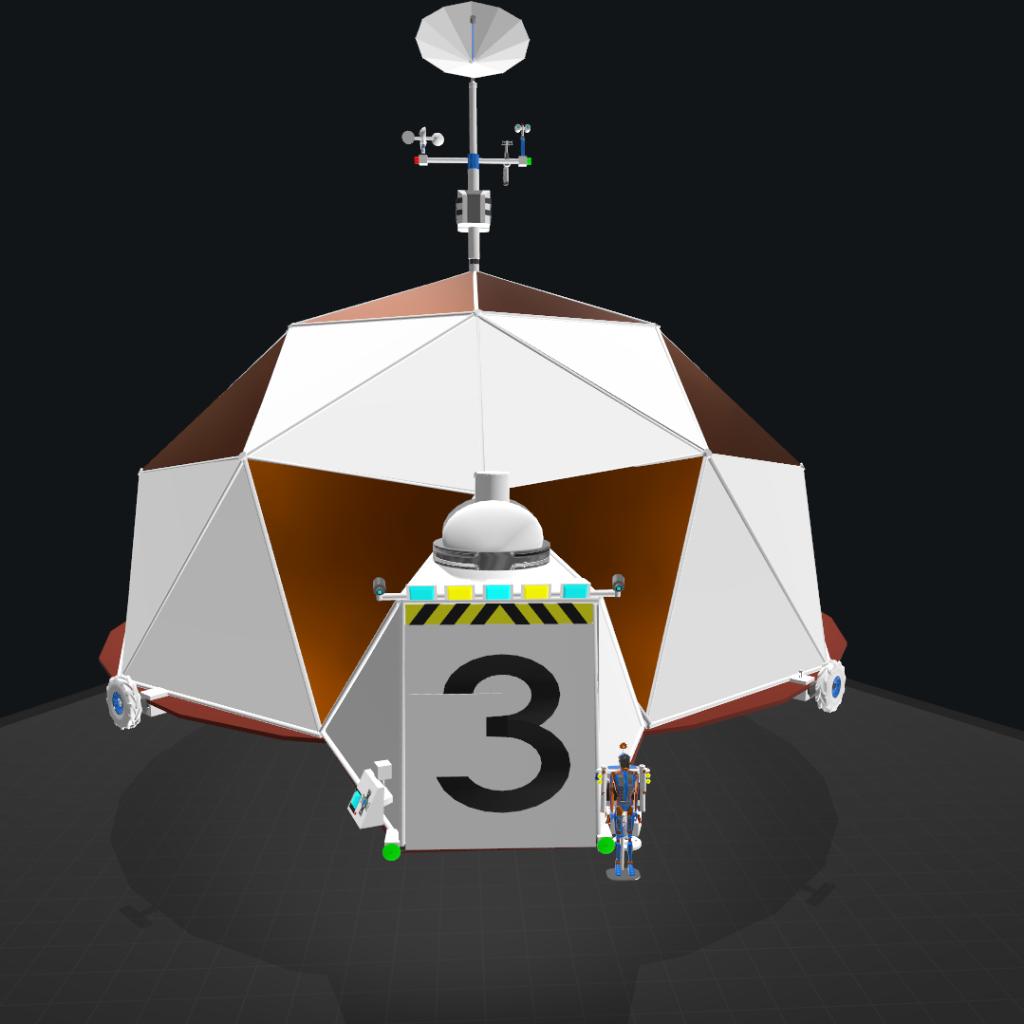 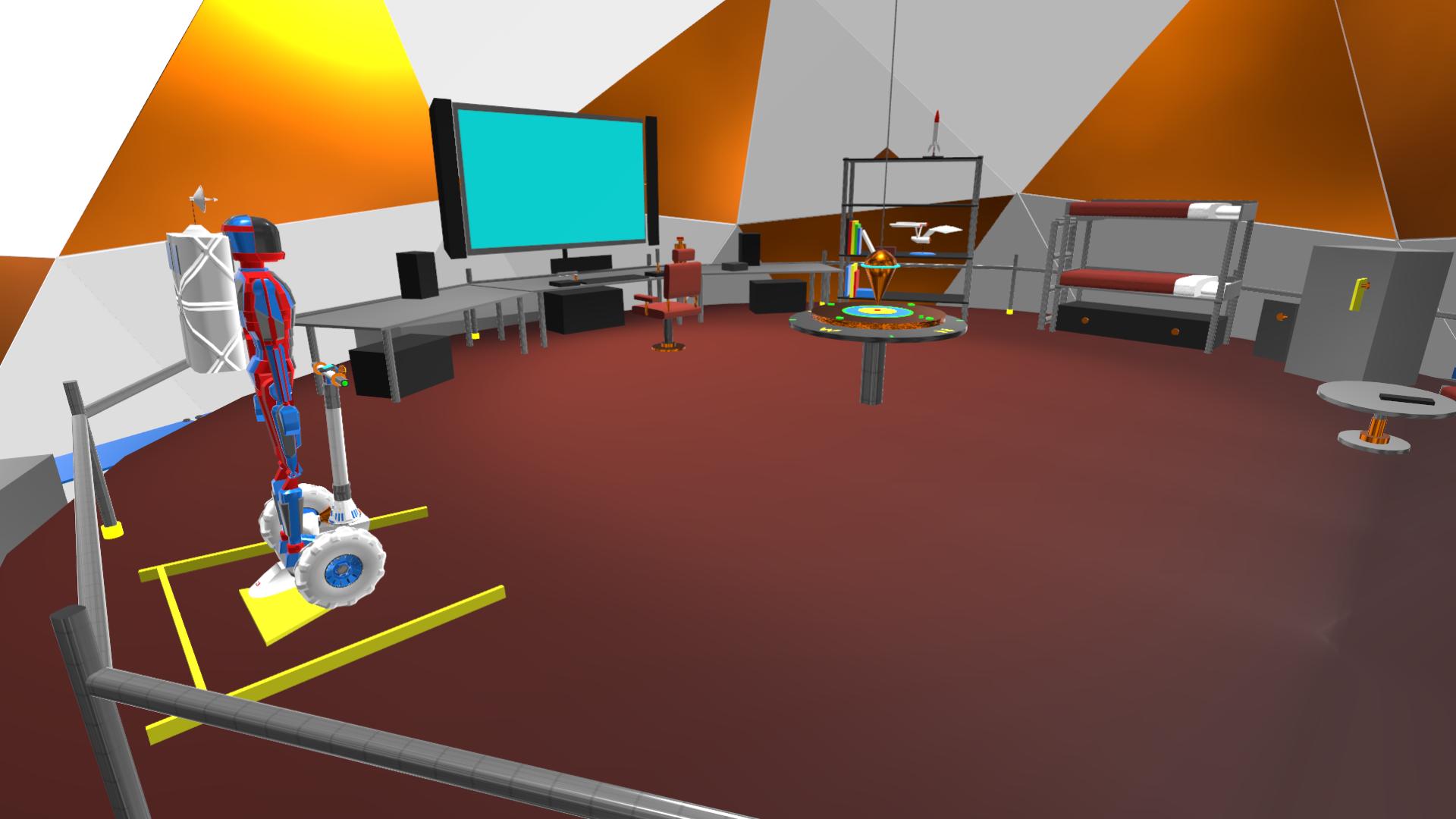 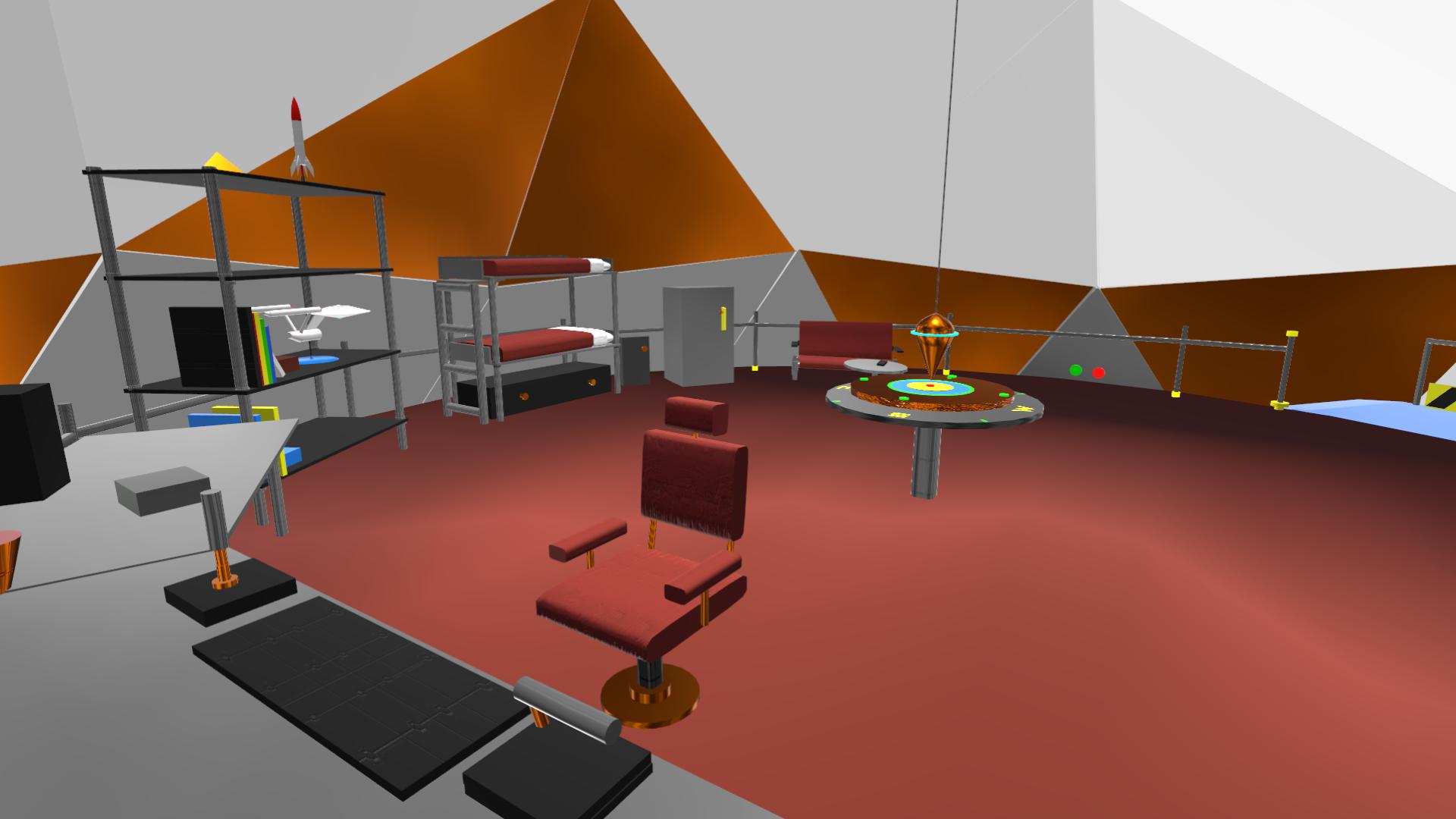 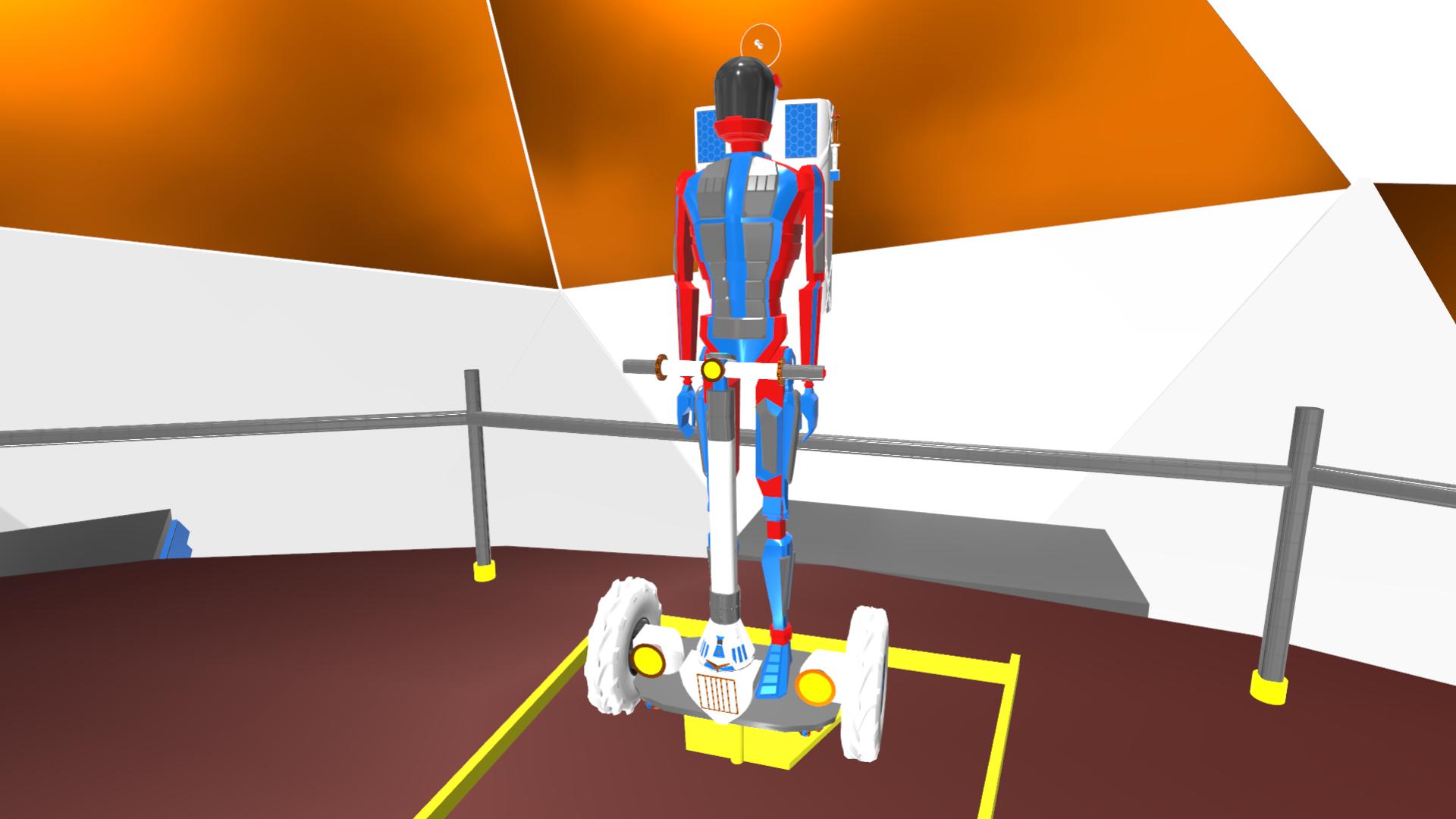 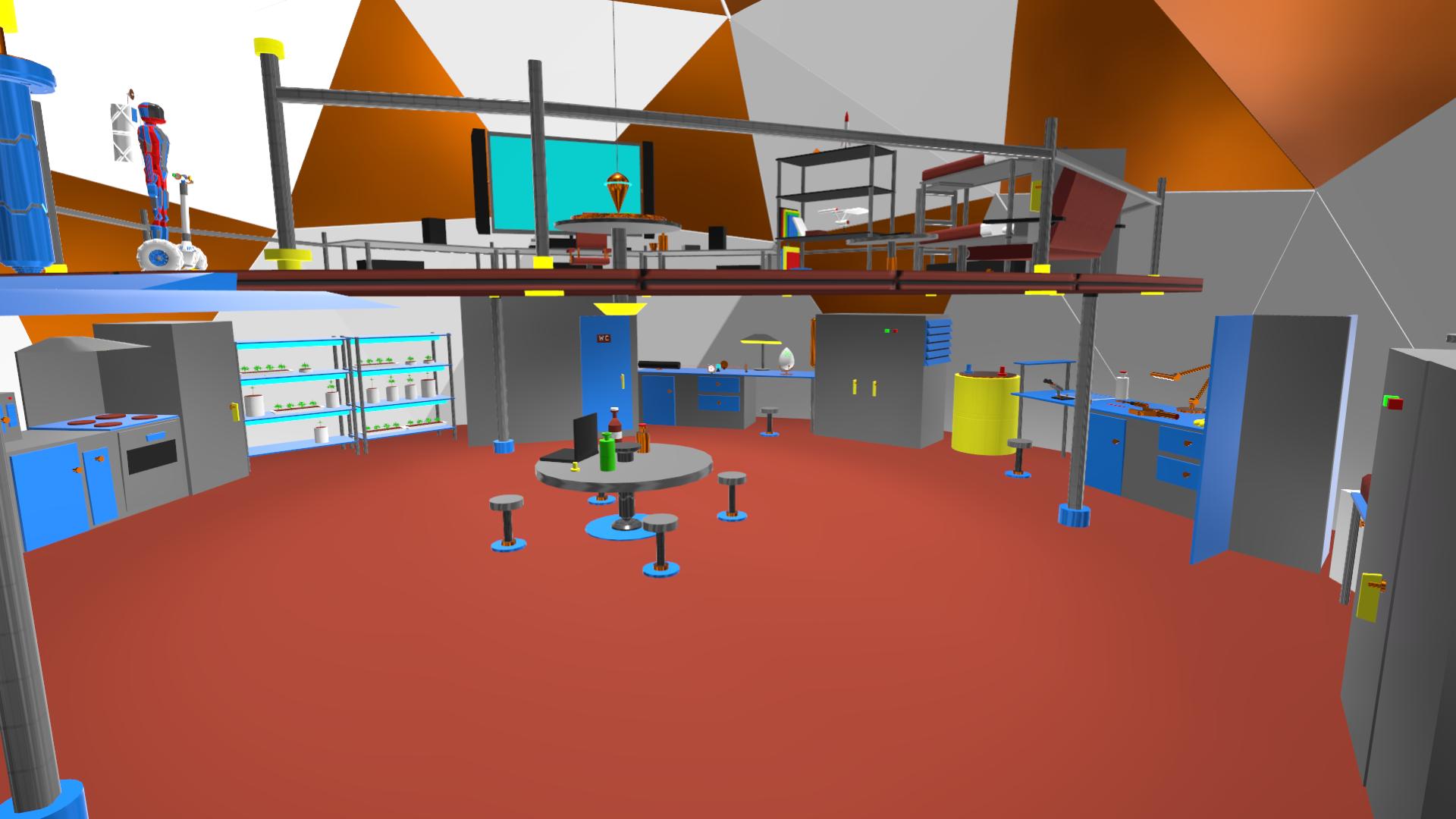 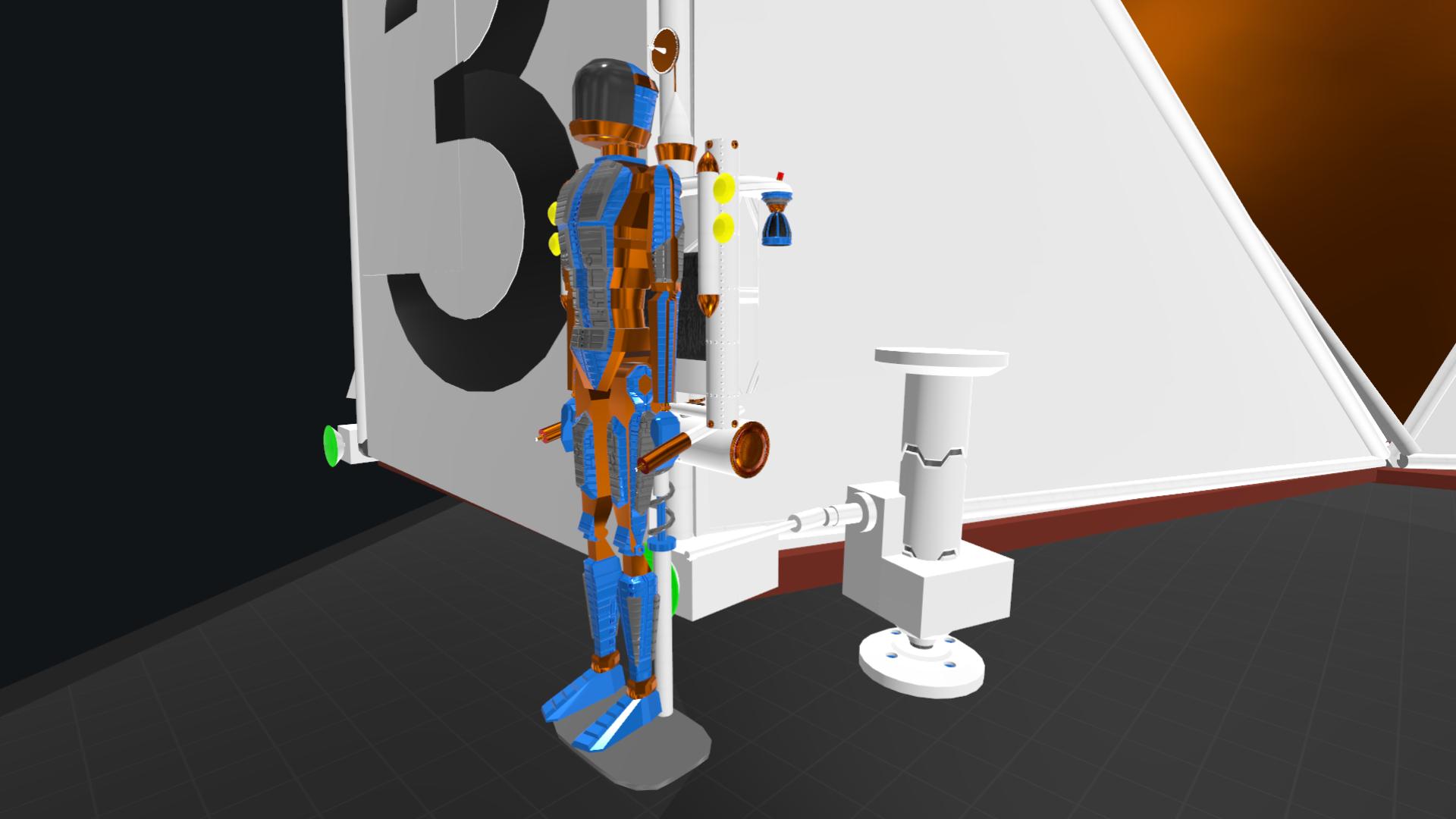 Outpost3 segway rocketman
Copy of this Doc at https://drive.google.com/open?id=1786UjbehkWdEsdXgbJYeSehRyc3iK7iM

This started out as an experiment - I wanted an all in one solution for a base that could level and adapt
itself to a large variety of terrain locations. There are some limits that may require spawning at an
alternate site, steep or usually irregular terrain can still cause the hab to fail and explode.

In the process of creating this I added a lot more content than I had originally envisioned - so if you are
looking for economy of parts? - this is not it. FPS warning
Hopefully SR2 adds their proposed "welding feature' since it would be a welcome addition in this circumstance
in countering those FPS issues.
Perhaps I will make an Outpost3 'lite' version with less content and vehicles released separately.

All Parts are stock

Leveling Note: There are many ways to determine whether the Hab is level or not. The Nav compass is useful as a
rough level indicator. After pondering a command pod gyro system as feedback as well as other ideas. I reverted
to the classic plumb bob idea out of simplicity. [Tip]*When using the plumb bob to help level the Hab,
time acceleration can be used to quickly stabilize the plumb bob. Make sure when applying time accel that you do
so only when plumb bob is directly over the center red dot during it's swing, or the time acceleration will do
little good.

For those that want a procedure for optimal results see below.

Step 1. Load Hab and allow it time to settle on surface before releasing Rocketman.
Hit Return and Spacebar this will lower Rocketman's landing gear(stand). Once lowered he can be released
via hitting space bar again.

Step 2. Rocketman should be primary control, Hit return to initialize gyro then fly and park him a few
yards distance from the hab ramp and door. Now cycle back to the hab via [ ] or click on the Chip near
the Hab's external terminal to enable hab controls.

Step 3. Orient Hab rotation — The Hab has a central spindle which can be raised and lowered to allow hab to
rotate 360' with the help of 4 wheels that can be rotated and engaged (via throttle) to cause the hab
to turn very slowly. Record direction of front door NSEW when done- then turn this Activation Group Off
(Hab rotation can be especially useful in finding a flat level area of ground for lowering the ramp onto)

Step 4. Level Hab (preliminary) record values of each piston — then turn this Activation Group Off
(Time accel can be used to more quickly level the Hab - *also see[Tip]above)

Step 5. Lower the ramp to minimally touch the ground — Record the setting — then turn the Activation Group Off

Step 6. Recheck plumb bob if Hab level, If not, make small adjustment to desired piston while the hab level
activation group is off. When satisfied with the new number — ONLY then turn on the activation group to
see what effect it has. Repeat as necessary.

Step 7. Orient Mast — Set to desired direction. I try to set direction North or South so that the Solar Panels
Can always adjust to track the sun as it goes East to West.

Caution: There is no fine thrust control for Rocketman so be careful when applying thrust to not overdo it.
I have attached some ballast for easier control and a shock absorber to the stand to minimize G's
during landings. These can be discarded via hitting space bar. Some may find landing without the
stand easier. There is an additional ballast/fuel tank which may also be discarded via space bar.

Other notes: The Rocketman Gyro is strong enough to stand rocket man upright if he falls over — but if you
run into orientation trouble — either inflight or on the ground Rocketman's RCS can be engaged.

To exit the Hab with the Segway you must toggle back and forth between Hab and Segway controls in order to
operate the elevator and navigate through the airlock.

I have made a copy of the Hab without Lighting for safekeeping should the light option change in the future.

Since this is my first upload, any improvement suggestions are encouraged and welcomed
Hopefully I have supplied enough info for people to enjoy this.

Thanks to diegoavion84 for his light.exe inspiration and pedro16797 for use of his Light Part
Some Issues I had:
I had to redesign some items since the light feature seemed to cause interchanges and intakes to glow quite
brightly. Caution with lowering the ramp. Try to avoid forcing the ramp down any more then necessary or it will bow
upwards at the hinge and create an obstruction in the doorway before potentially breaking altogether.
Adjust the ramp height incrementally to just touch the surface of the terrain for best results. 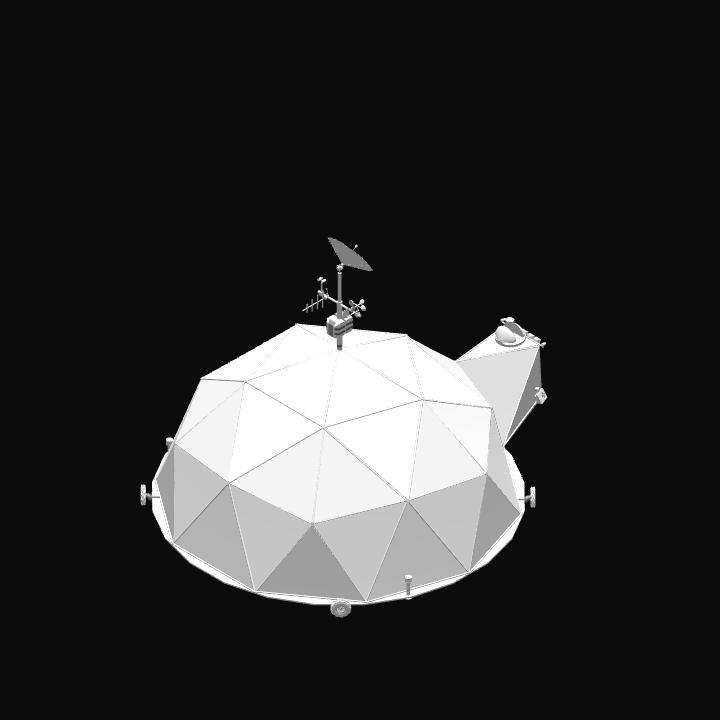 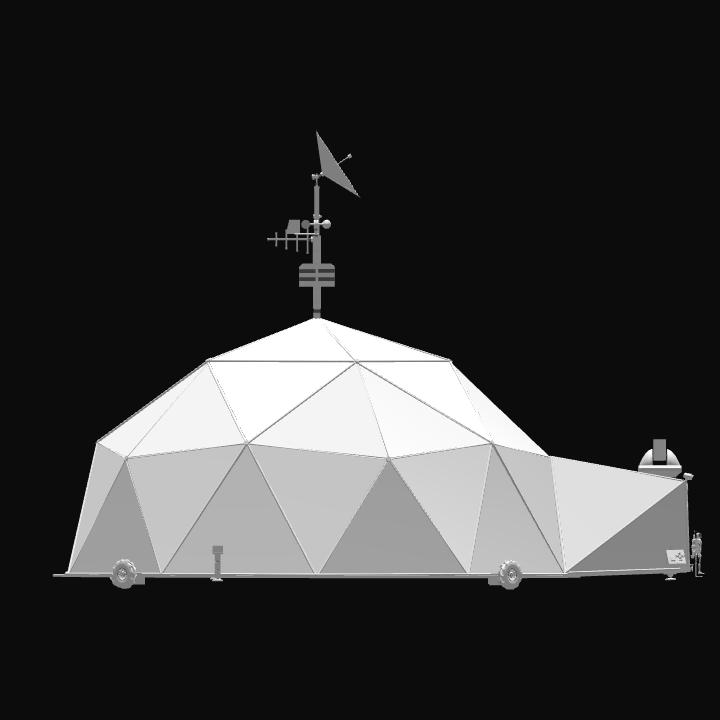 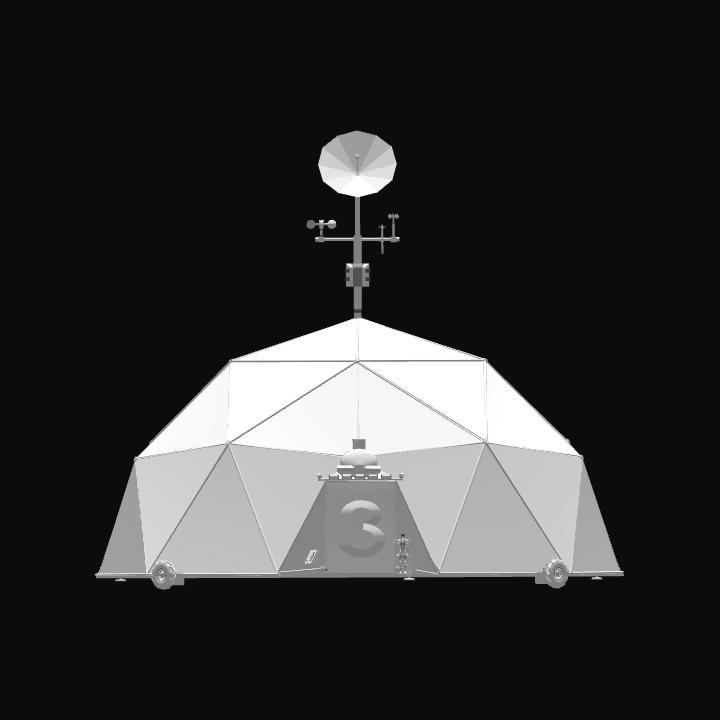