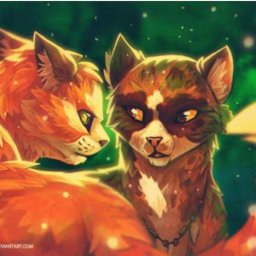 Hello I'm Gen3ralInterstel1ar and I'm still relatively new to the game and I hope to be able to give you guys cool craft!!! My space company is Interstellar aerospace, Atlas vehicle corporation, Merlin Rovers. I am using the kerbal system, inner planets system, ESS for my creations, and I play on a tablet so the craft cant be super big, I also don't have discord or youtube or any social media outlets so this is the only way to contact me. And yes I'm a fan of the Warriors series by erin hunter. I have also gotten a HP pavillion so I am using that for Planet studio currently, Once I figure out the mechanics of the ship editor will I upload craft from it.
Inner planets by, @HyperPatch
Kerbol system v1.1 by, @SergejGrauberger
E.S.S by, @ComplexRockets, @JastroOne1, @Pedro16797
Simple Universe, @Onecubic
Feel free to to use my craft in movies or videos
I own:
Semi crew transport.
The Atlas series of trucks
Atlas radar truck.
Atlas cargo truck.
Atlas work truck.
Atlas Muscle car.
Atlas school bus.
Atlas 18 wheeler.
The Merlin series of cars and vans and S.P.M.T
Merlin terrestrial SUV.
Merlin built S.P.M.T
Mosquito rover series
Mosquito rover.
Mosquito rover truck.
I.R.M.A (which stands for Interstellar Reconnaissance Manned Aircraft or I.R.M.A)
Interstellar hopper series
Interstellar hopper t-1.
Speedy scout rover.
The bush is always watching!!
Interst3ll4r S4nd6l4st3r
Needlepoint satellite
I now own the Roman system.
Junonian system.