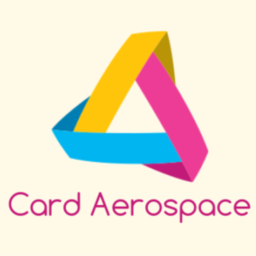 Card Aerospace Inc.
Changing Droo one step at a time
CARDAEROSPACE.WIX.COM/SIMPLEROCKETS
Our Mission is to pave a road to space, and eventually Cylero. That is coming quickly, all because of the Explorer V. The reason CA was founded was to open the doorway to Cylero and beyond!

THANK YOU FOR THE SUPPORT!

Card Aerospace's most recent rocket, the Explorer 5 is a reusable single-stage-to-orbit rocket. It has two stages but the first can get you to orbit with easily. The first stage is recoverable by parachute and engine. We have tested the second stage to low Brigo orbit and low Droo orbit. The Block 1 version will be released in about a week, and after block 2, and 3 there will be the final version, Block 4. Block 4 will have a cargo configuration and a crew configuration. This will be Card Aerospace's most advanced rocket yet, so be sure to watch for it!

Block 1
Planned:
CACS-1 (This may be going on the iSpace Beta)
Card Aerospace Cubesat-1
"BRIGO LUNA TT (BLT)" Satellite (This will help us learn more about Droo's moons)
NOTE: THERE MAY BE MORE BLOCK 1 MISSIONS BUT THIS IS IT FOR NOW.

Block 2:
Droo International Telescope.
NOTE: THERE WILL BE MORE BLOCK 2 MISSIONS BUT THIS IS IT FOR NOW.

Block 3:
Demo-1 Uncrewed test flight of the explorer spacecraft for future crewed missions.
NOTE: THERE WILL BE MORE BLOCK 3 MISSIONS BUT THIS IS IT FOR NOW.