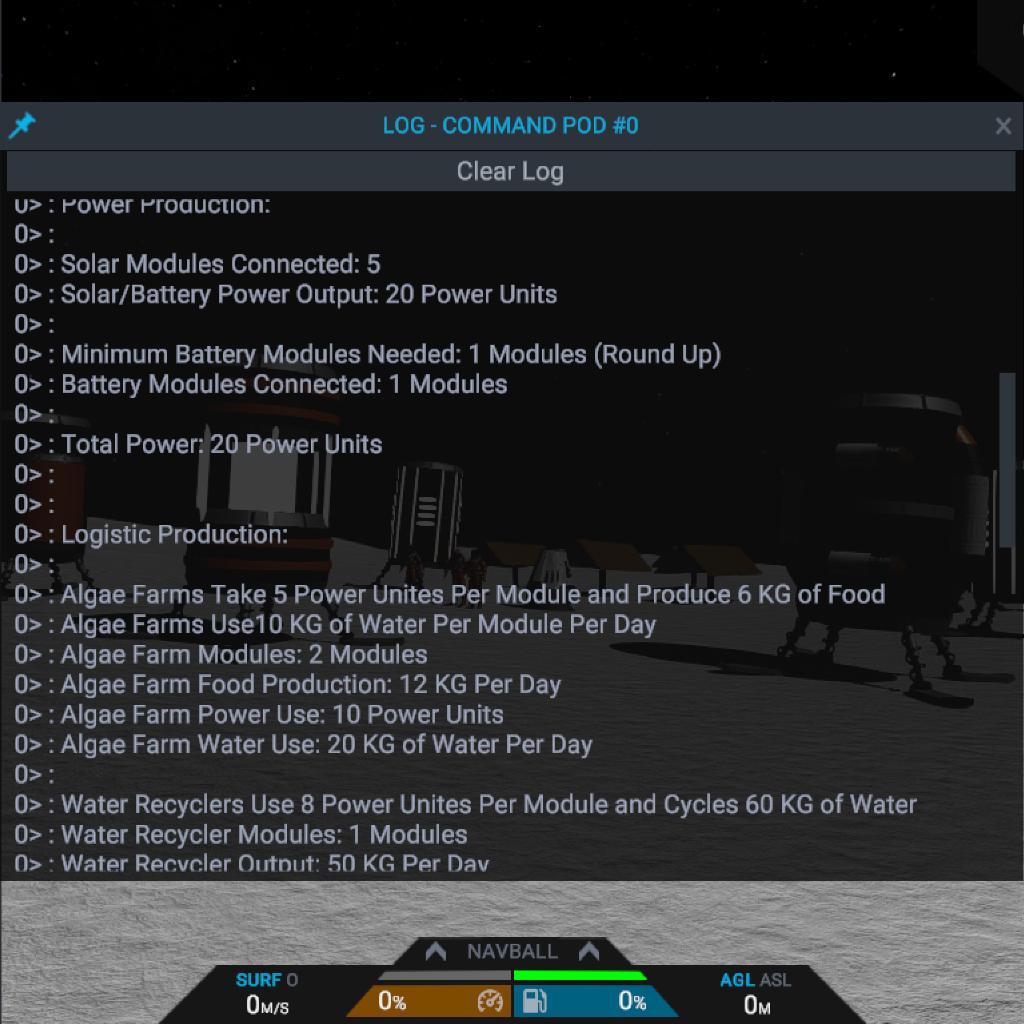 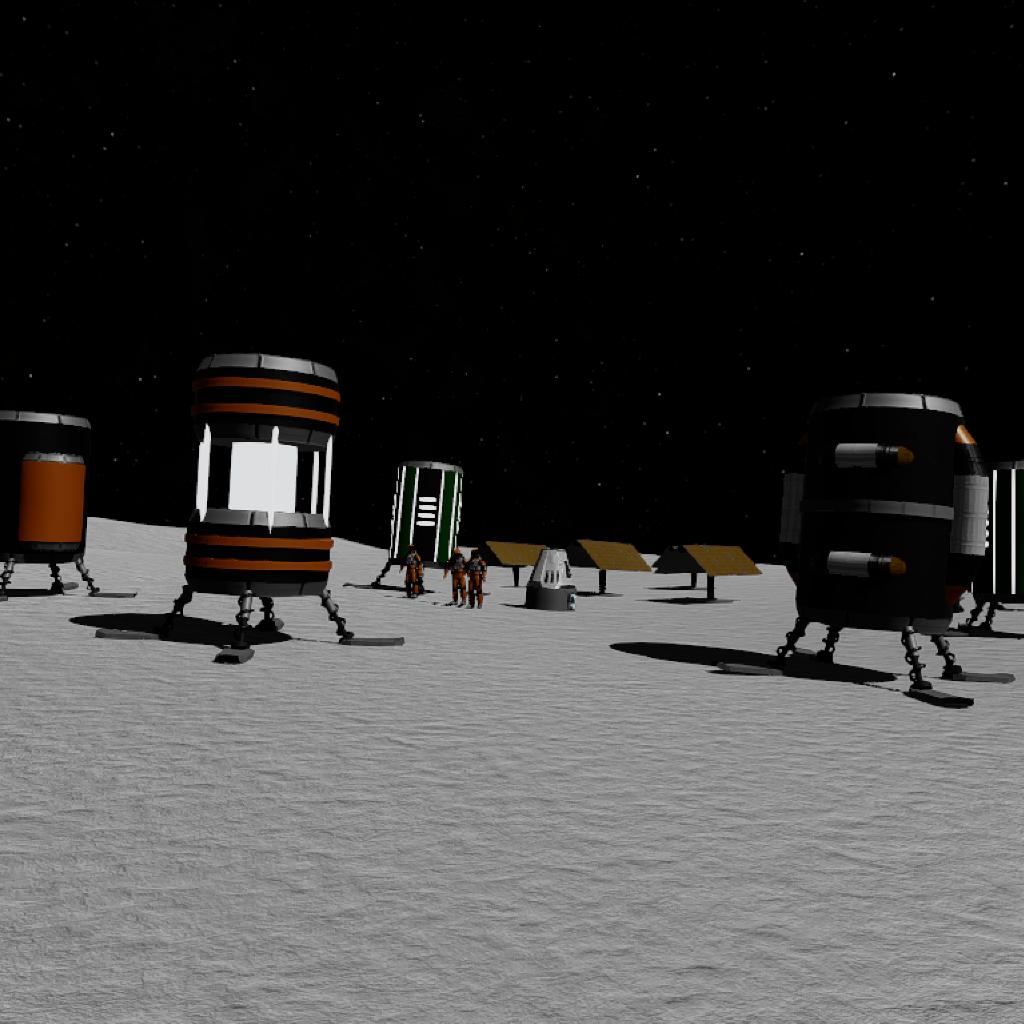 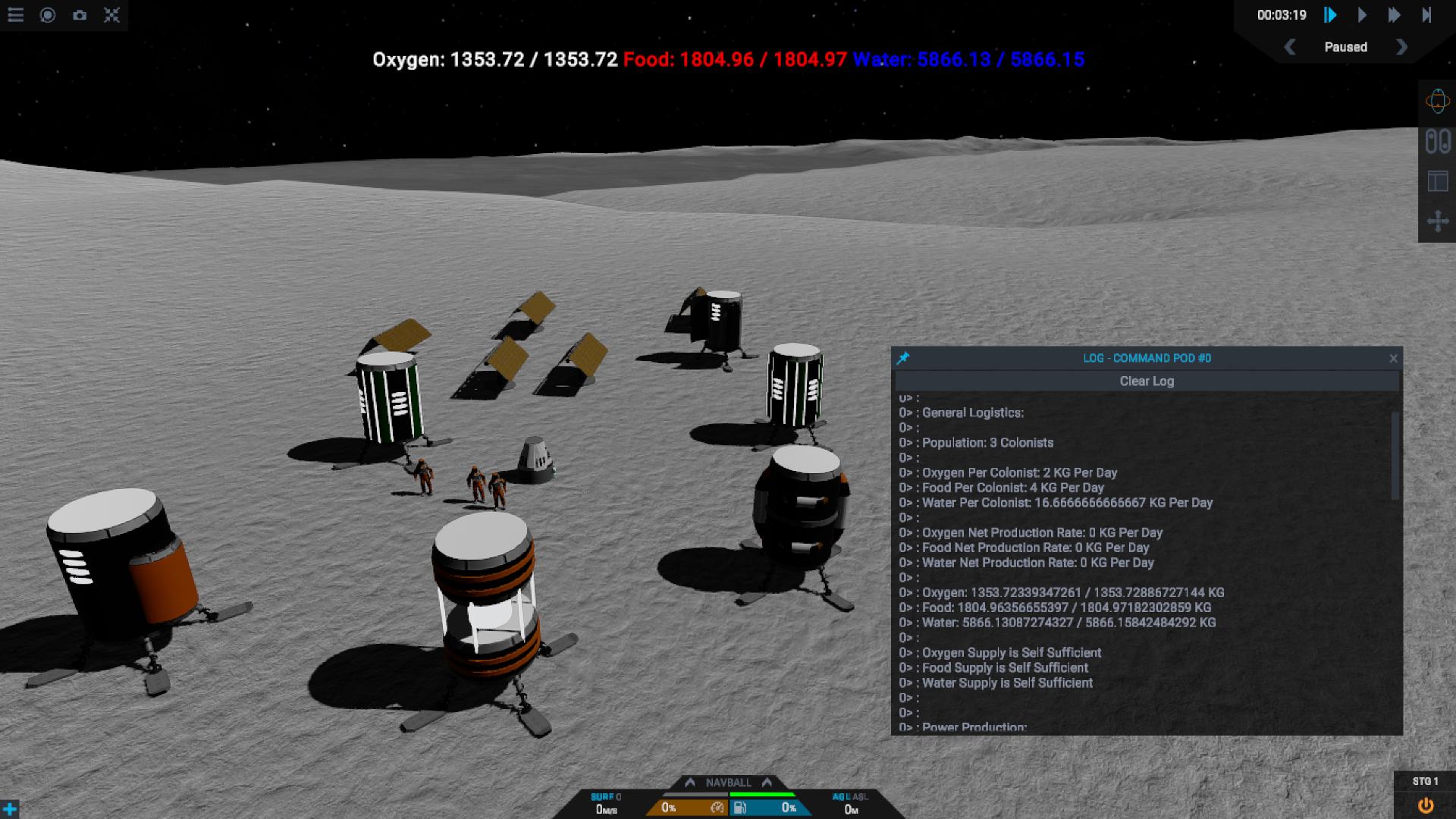 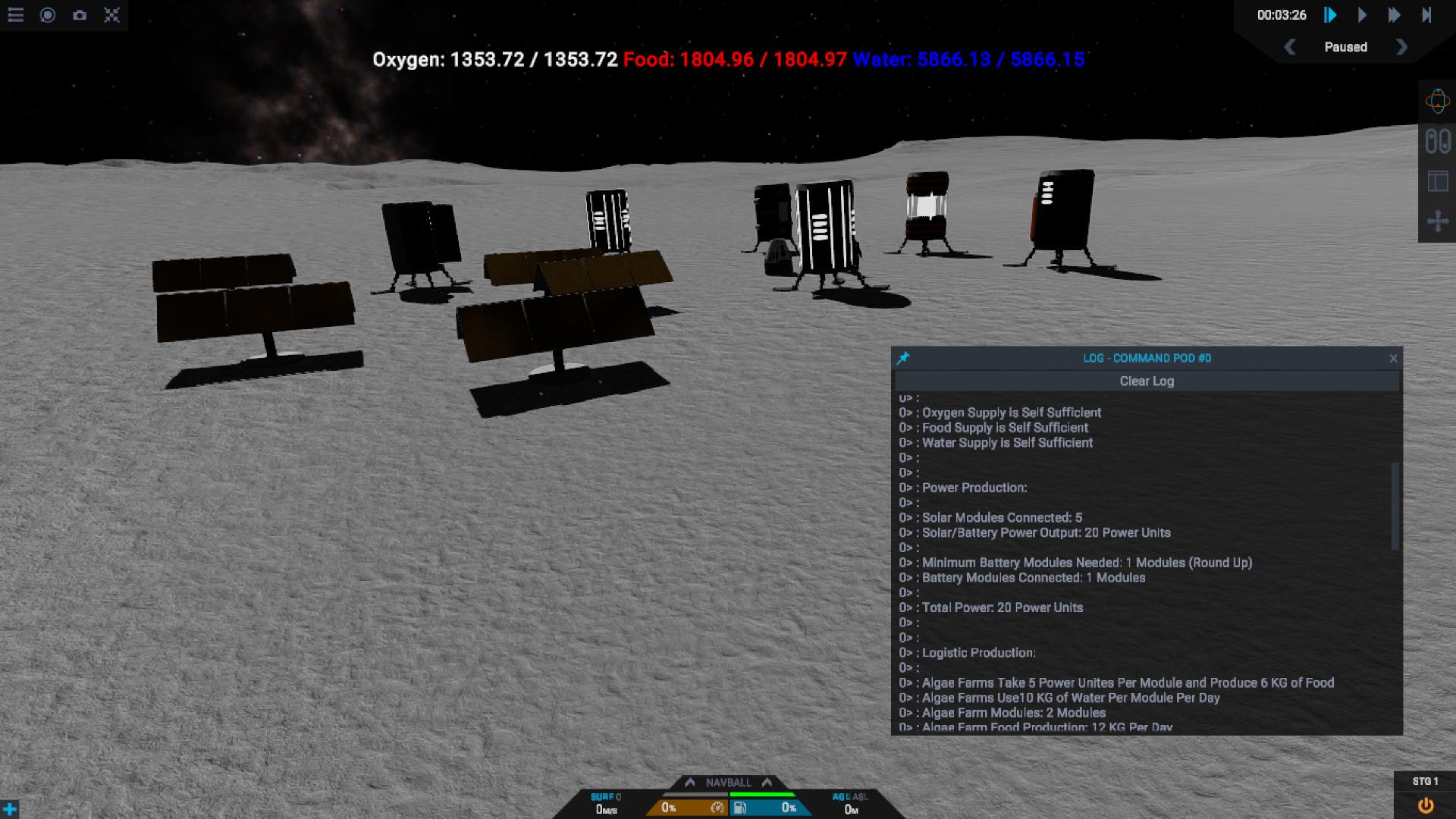 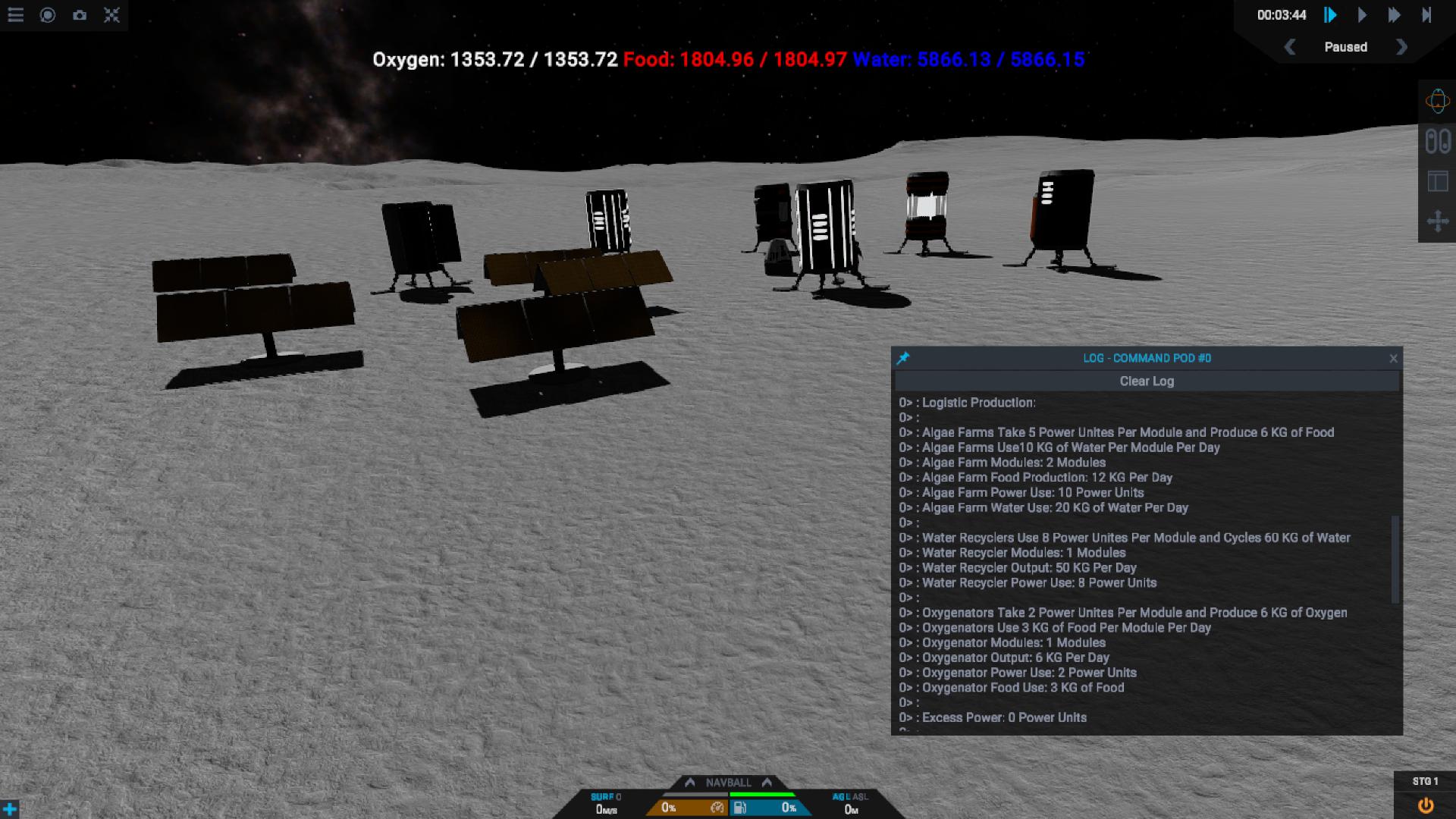 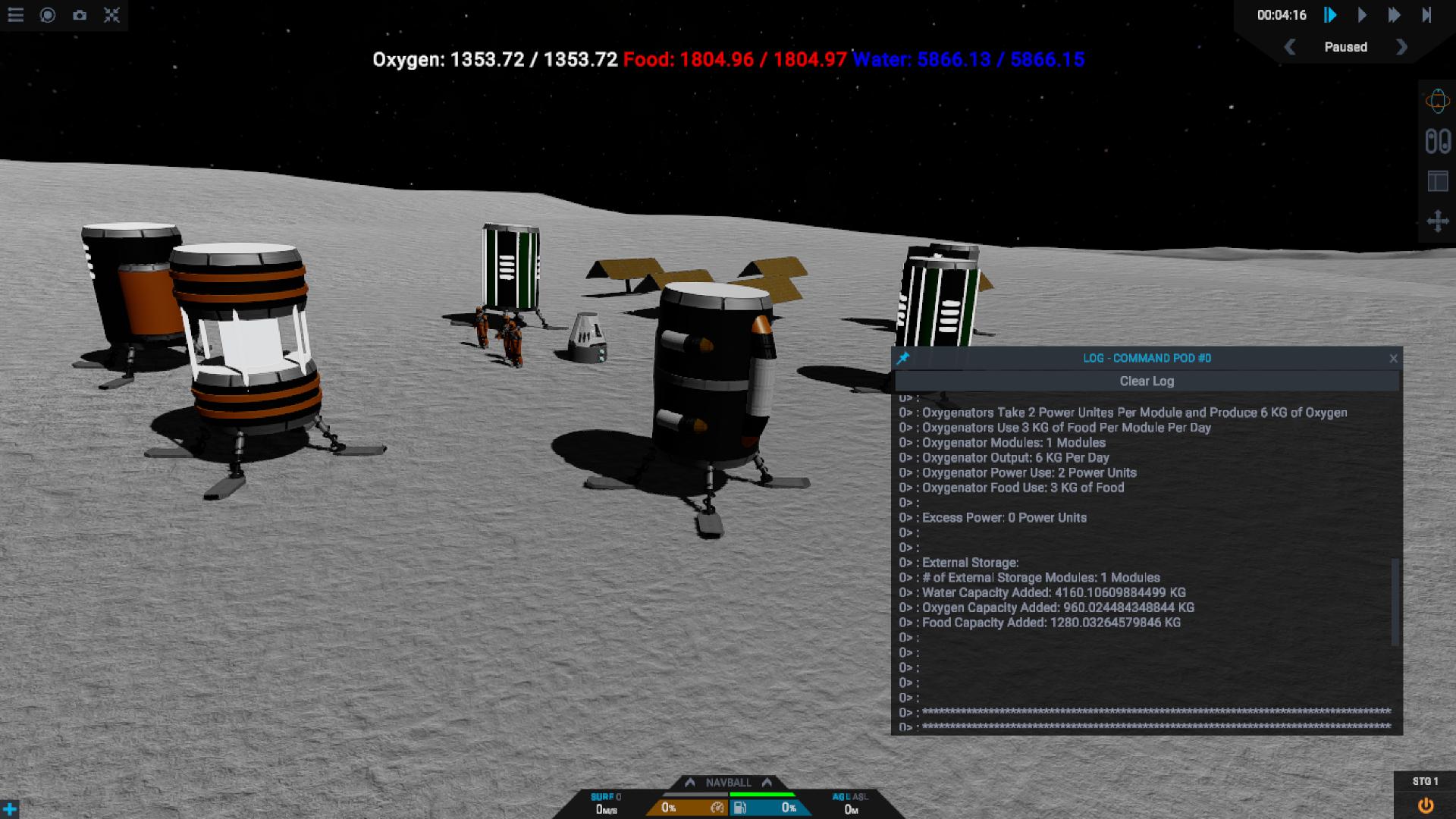 Anyways, to prevent the colonists' inevitable death, you can add in various modules like Algae farms, Oxygenators, and Water Recyclers to help recycle or produce resources. Each of these modules requires power, which can be genorated by solar modules (which, yes, do take into account the distance from the sun), and because solar panels dont genorate power at night, a large battery module is needed for every 20 units of power genorated to make the solar modules work.
Now, bcs I dont want the mobile plebs to riot, this script does not use the ansible mod, and as such the only requirments for a module to work is to be within 1 km lateral distance, be above the minimum mass (different for every module type), and have the correct craft name, so its up to the user to not make each module a large cube.
Just to clarify, you don't need to put the script in each module, just the central module, putting it in all would just lag out your game
Also, because I dont have endless amounts of time, theres only one module for every resource as of now, and the only way to genorate power is through solar modules, a problem for urados colonies.

If this does well on the site I'll probably update it, and I'll also have info for if people want to their own modified versions bellow.

Also, this does not currently support colony ships as each module MUST be its own seporate craft. Do seporate modules docked together like a station or colony ship work? Not a clue, I haven't tried. If anyone wants to find out, put your finding in the comments.

And yes, the demo colony shown in the pictures comes with the download, though you will have to rename each module's craft name correctly in flight to get it to work (you can edit the craft names on the map view by clicking the search bar, then the pencil button next to craft names)

GENERAL STATS - Each colonist uses 2 KG of oxygen per day, 3 KG of food per day, and 10 KG of water per day. The default population for the script is 3, though you can change it easily as the variable for it is at the top, and if you set a parts AG group to 5 and 6, you can activate AG 6 to add one to the population and AG 5 to remove one. Also, for every 100 KG of cargo, you'll get 15 KG of Oxygen, 20 KG of Food, and 65 KG of Water. If you need an example colony, the demo colony that comes with the script is self sufficient for 3 colonists. Also, the default colonial range is 1 KM, and the cargo tanks are intended to be solid fuel tanks.

WATER RECYCLER -
- Must be at least 15,000 KG in mass
- Must have a name containing "Water Recycler" or "Recycler"
- Each Module uses 8 units of power
- Can recycle up to 60 KG of water per day
- Cannot produce more water than is used by colony (Obviously)

SOLAR -
- Must be at least 1,000 KG in mass
- Must have a name containing "Solar"
- Generates power based on a linear equation (yes its unrealistic but Im lazy), where something like mercury should be a 5, Droo Luna and Cylero are a 4, tydos is a 2-3 (I forgot which), and urados is 2-1 (again, I forgot which). 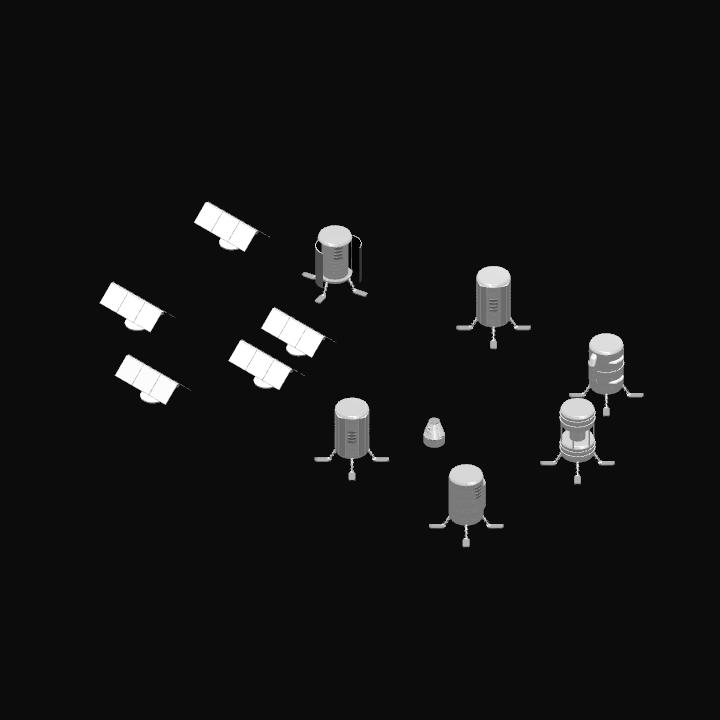 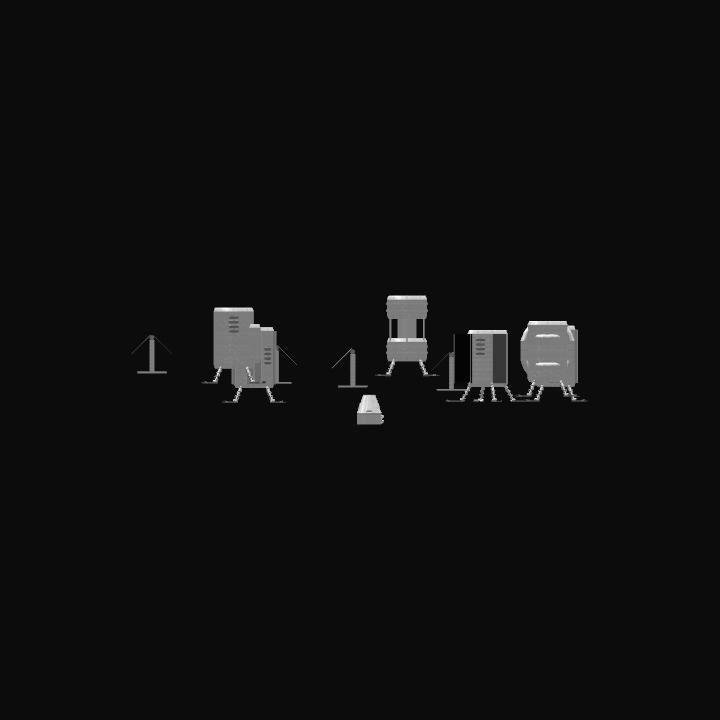 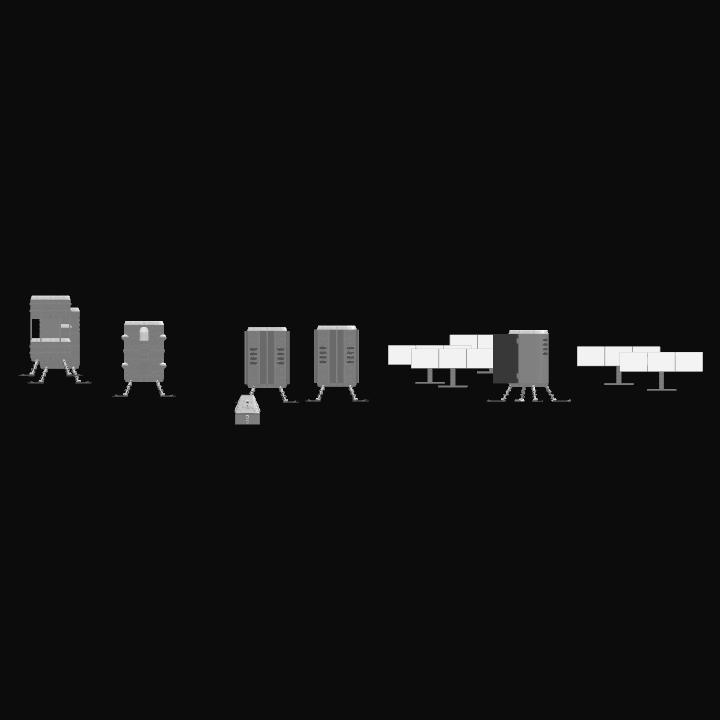