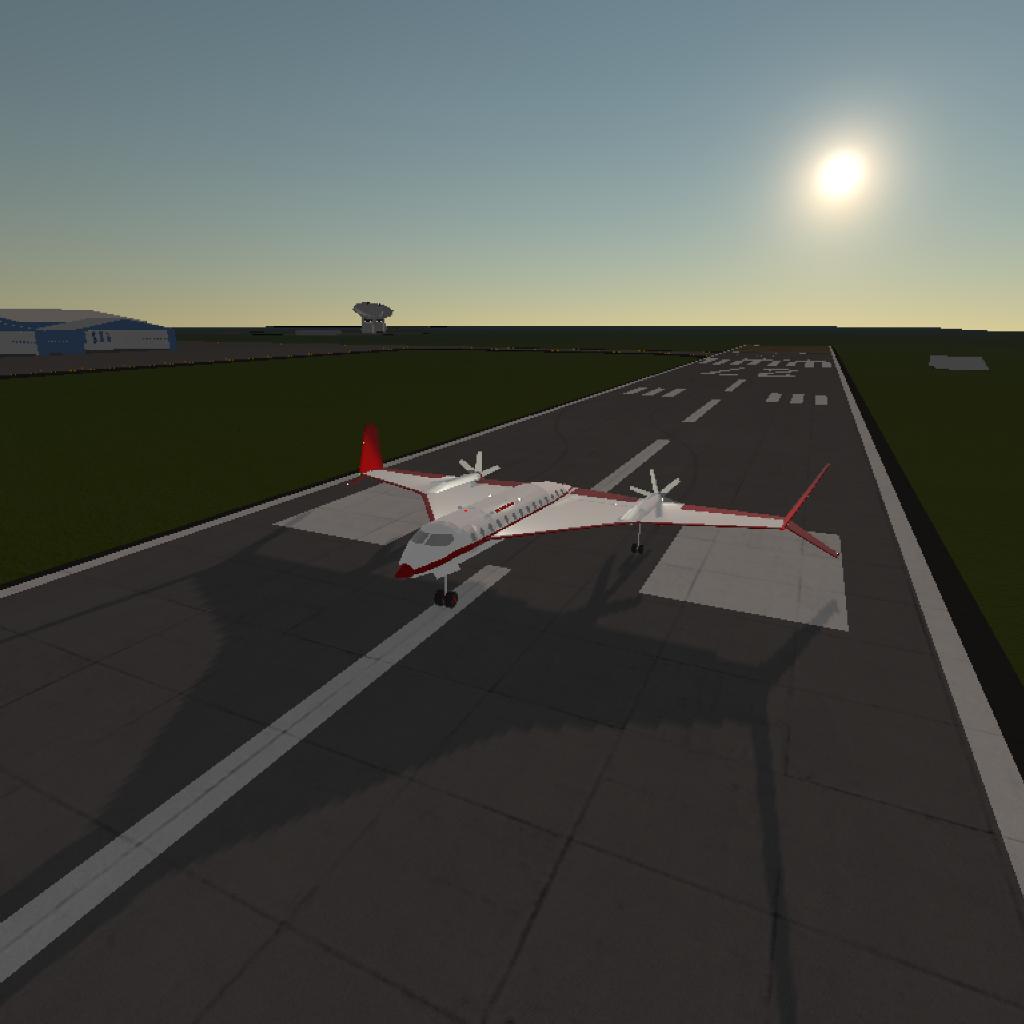 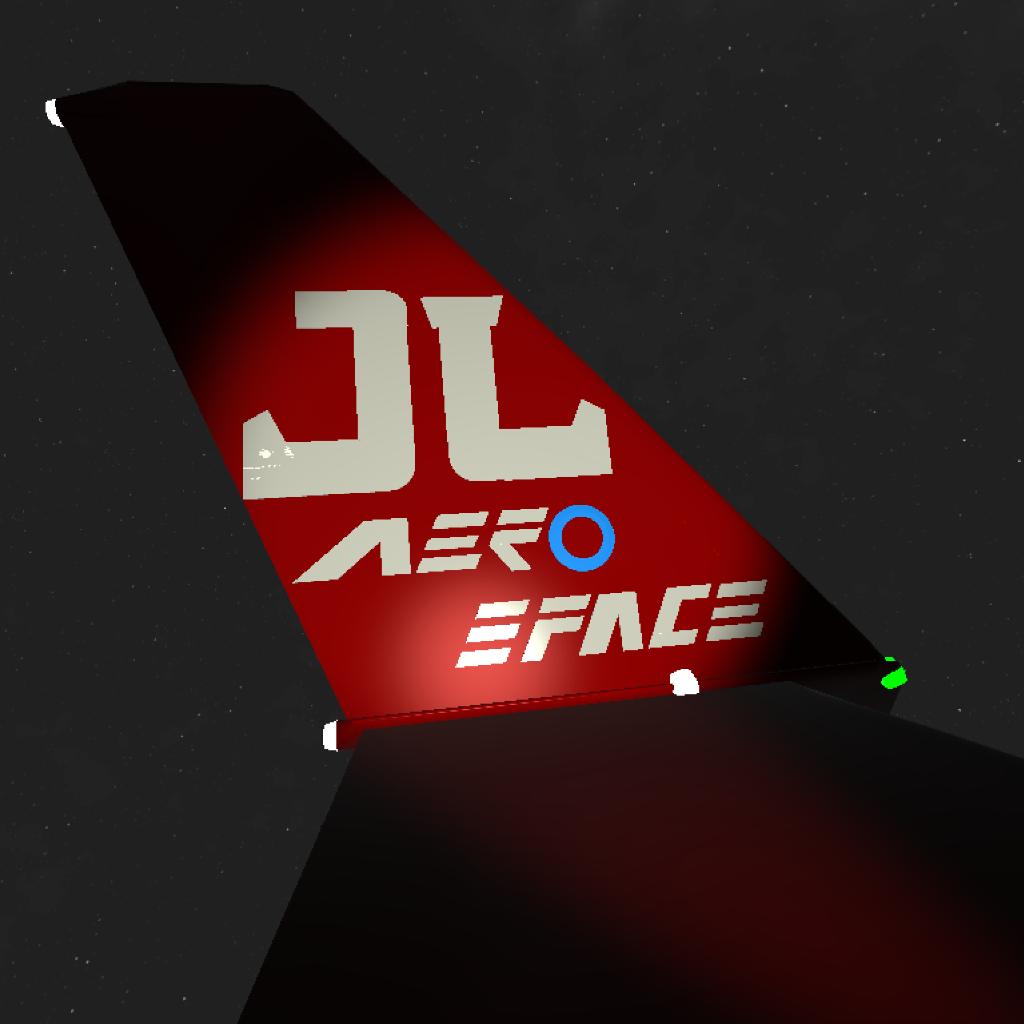 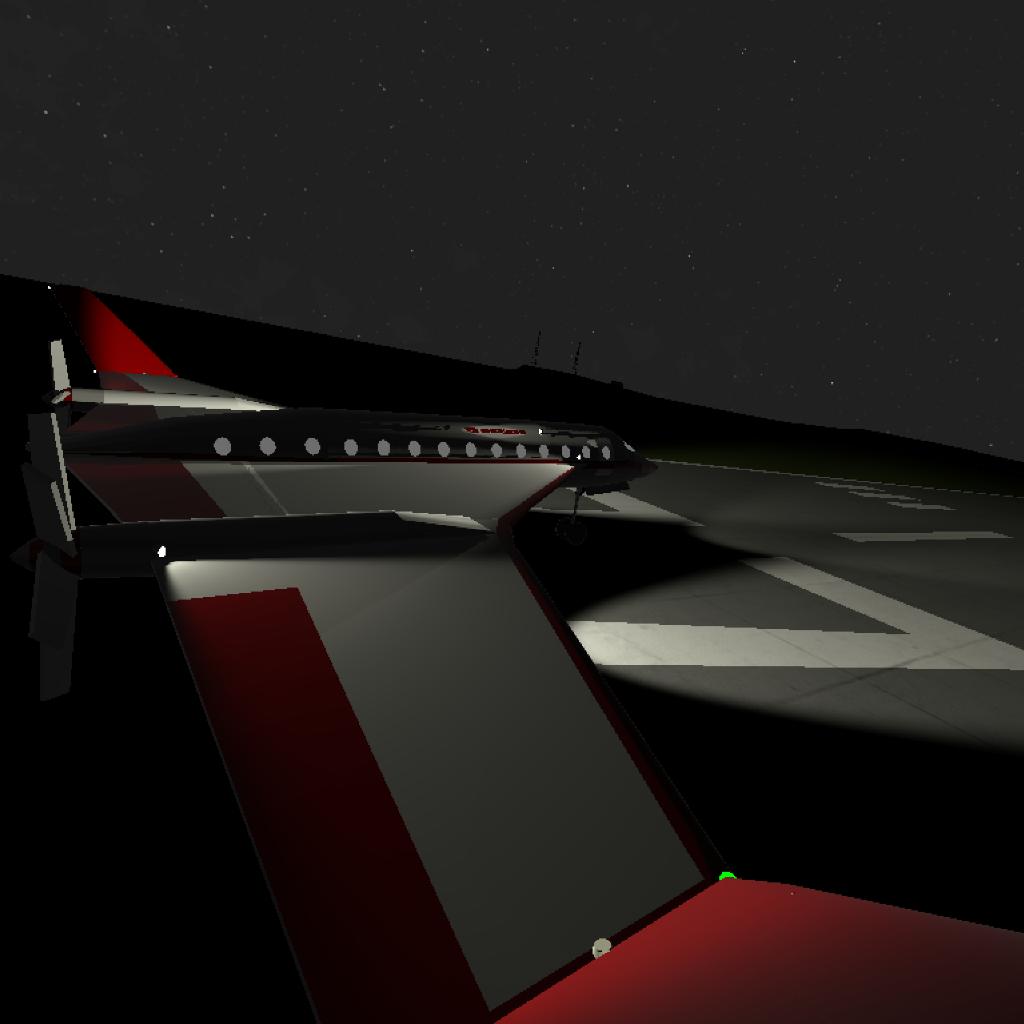 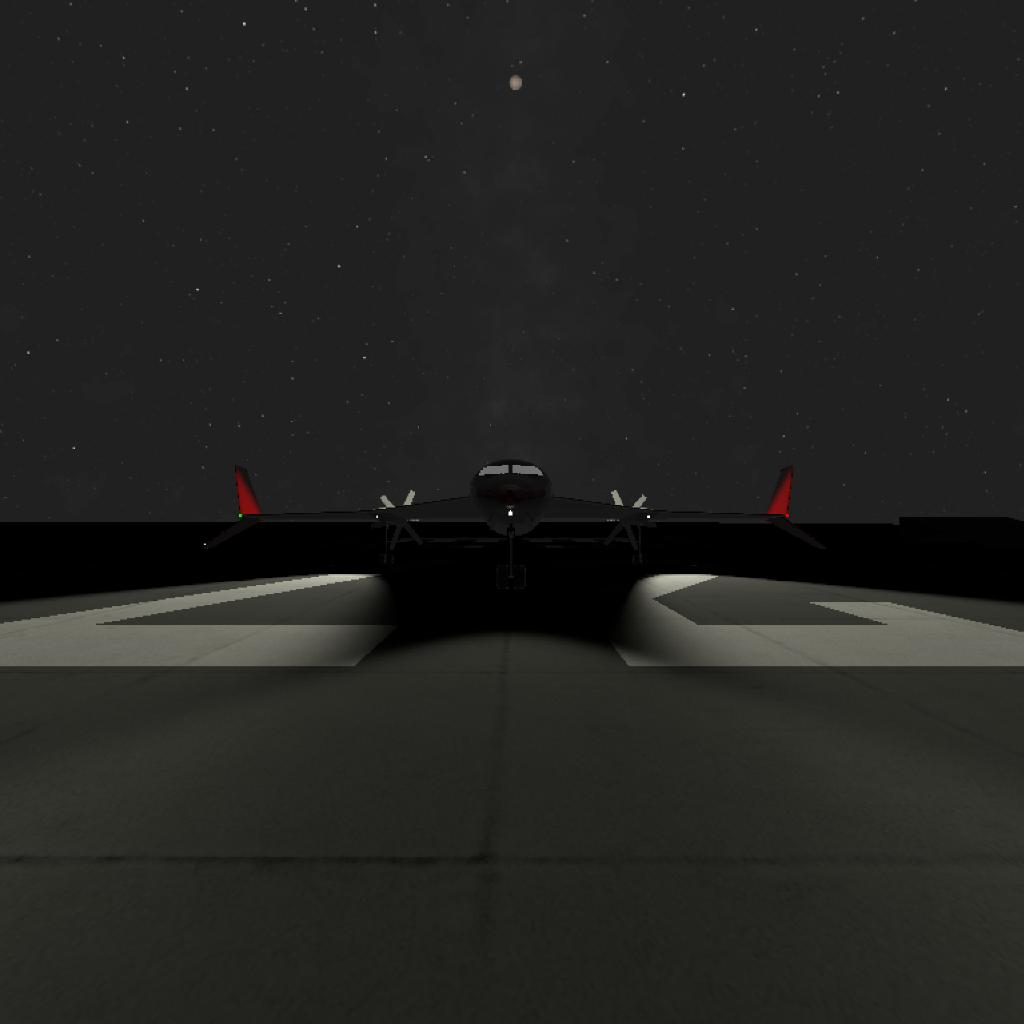 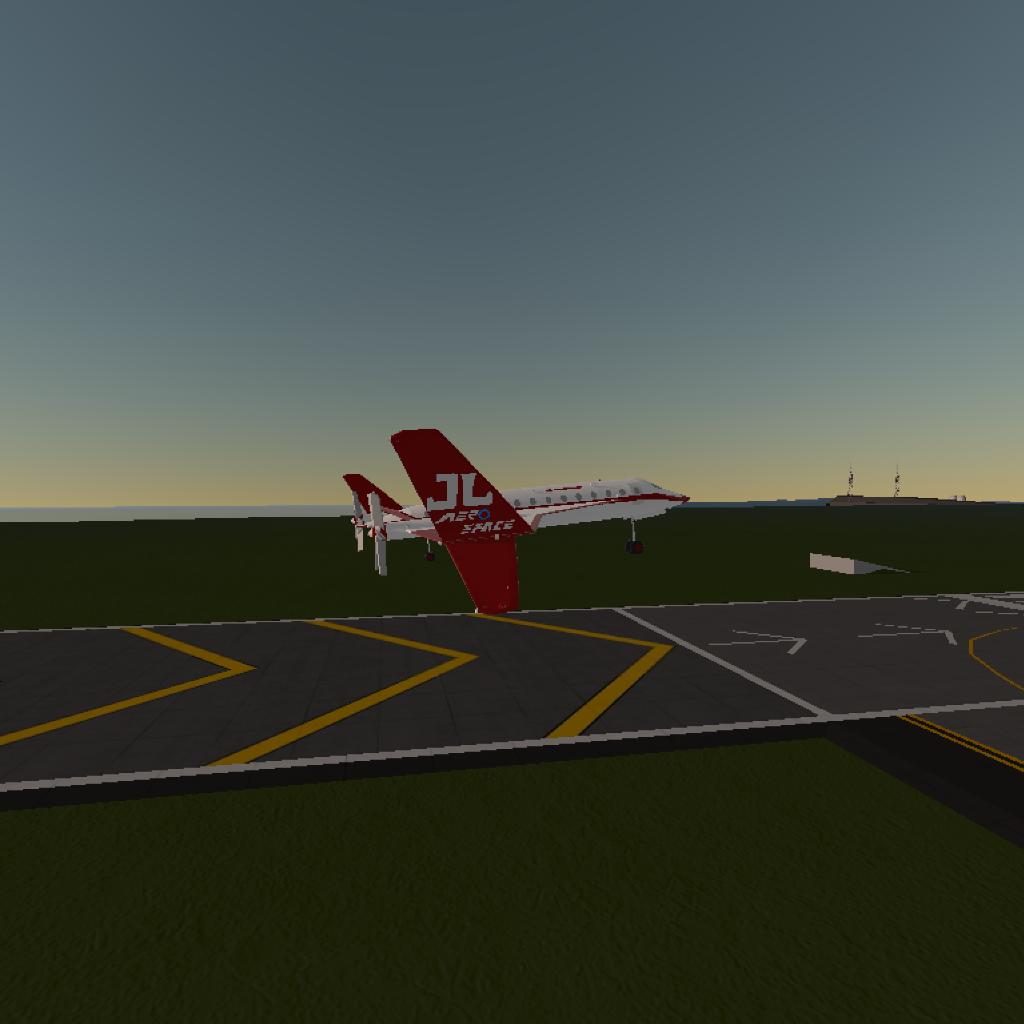 Welcome back at JL. In the meantime, we have built yet another aircraft:

The Trans-1 can be used as a short-range airliner. It's capable of carrying up to 65 passengers in a typical 2-3 all-economy layout. It is attractive for airlines because this design is more aerodynamic than conventional airliners and thus more efficient. Also because it is quite cheap, capable of landing and taking off from short runways and can be boarded from the ground (using some kind of tail door that isn't on the craft (yet)) making it suitable for regional airports. Here, it carries a simple livery of our launch customer: JL airlines. It is powered by 2 big propellor engines. It has a lot of lights and that will cause lag on mobile, so I'd recommend turning off these on mobile (that's also why you can activate landing lights separately from the other lights). It is fully stock and doesn't have any tinker panel changes or any mod stuff. The build is very manoeuvrable and can perform loopings quite easily, although your passengers won't really like it ; )

It has no tinker panel, XML or whatever mod involved. It is fully vanilla and mobile-friendly.

Unfortunately, due to the lack of a vertical stabilizer on the centre of the craft, there is no yaw control
Don't use the autopilot, it's quite funky. Instead, trim using the pitch slider. When cruising at ±5-8km (100% throttle and 130-150m/s), there is a sweet spot of -7%-ish pitch and the aircraft is flying near perfectly straight even with x10 warp on.

Lights are laggy on mobile

Hope you like it, and let me know in the comments where I can improve. 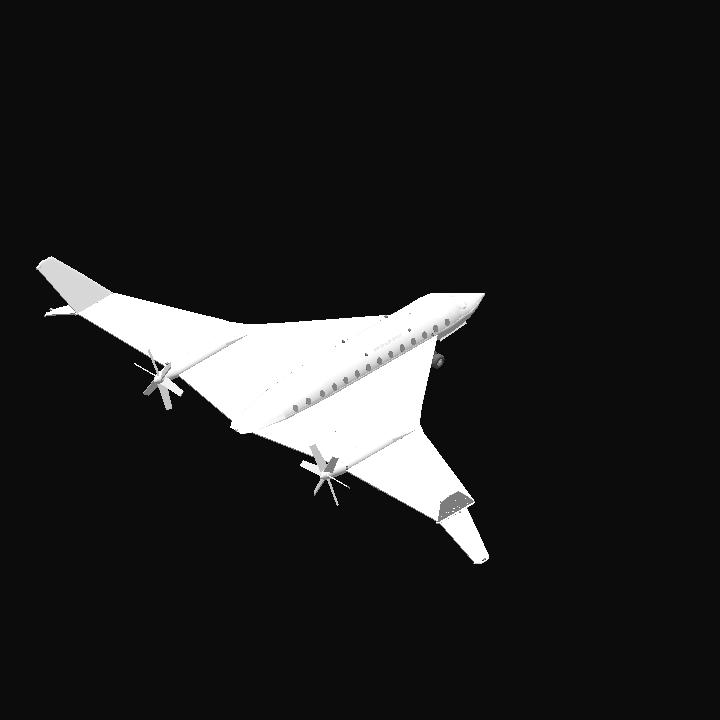 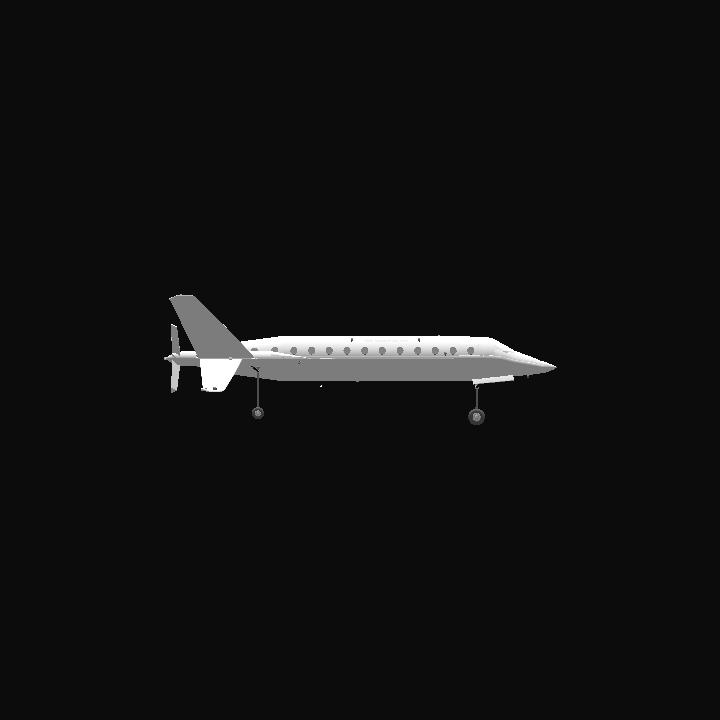 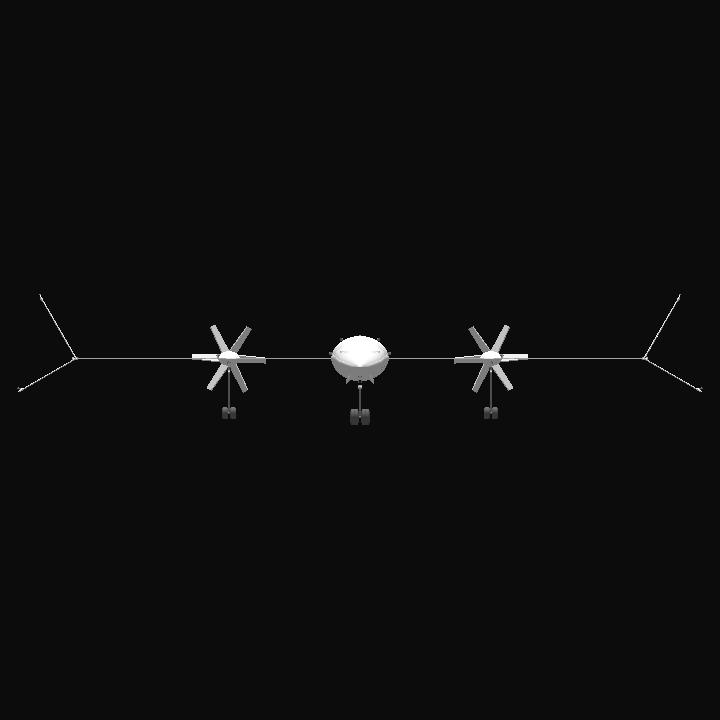