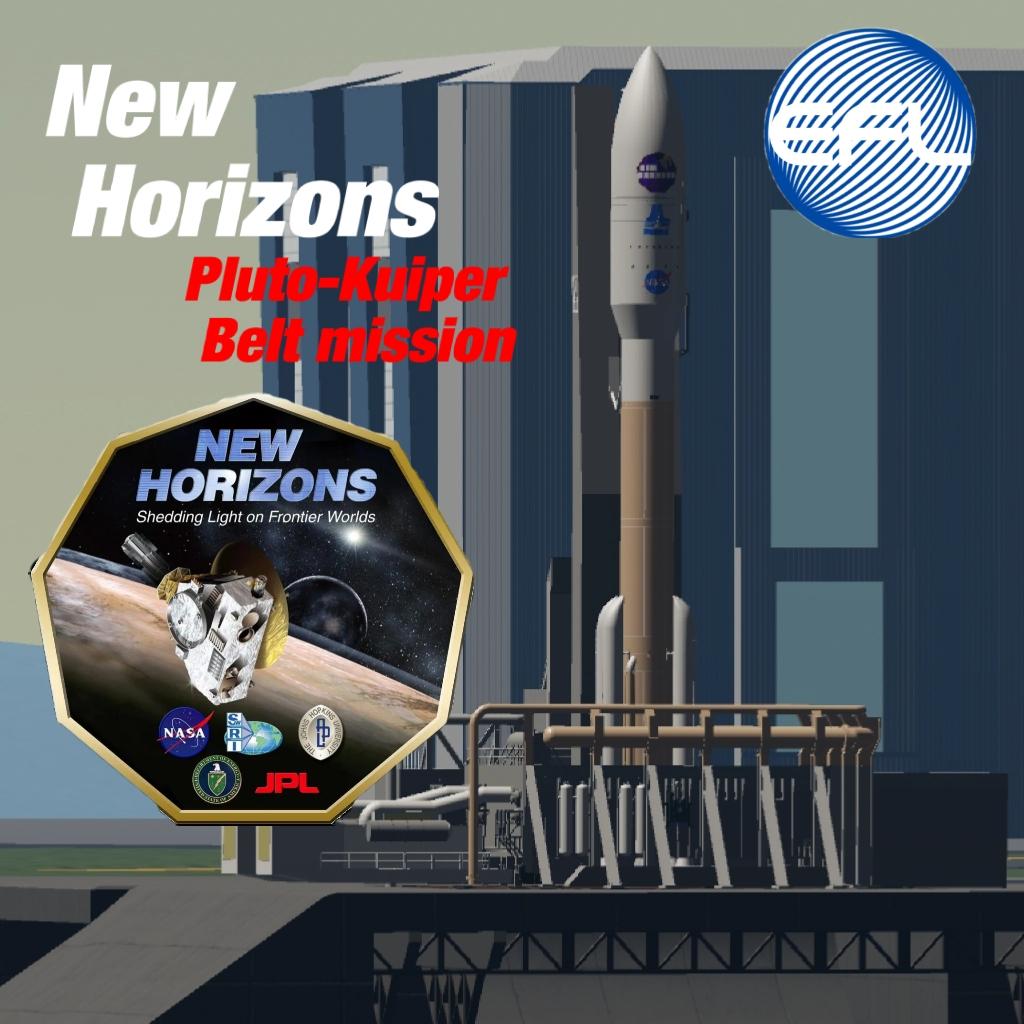 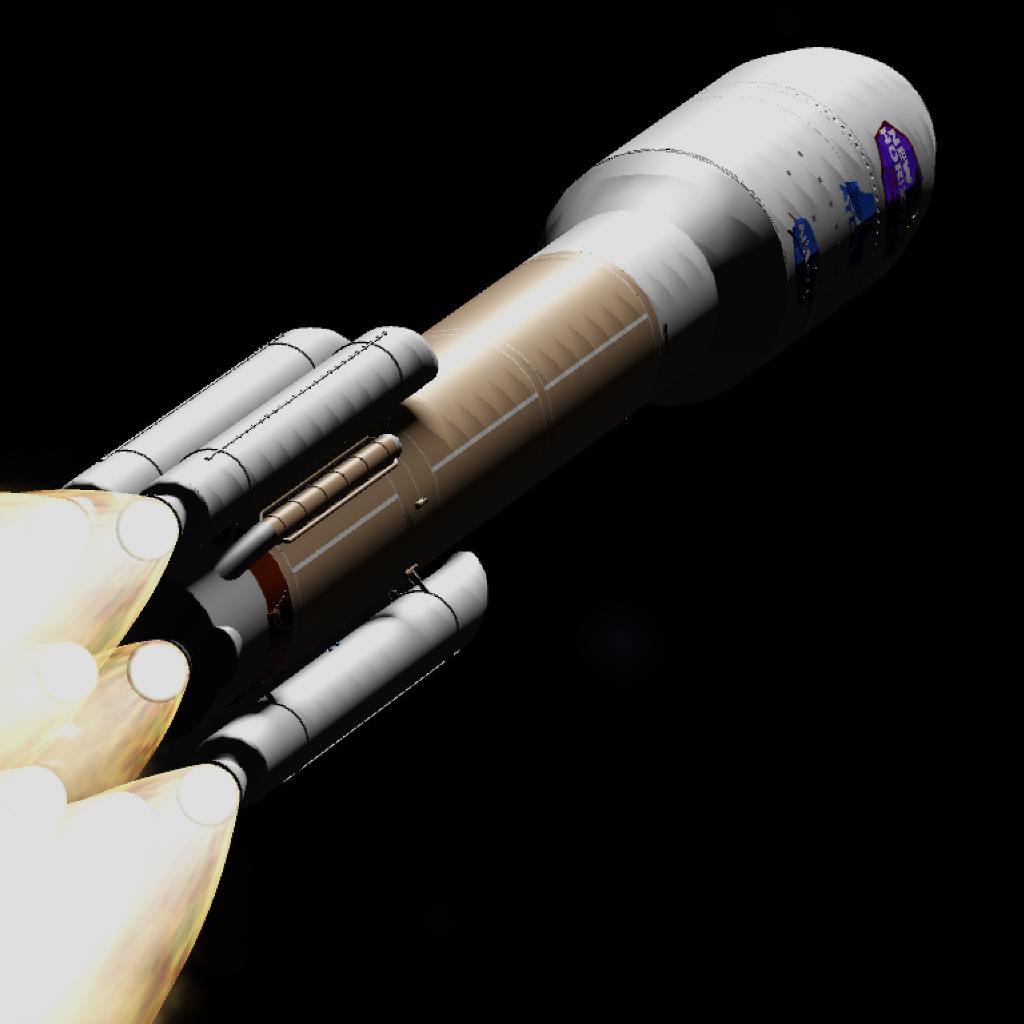 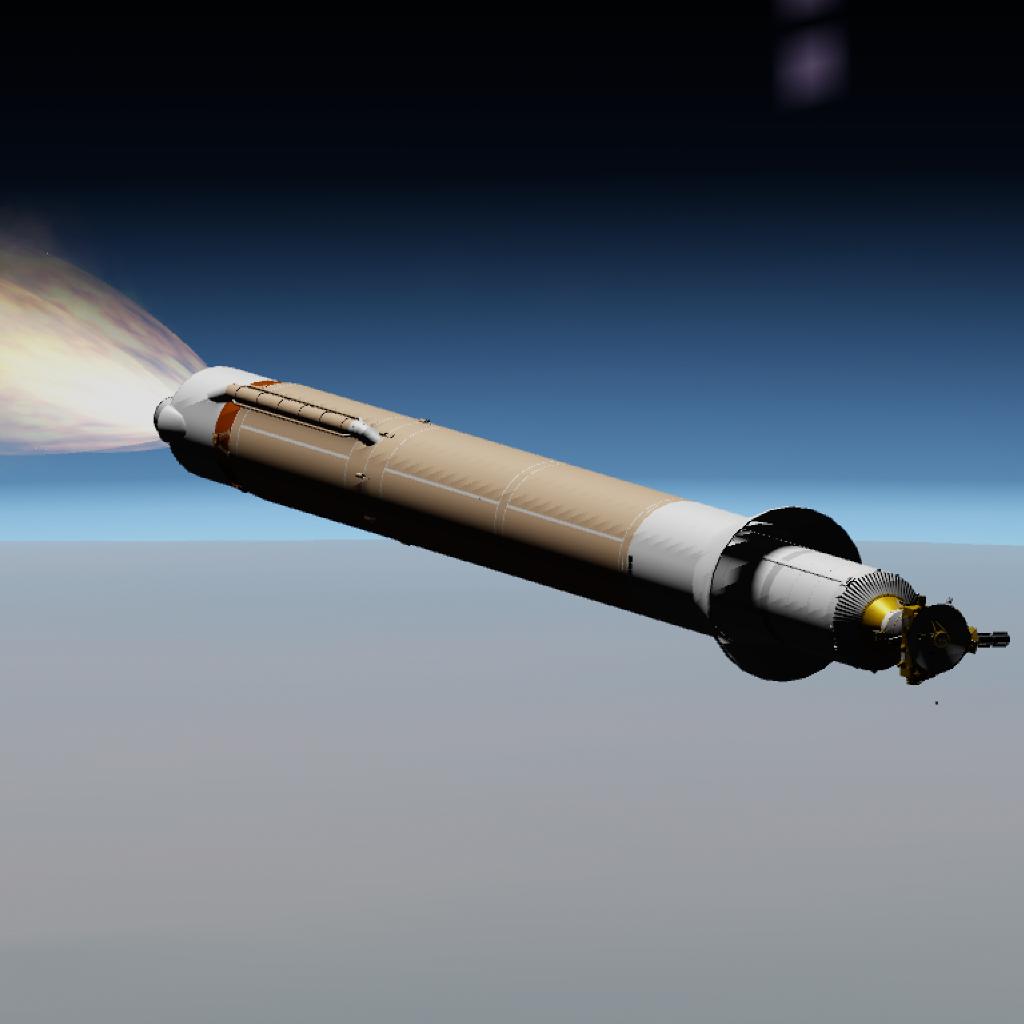 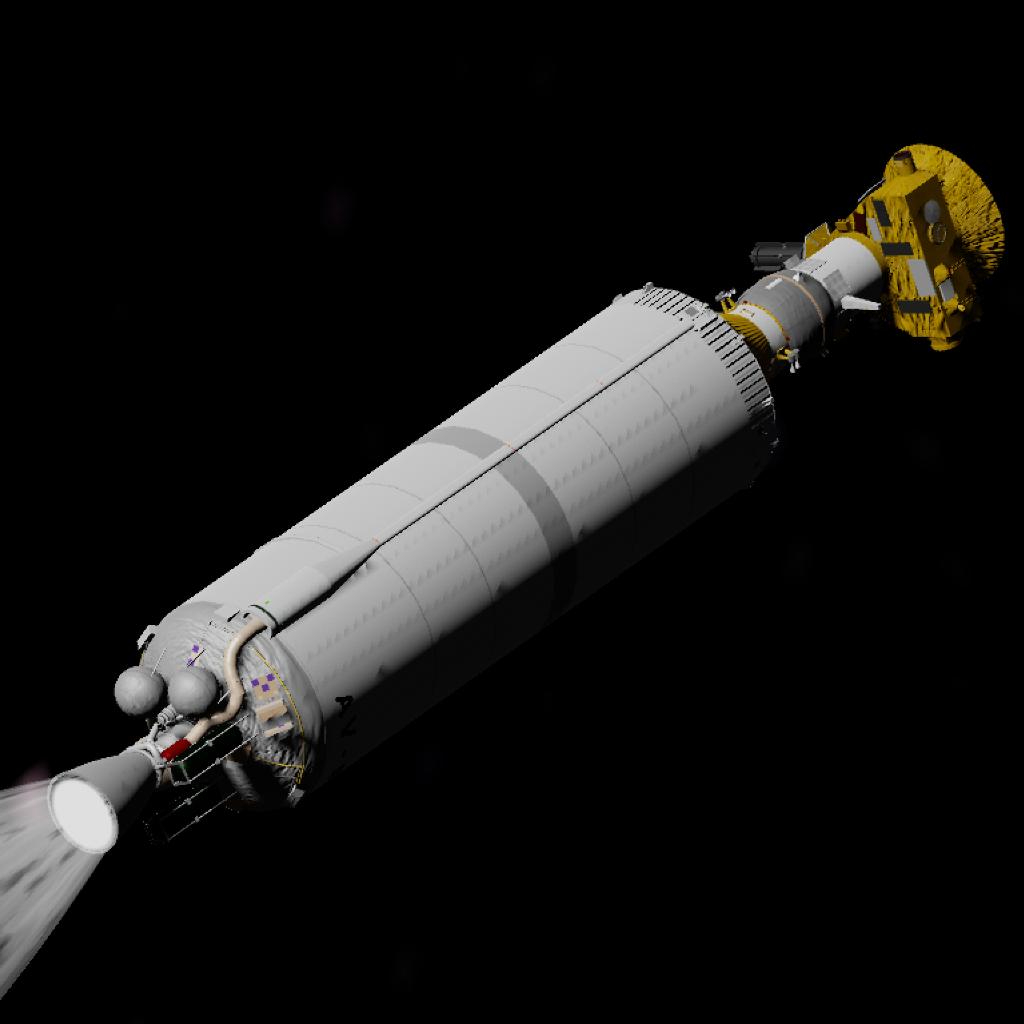 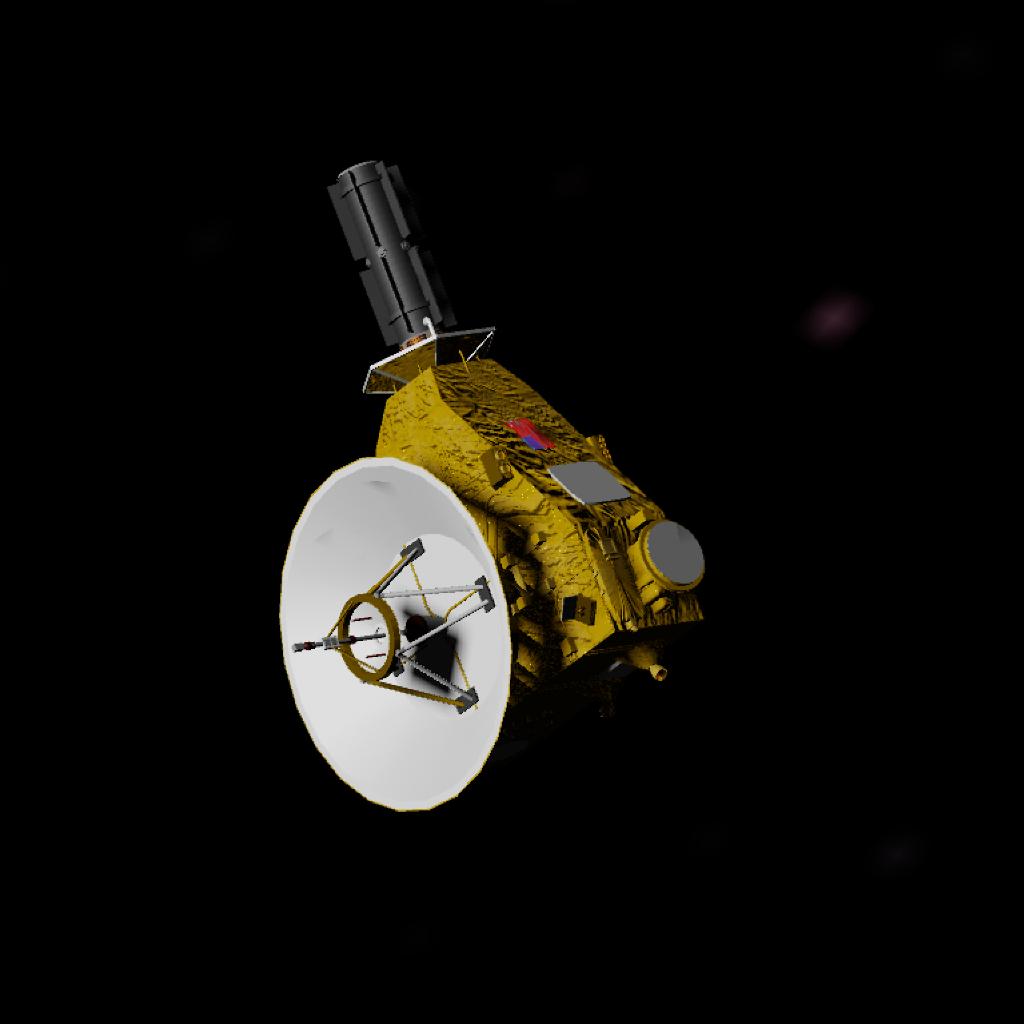 New Horizons is planned for launch in January 2006 by an Atlas-5(551)¹ launch vehicle with additional Star-48B kick stage and will proceed to a Jupiter gravity assist in March 2007. (There are backup launch opportunities in February 2006 and February 2007.) The flyby will come within about 43 (+-5) Jovian radii of Jupiter and will be the center of a 4 month intensive Jupiter system observation campaign. The flyby will put the spacecraft on a trajectory towards Pluto, about 2.5 degrees out of the plane of the solar systems. During cruise to Pluto New Horizons may be targeted to fly by a Centaur object (an escaped Kuiper Belt Body) if a suitable target can be identified. Flyby of Pluto is expected in the summer 2016. The encounter period begins 6 months prior to closest approach. Long range imaging will include 40 km mapping of Pluto and Charon 3.2 days out. This is half the rotation period of Pluto-Charon and will allow imaging of the side of both bodies which will be facing away from the spacecraft at closest approach. New Horizons will fly within 9600 km of Pluto at a relative velocity of 11 km/s at closest approach and will come as close as 27,000 km to Charon. During the flyby the instruments should be able to obtain images with resolution as high as 25 m/pixel, 4-color global dayside maps at 1.6 km resolution, hyper-spectral near infrared maps at 7 km/pixel globally and 0.6 km/pixel for selected areas, characterization of the atmosphere, and radio science results. After passing by Pluto, New Horizons will be headed out to the Kuiper Belt where multiple Kuiper Belt Objects on the order of 50-100 km in diameter are expected to be targeted for encounter and similar measurements to those made at Pluto. This phase of the mission will last from 5 to 10 years.

The spacecraft has the shape of a thick triangle with a cyclindrical radiothermal generator (RTG) protruding from one vertex in the plane of the triangle and a 2.5 m radio dish antenna affixed to one flat side. Communication will be via X-band at a rate of 768 bps from Pluto to a 70-m DSN dish. The RTG will provide 174 W at encounter in 2016. Hydrazine monopropellant is used for propulsion, a delta-V capability of 290 m/s will be available after launch. The spacecraft has both 3-axis stabilized and spin-stabilized modes. Star cameras are mounted on the side of the spacecraft for navigation.

The Long Range Reconnaissance Imager (LORRI) consists of a visible light, high-resolution CCD Imager.
The Pluto Exploration Remote Sensing Investigation (PERSI) is composed of three parts:
a visible CCD imager (MVIC),
a near-infrared imaging spectrometer (LEISA), and
an ultraviolet imaging spectrometer (ALICE).
The plasma and high energy particle spectrometer suite (PAM) consists of
SWAP, a toroidal electrostatic analyzer and retarding potential analyzer, and
PEPSSI, a time-of-flight ion and electron sensor.
The Radio Science Experiment (REX) will use an ultrastable oscillator to conduct radio science investigations.
The closest encounter with Pluto happened on 14 July 2015. On 4 July, communications with the probe was lost for one hour and 21 minutes. The spacecraft detected the problem, switched to its backup computer and went into safe mode. The back-up system reinitiated communication with NASA's Deep Space Network. The resolution of the problem and the return to nominal science operations might take a few days. The flyby was successful and produced a large number of high resolution images of Pluto, Charon and the smaller moons. 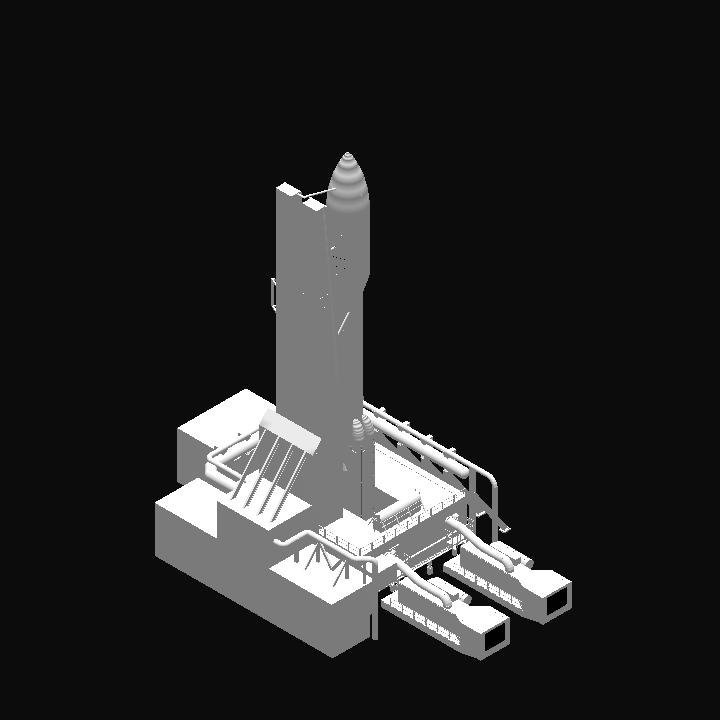 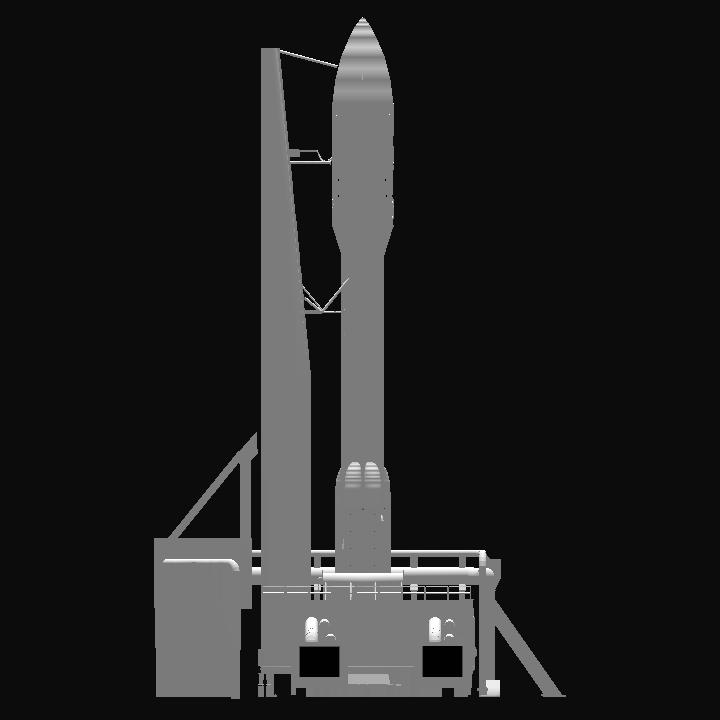 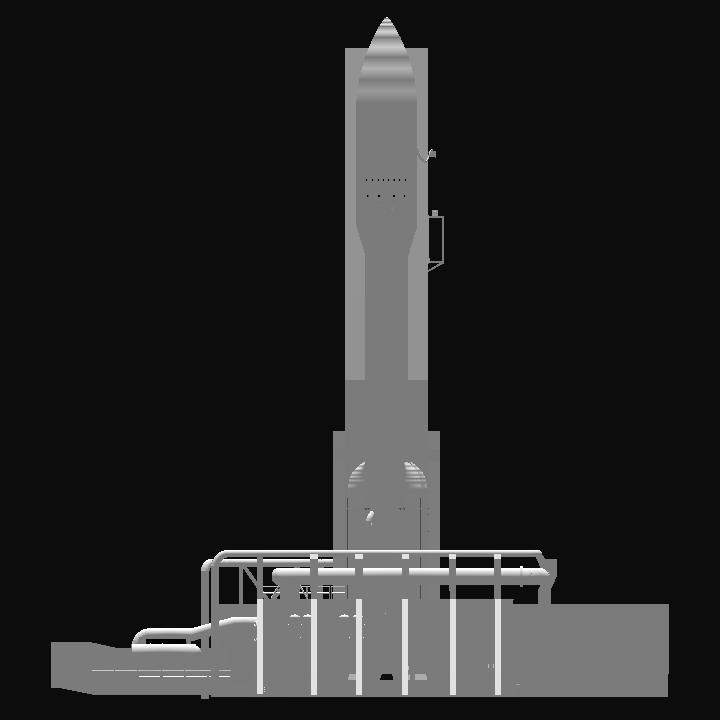