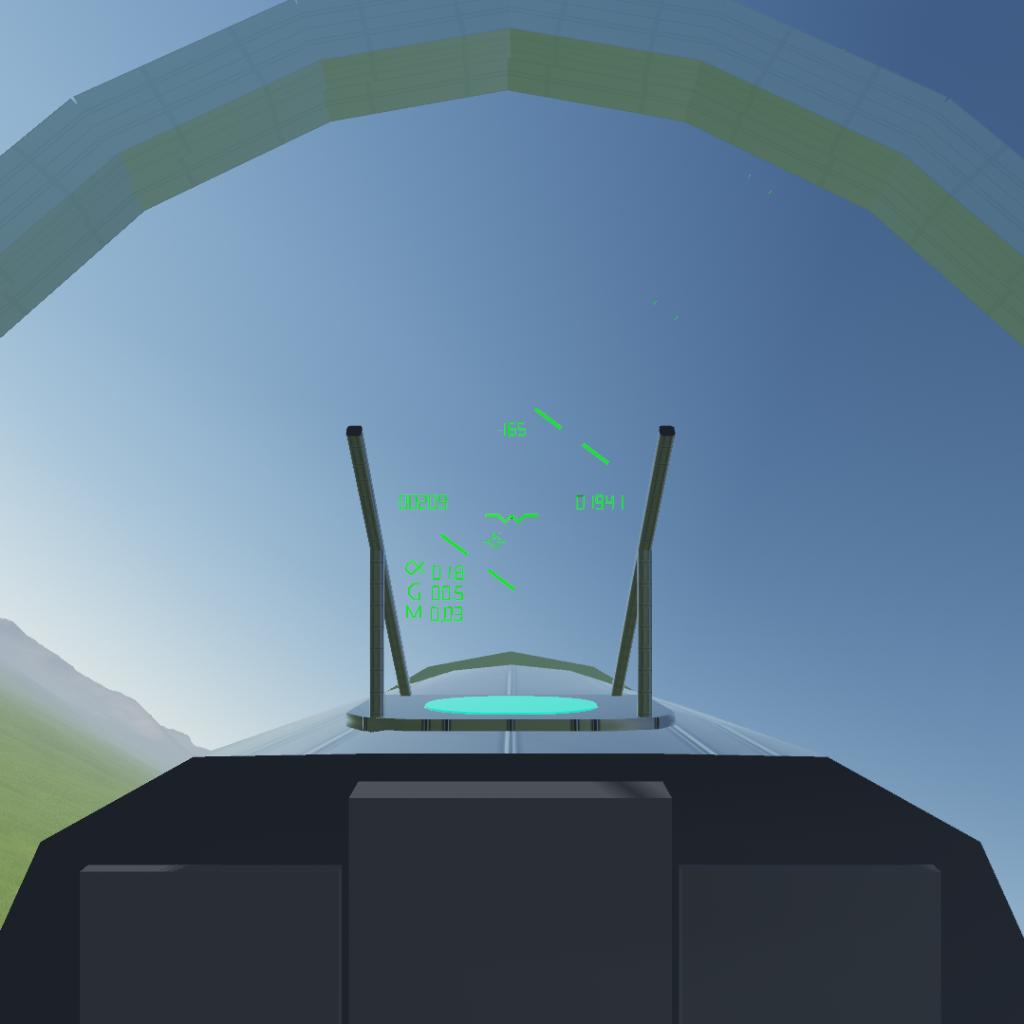 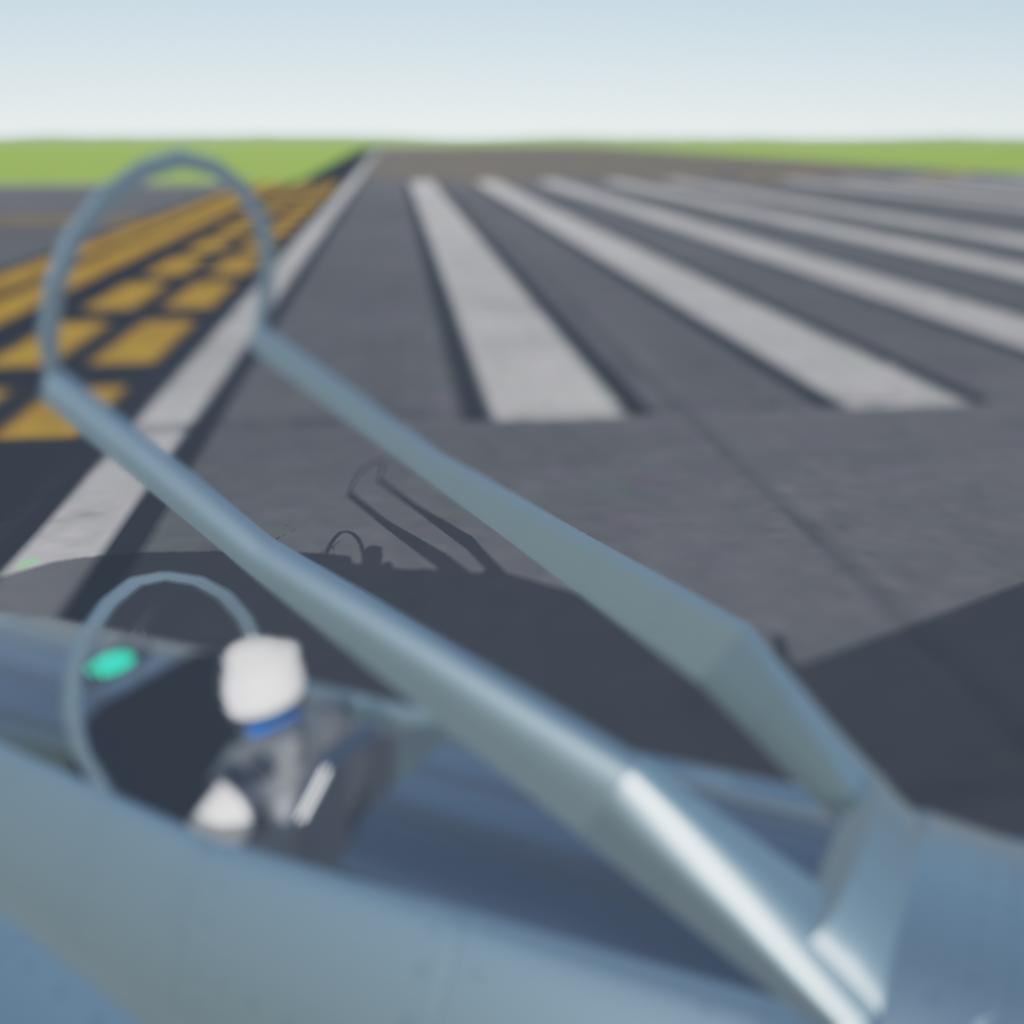 A continued work from my last modified Wasp, with the goal of making a flight sim grade cockpit. However I thought the HUD was cool enough and decided to release it. Though keep in mind that this is still work in progress and will have bugs.

Credit of the 7-seg numbers on the HUD goes to @SiBasedDragonLanFeng.

I've also given @MASTERSAIDCHUCK6 an unfinished version in advance so he has the time to put it on his craft.

HOW TO USE:
AG 10 to turn on.
Number on top is heading;
number on the left is velocity in kts;
number on the right is radar altitude in ft.
Three numbers on the bottom left are:
a - angle of attack
G - acceleration
M - Mach number
You also have the elevation lines and velocity vector, just in case you didn't notice.