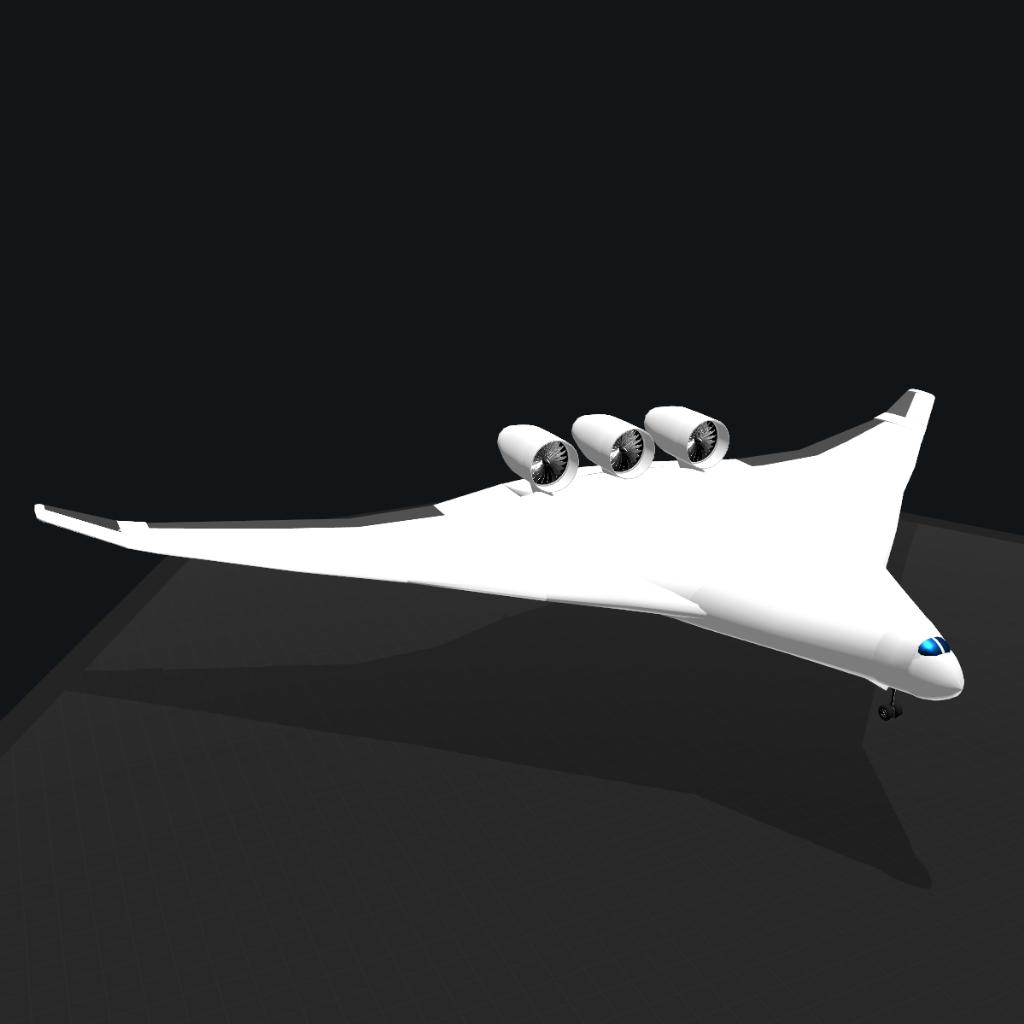 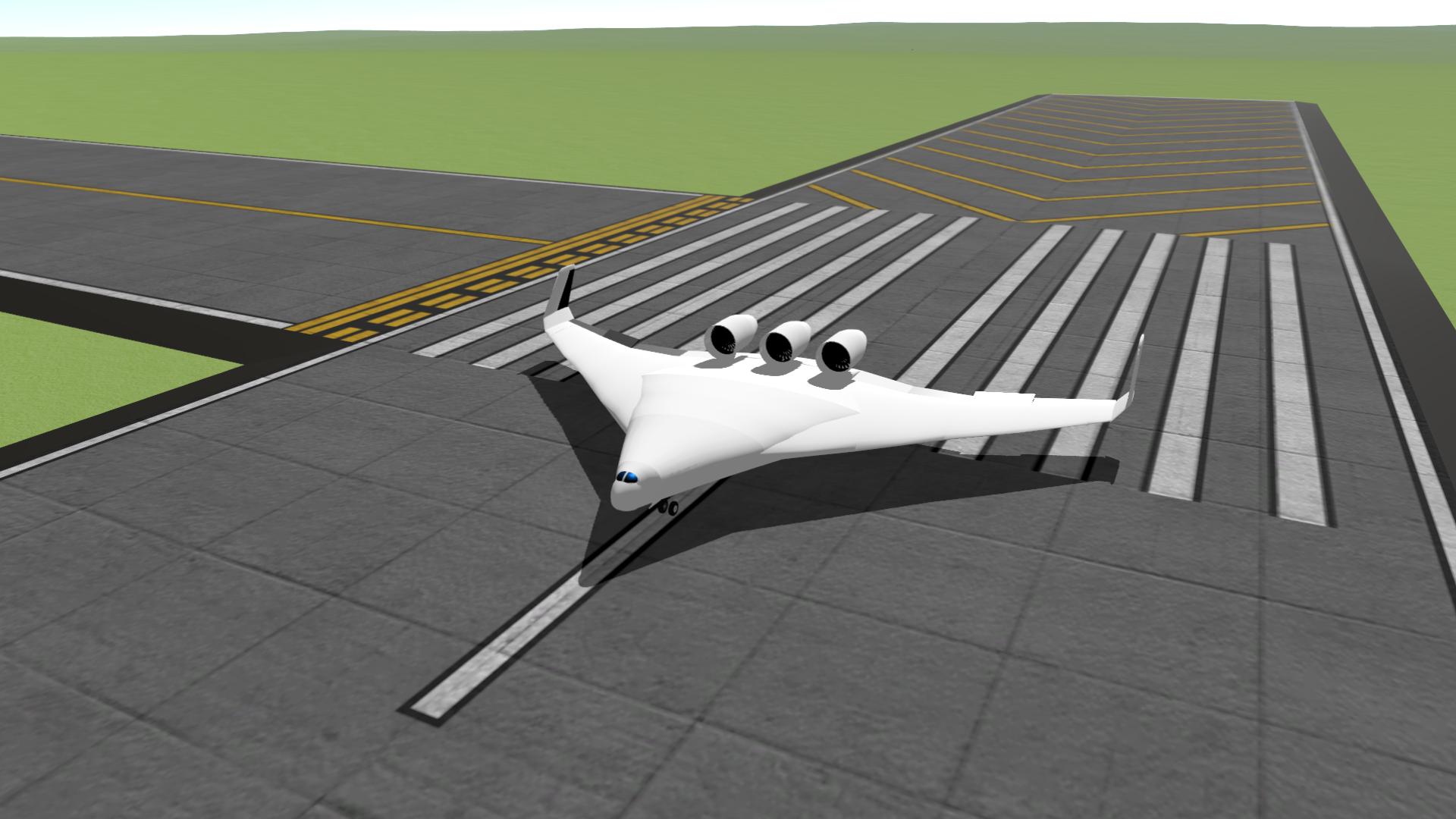 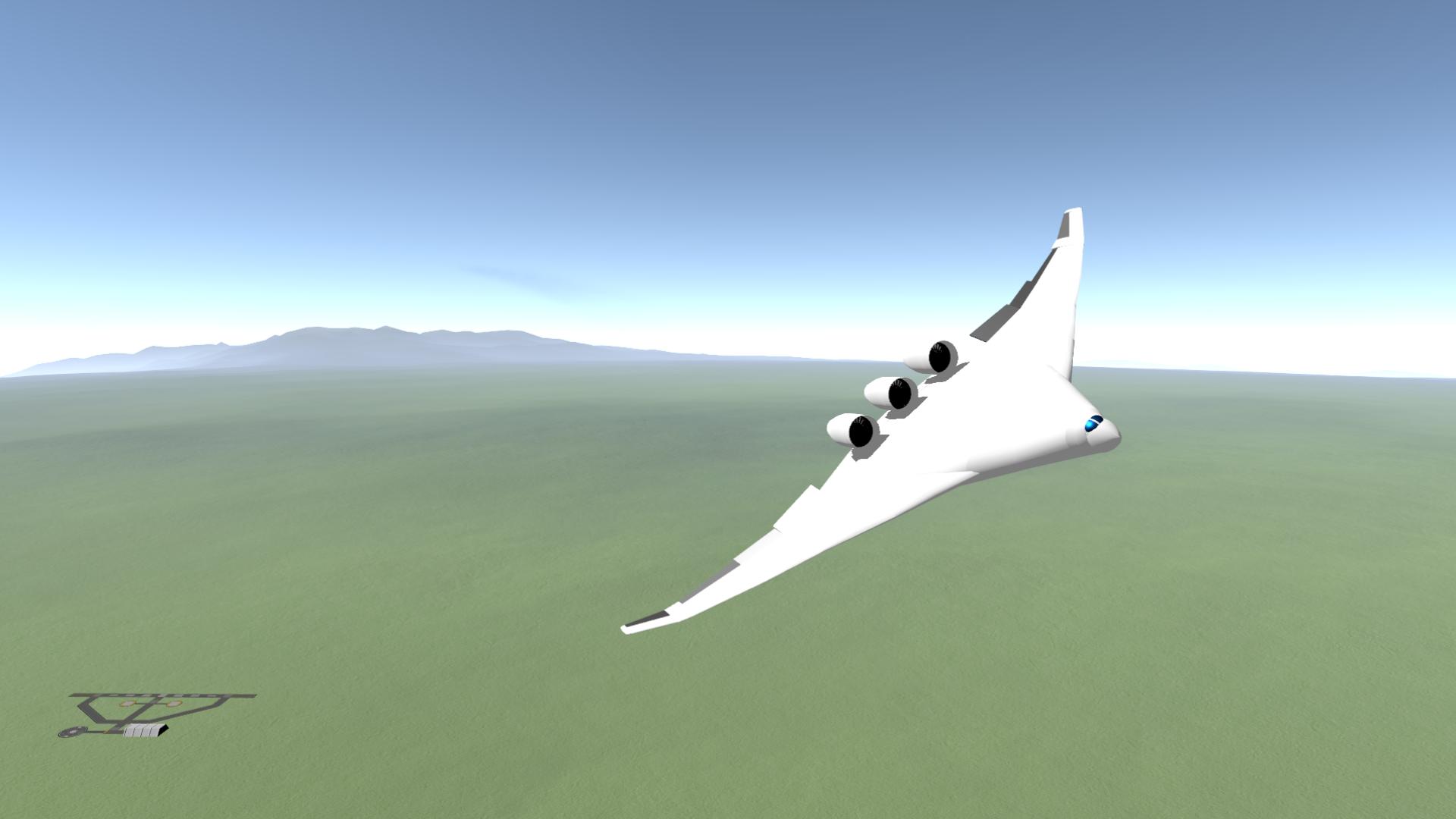 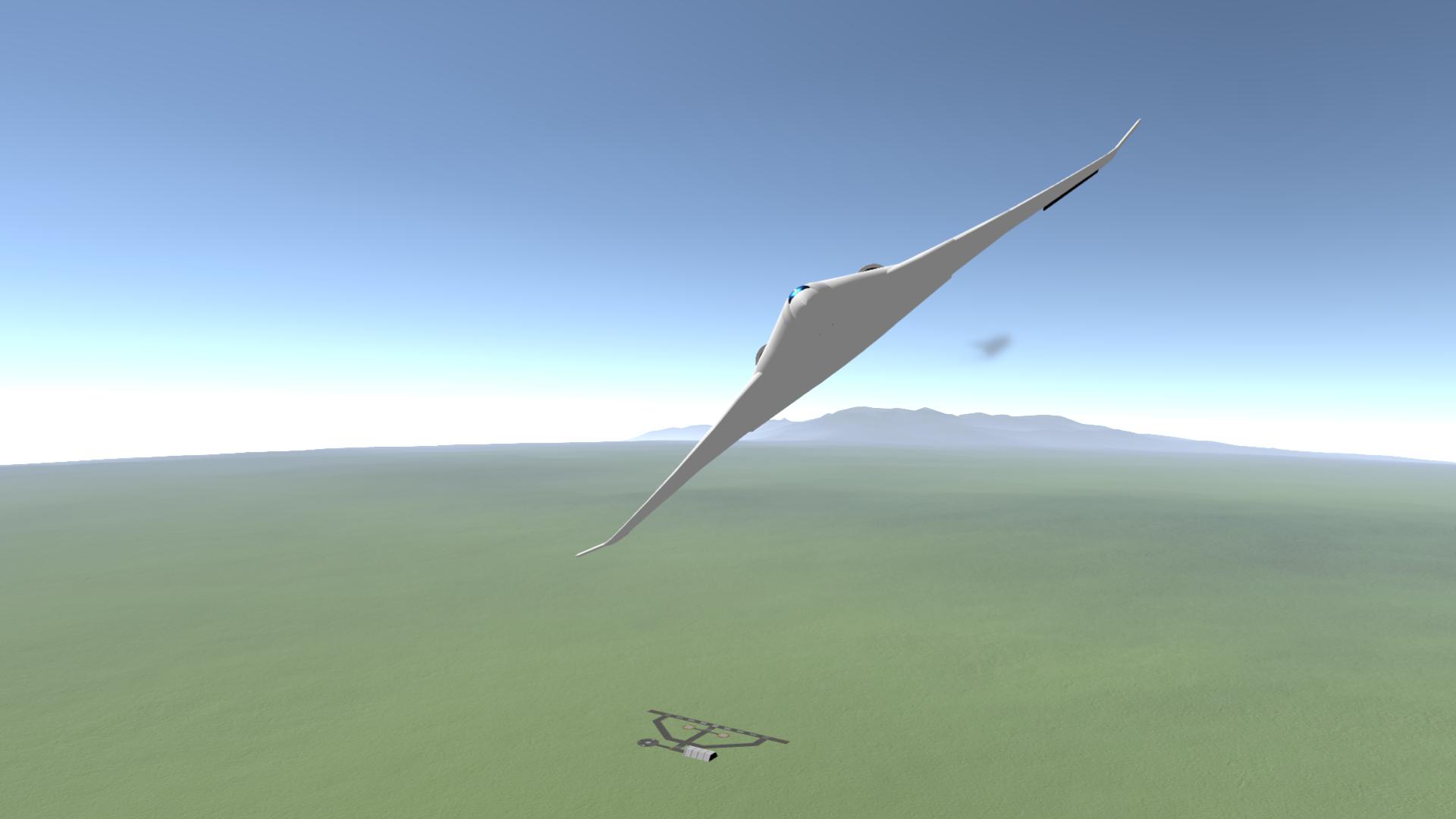 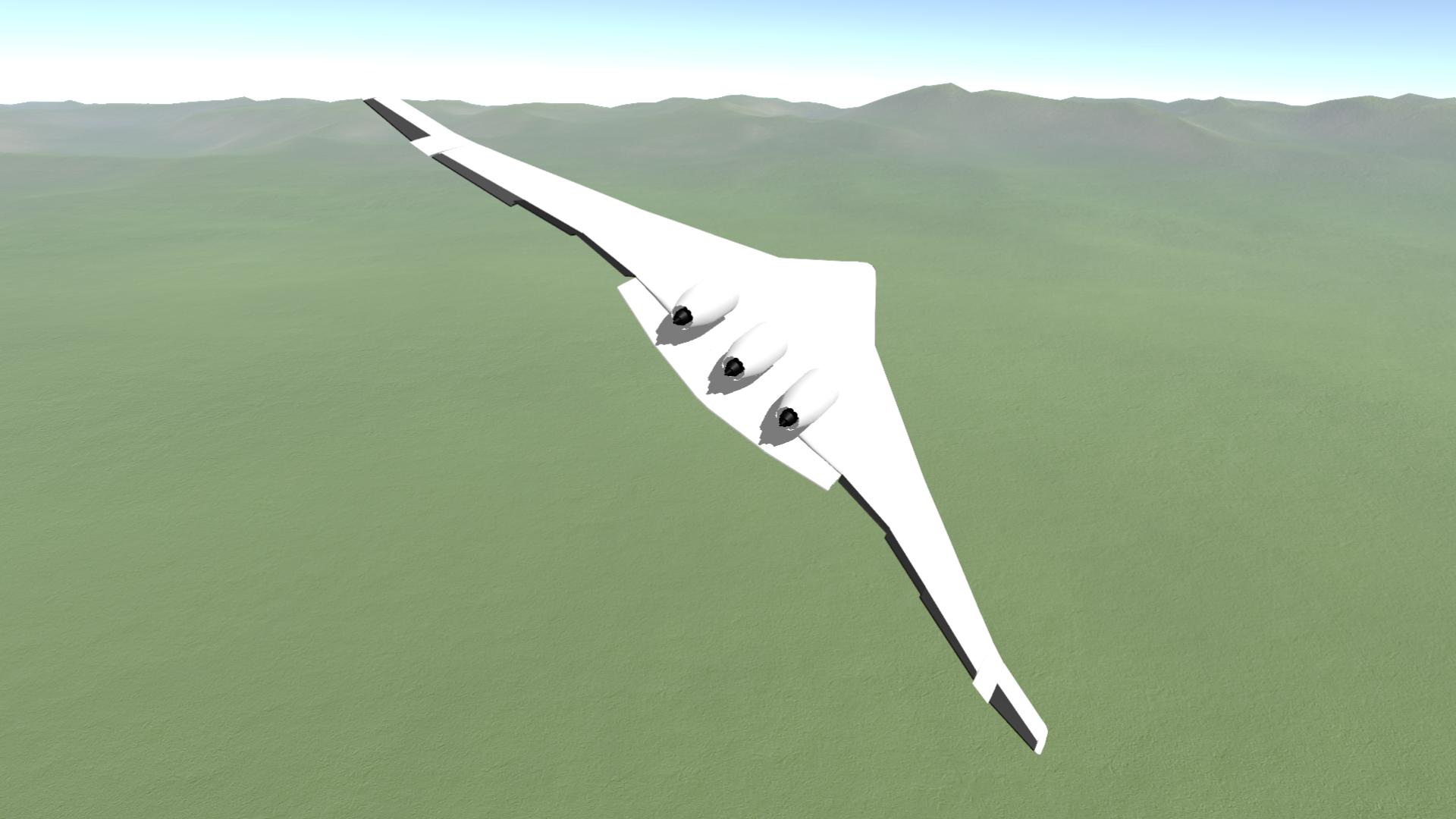 Using the experience gained from building the YB-49, this is our next entry into flying wings, this time blending a larger fuselage into the wing, creating a hybrid wing body. This will be the first of other Hybrid Wing Body [HWB] craft that are now in production which will be larger, and will be able to transport large cargo reliably around Droo and eventually into space.

This craft was also used by Arda engineers as a proof-of-concept for a state-of-the-art Variable Geometry Rudder system that allows the rudder to be angled for higher efficiency during cruise, while allowing for higher rudder authority during takeoff, approach and landing (seen below). Our findings are varied and we will be improving the system's perfomance in future craft. 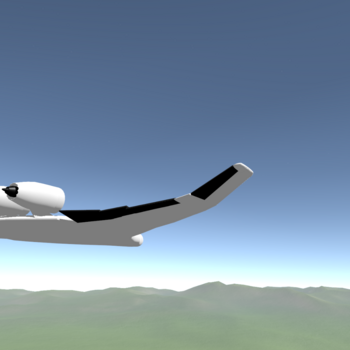 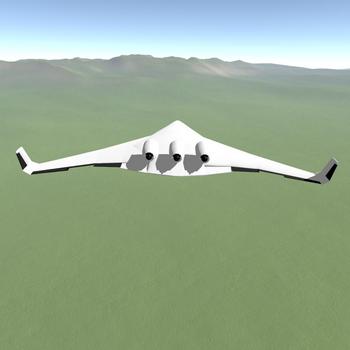 Cruise: Gradually decrease Variable Rudder angle at your discretion, however for maneuvering it is recommended that rudder angle be made vertical again. 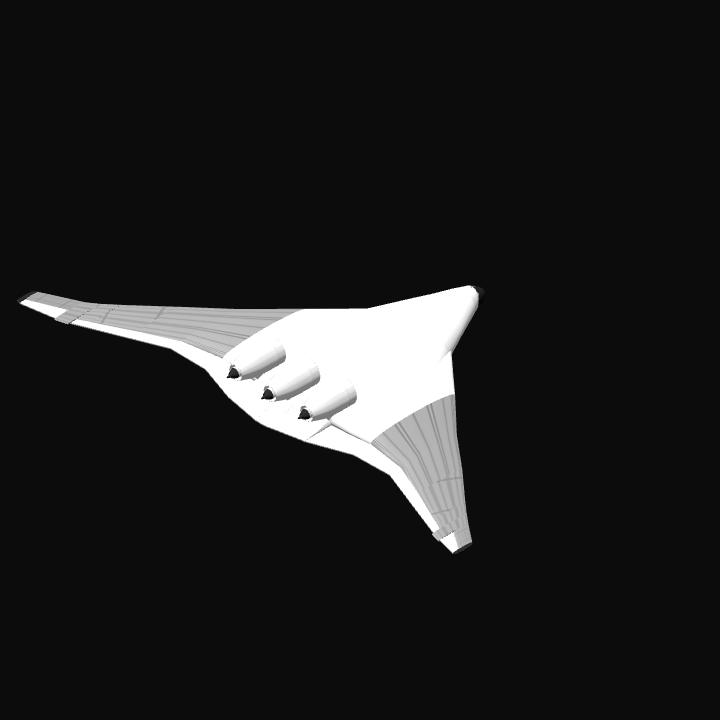 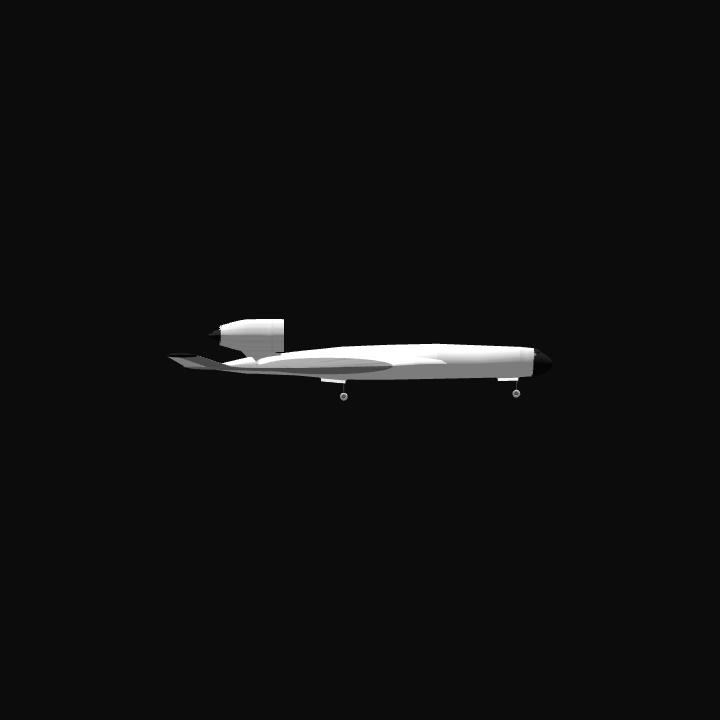 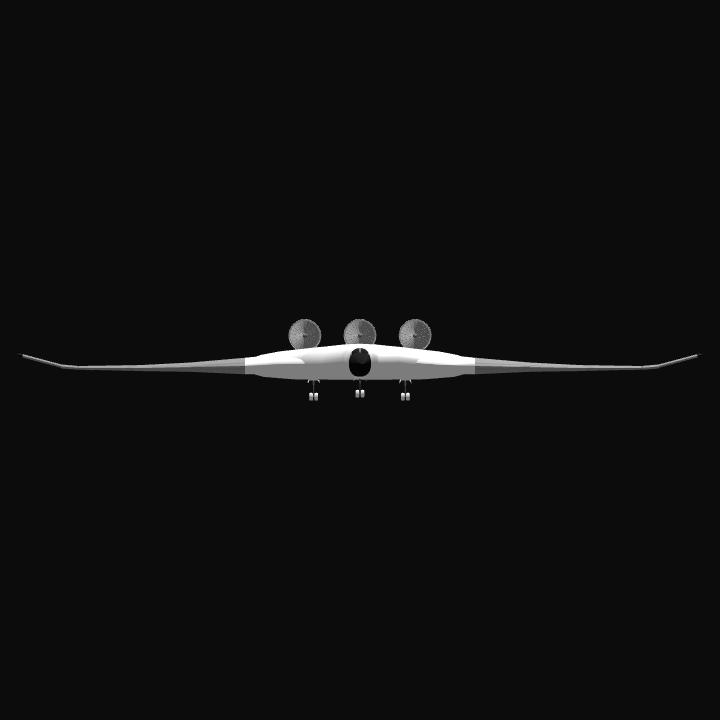