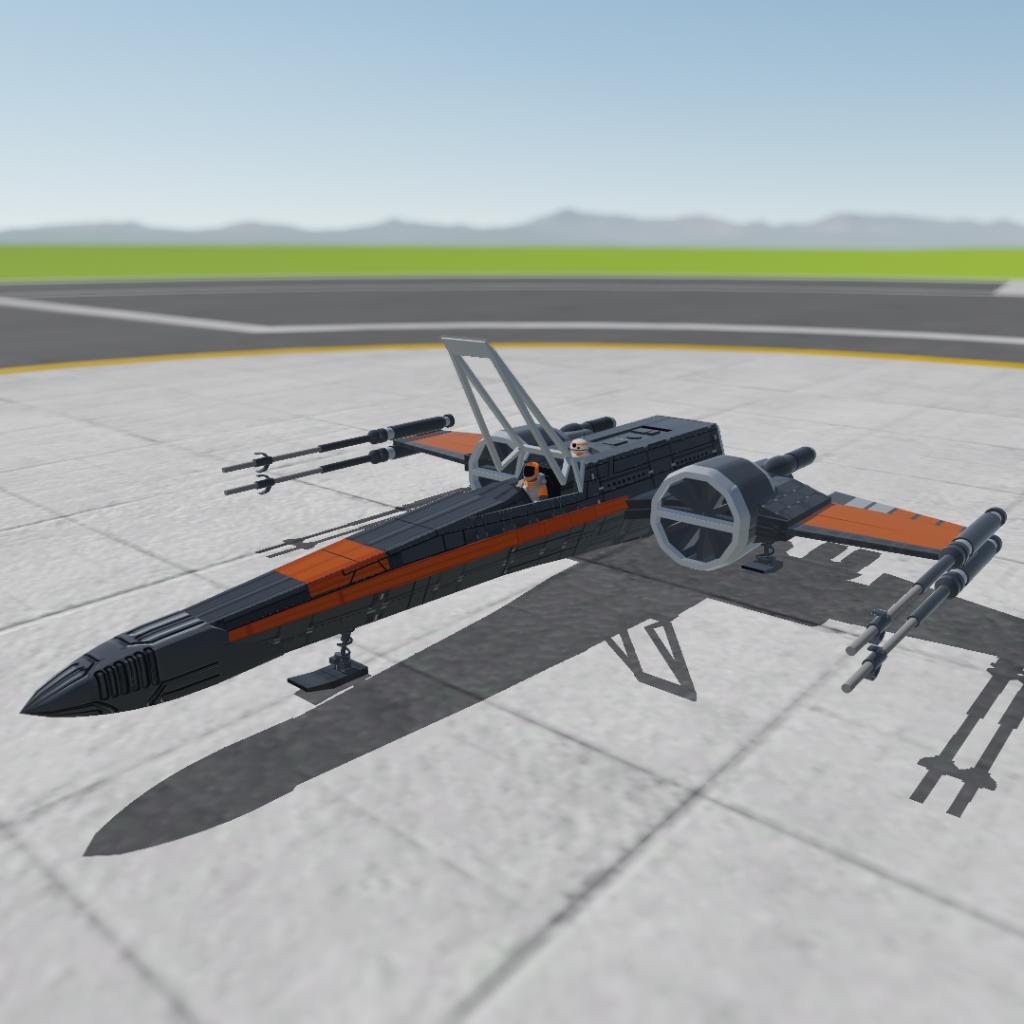 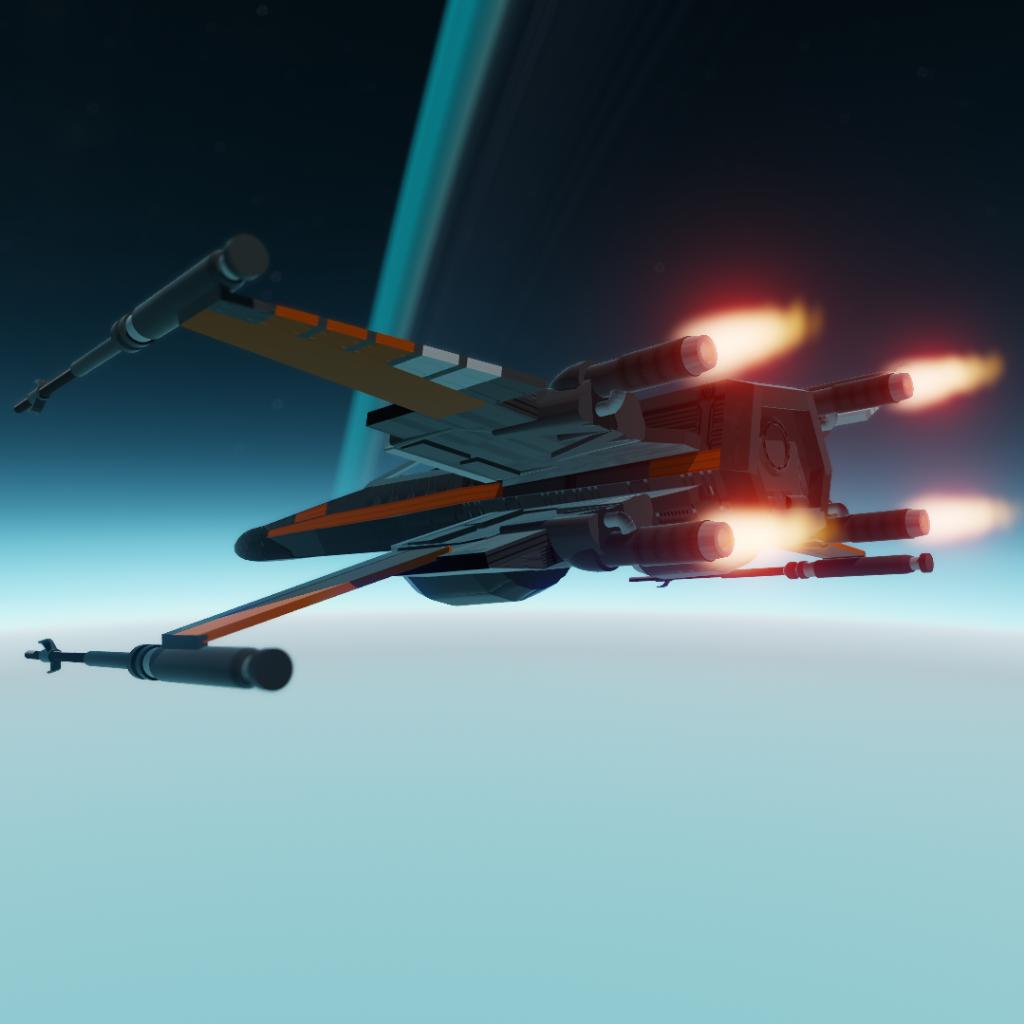 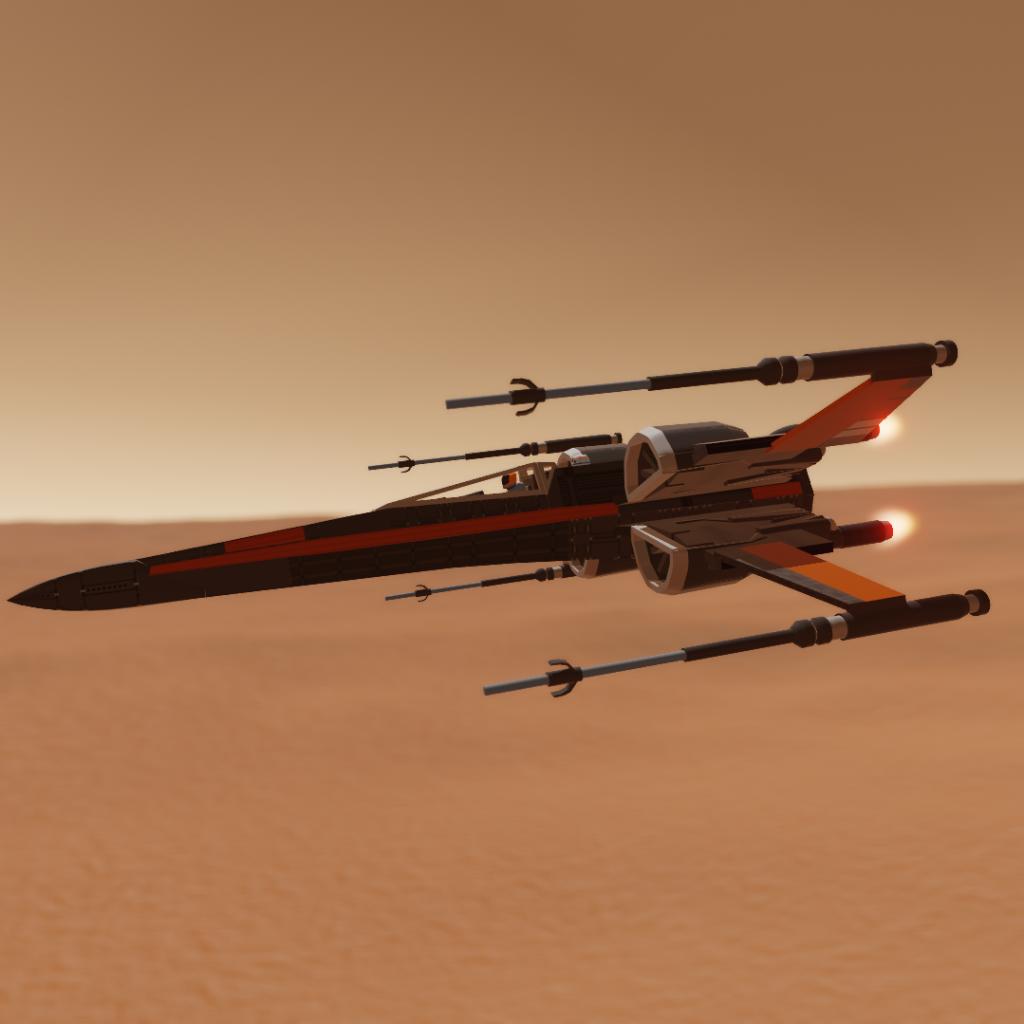 This is a replica of Poe Dameron's T-70 X-Wing Starfighter from Star Wars.

Thanks to s5ehfr9 for helping me to make the propulsion system and Vizzy, which enables this spacecraft to perform "Star Wars maneuver", meaning it could fly like a normal plane (with SAS) even without an atmosphere. This X-Wing is equipped with VTOL engine and hyperdrive, giving you the ability to land this X-Wing on wherever you want, except gas giants, unless there is a Cloud City.

AG1 S-Foils
AG2 Canopy
AG8 Toggle Landing gears and VTOL mode. (in this mode your vertical velocity will be limited)
AG9 Hyperdrive (Don't jump into hyperspace or jump out of hyperspace when you are close to the ground, this may lead to catastrophic destruction)
AG10 Toggle RCS (Don't turn it on if the angle of attack is too large if to do so will damage the structural integrity of this X-Wing)
Don't exceed 4500m/s and perform large turns or brake too hard. When you are jumping out of time warp, try to use the brake to slow yourself down to <4000m/s and then turn on the RCS. Besides, toggling AG9 during a very short time interval sometimes could lead to an explosion. In order to maximize its maneuverability, speed should preferably not exceed 1000m/s. Please be aware that the default throttle for the VTOL engine is set to 50%.

May the force be with you. 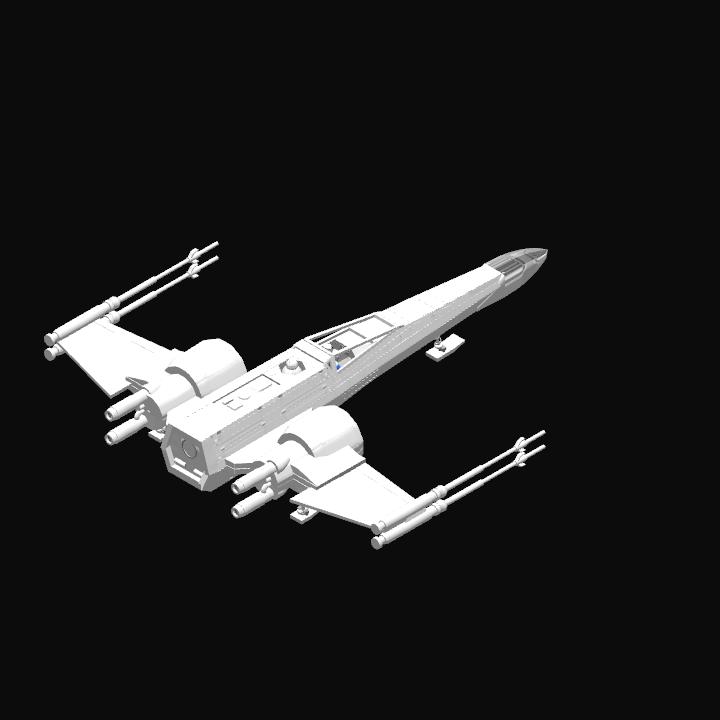