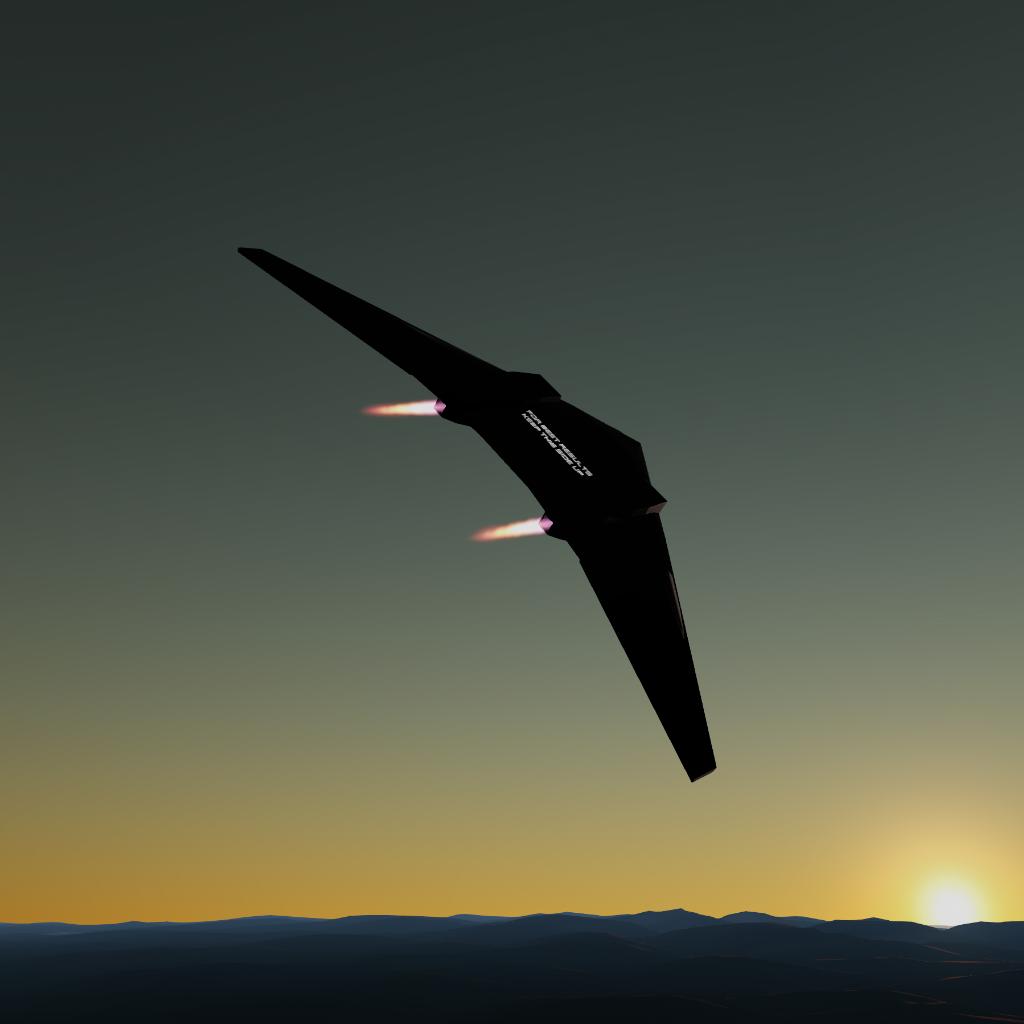 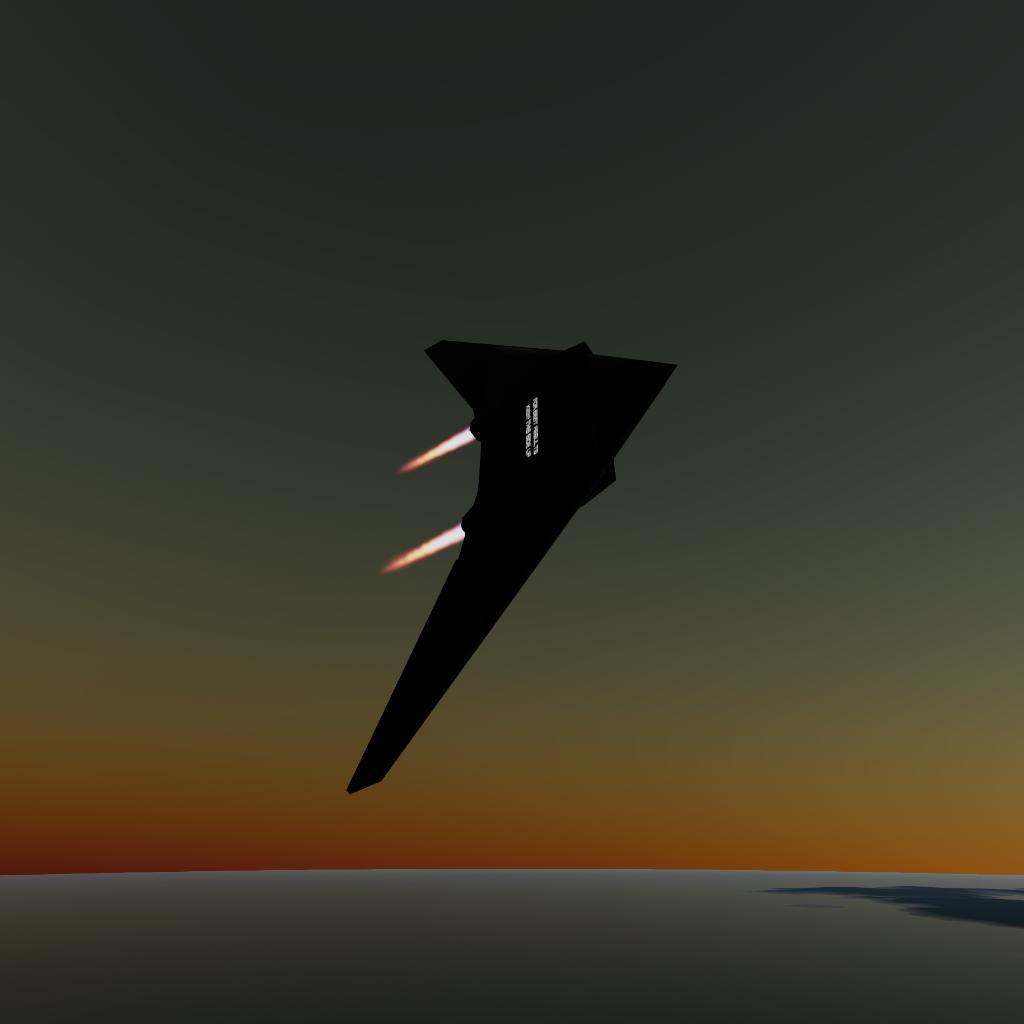 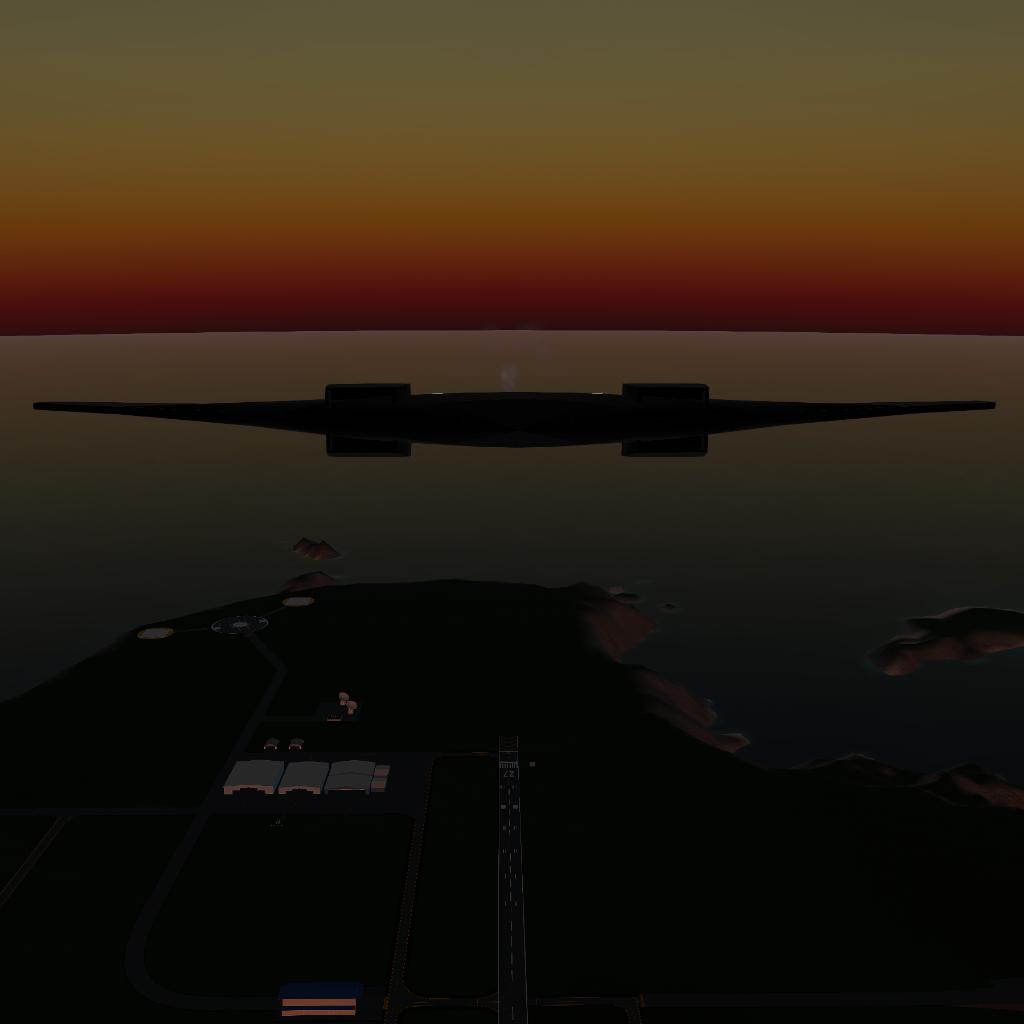 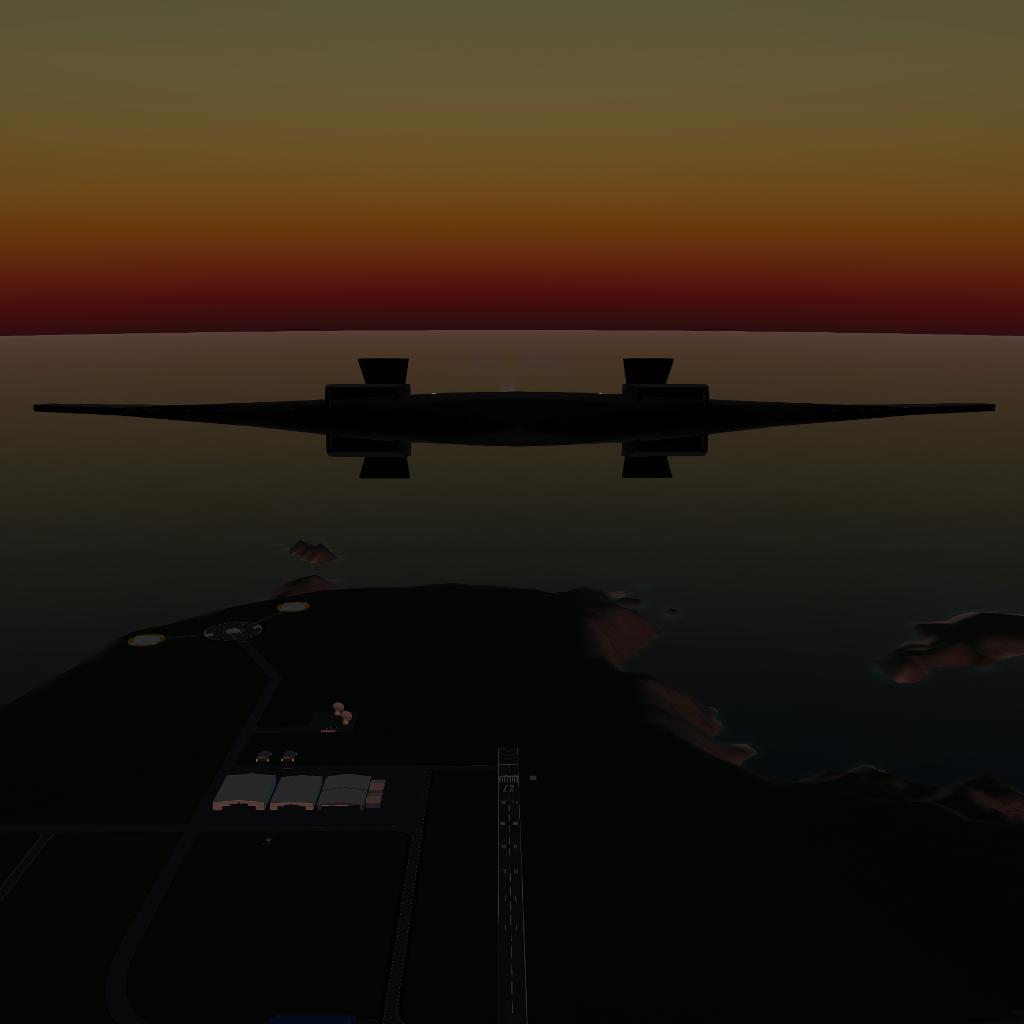 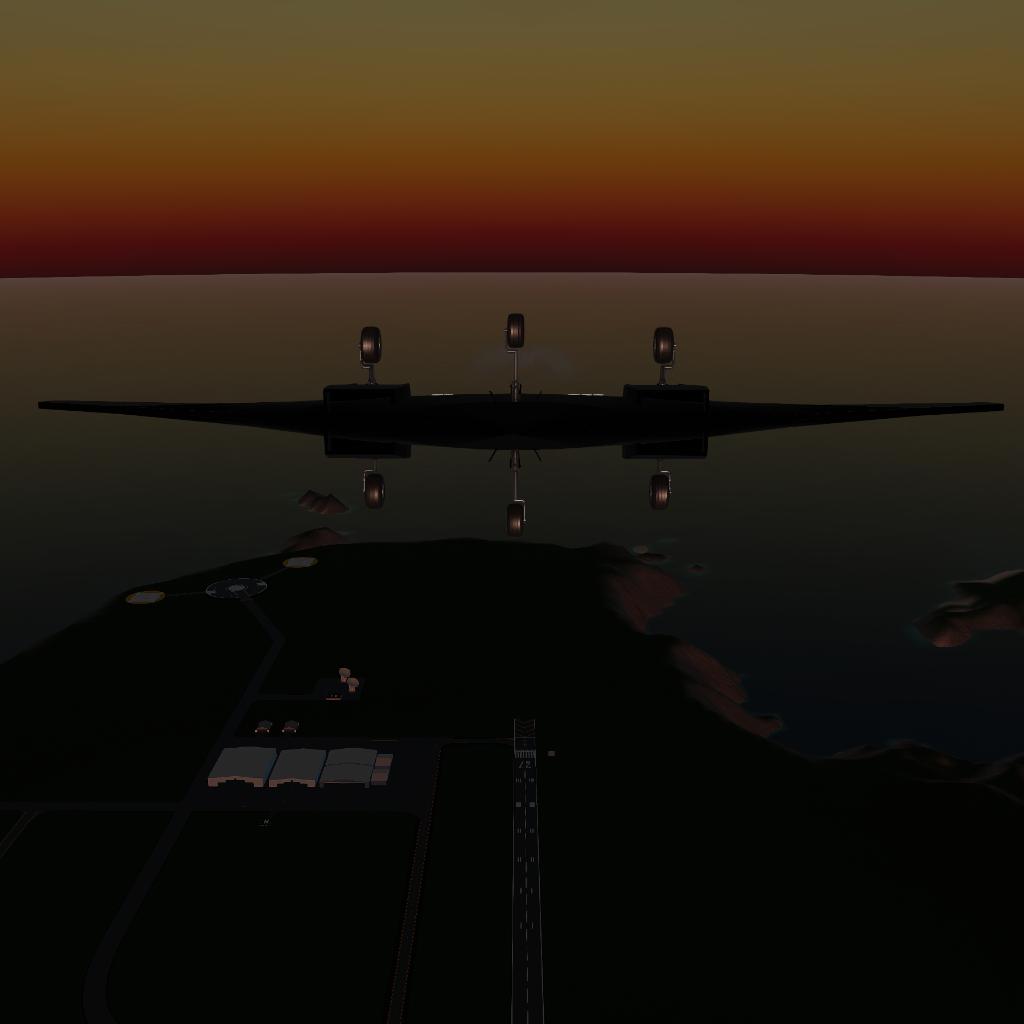 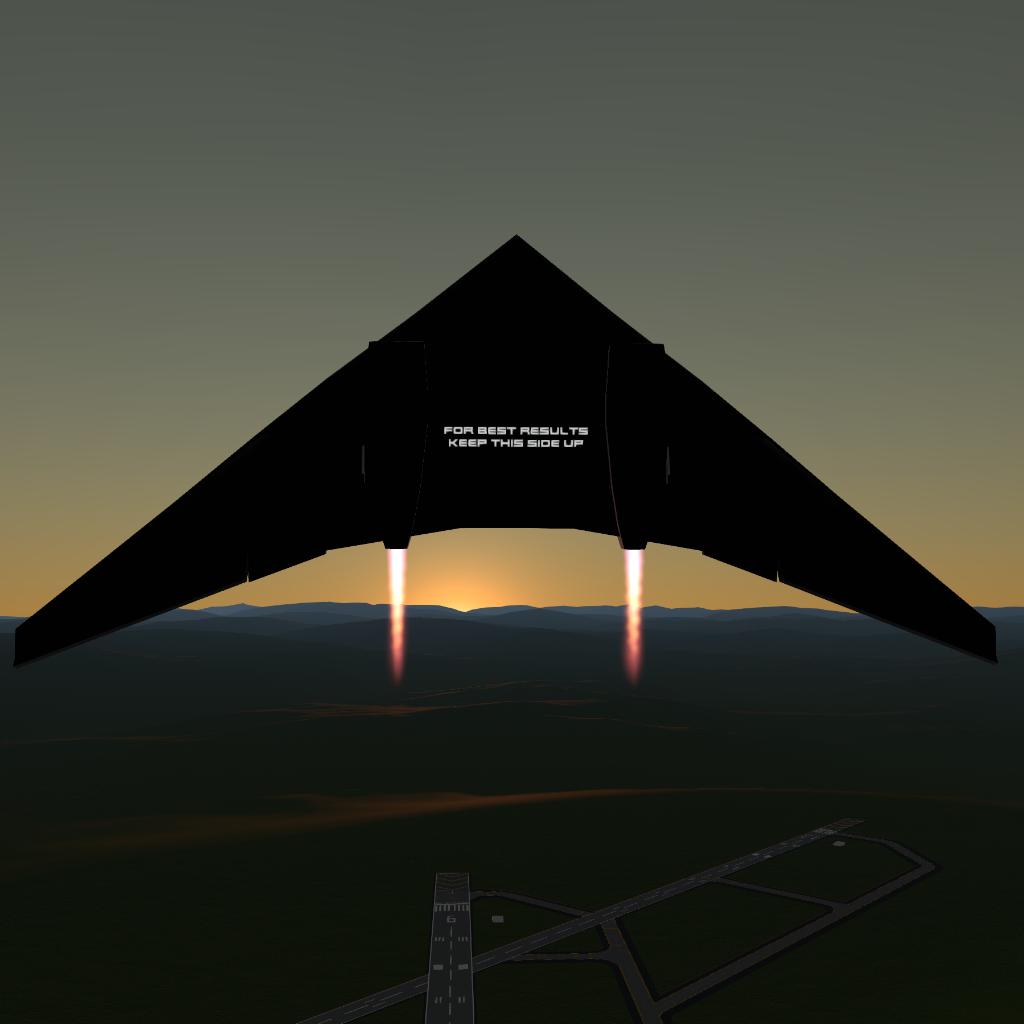 "This Side Up" is a small, fast, and nimble multi-role flying wing prototype developed because why not. It’s designed to be deployed, launched, operated and recovered entirely in the field, very similar to civilian R/C airplanes. Although not officially a stealth aircraft, This Side Up has design cues taken from the B-2 and other stealth aircraft to reduce its radar profile as much as possible without the use of expensive composite material.

This Side Up has a top speed over 500m/s and a stall speed around 100m/s. Recommend landing speed is 125m/s. It glides quite well and often requires use of the four speed brakes (two on top and two on the bottom) to decelerate for landing.

Oh yeah, one last detail: This Side Up is a fully symmetrical aircraft. The bottom is a mirror of the top; the left side is a mirror of the right. As a result, it’s impossible to determine whether the aircraft is inverted or not. The slightest distraction can cause the pilot to lose orientation of the aircraft, particularly when flown at dawn or dusk. Why a symmetrical design? Because it makes it more fun and more challenging to fly! 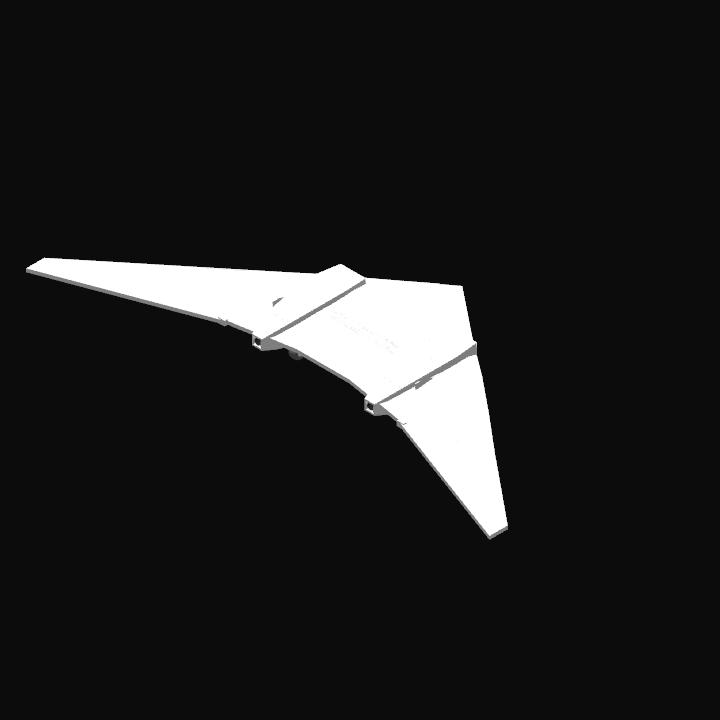 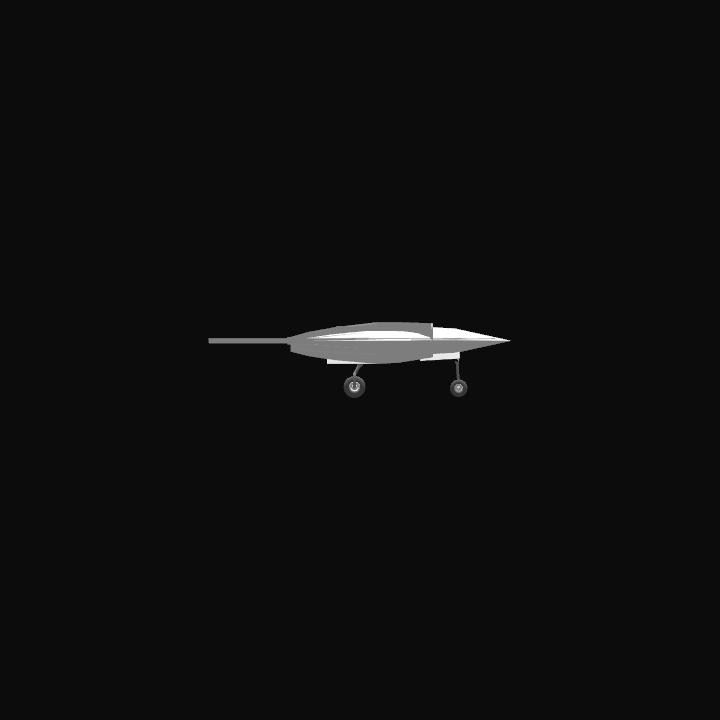 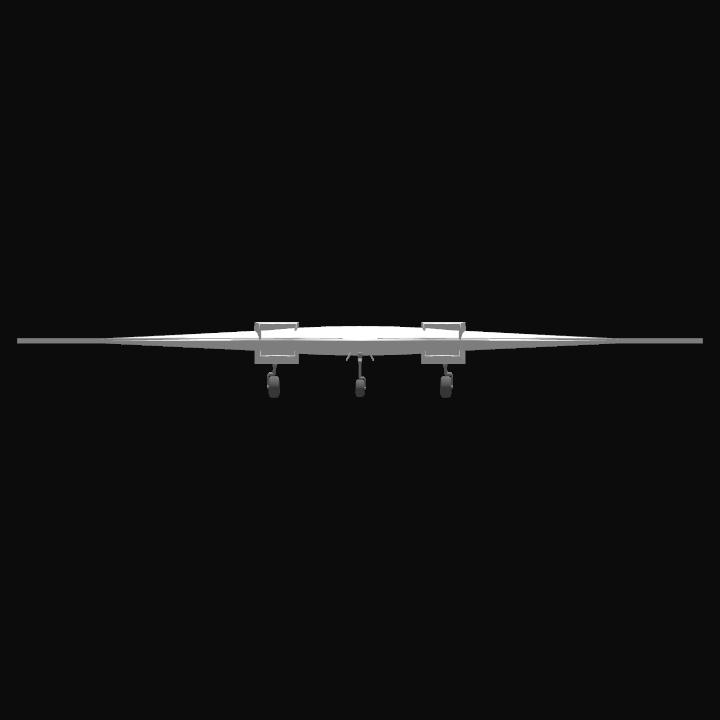