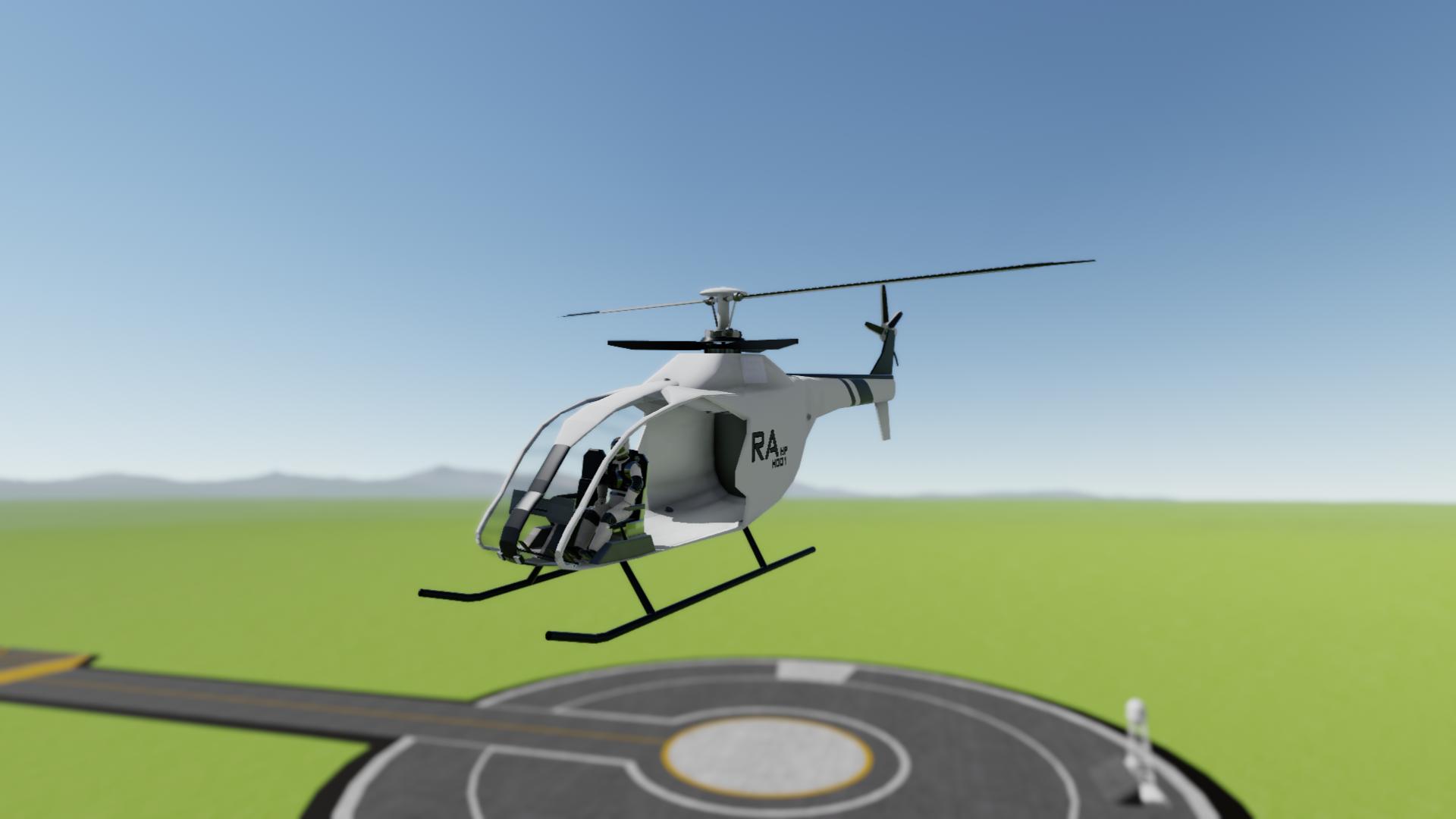 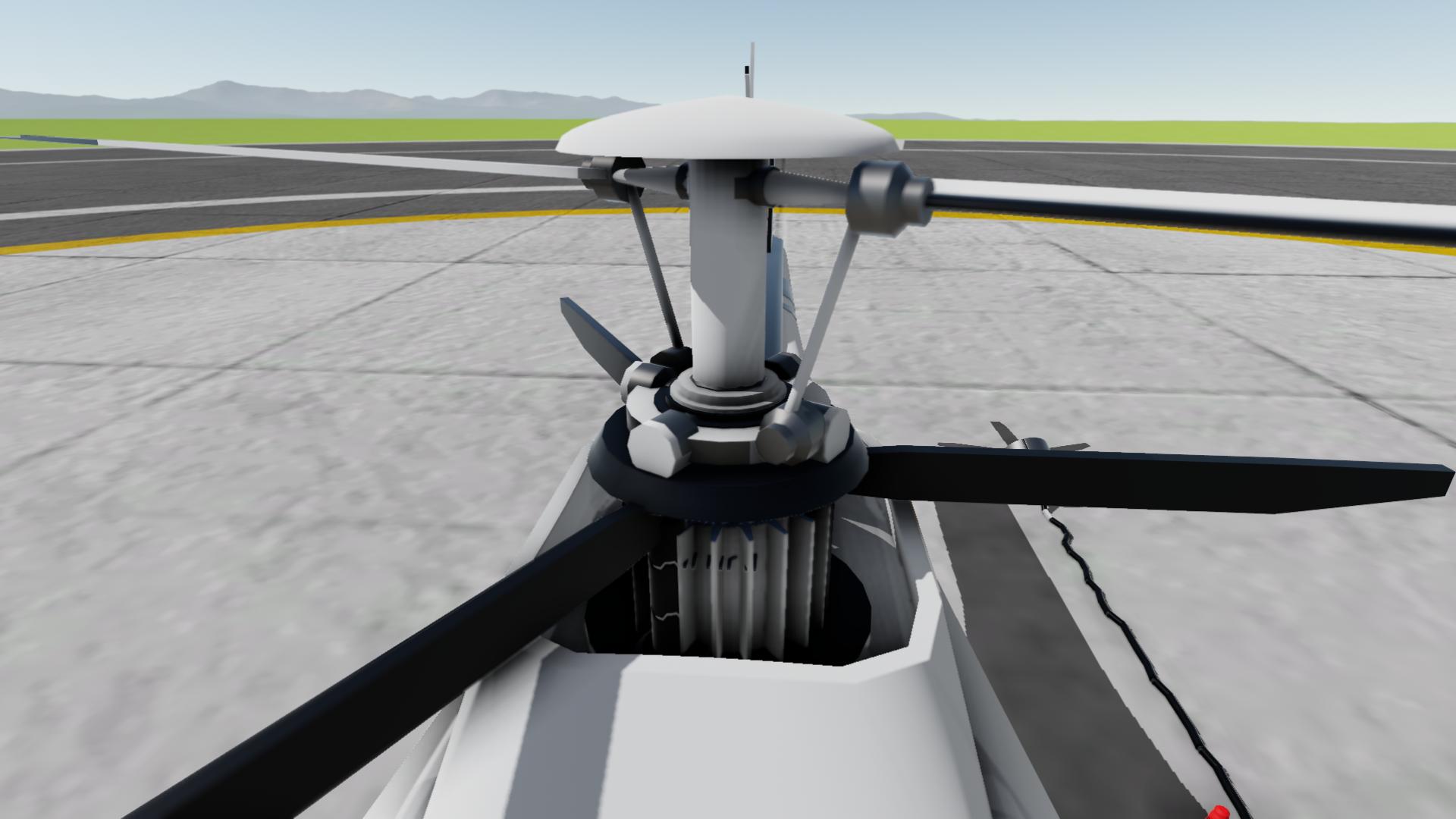 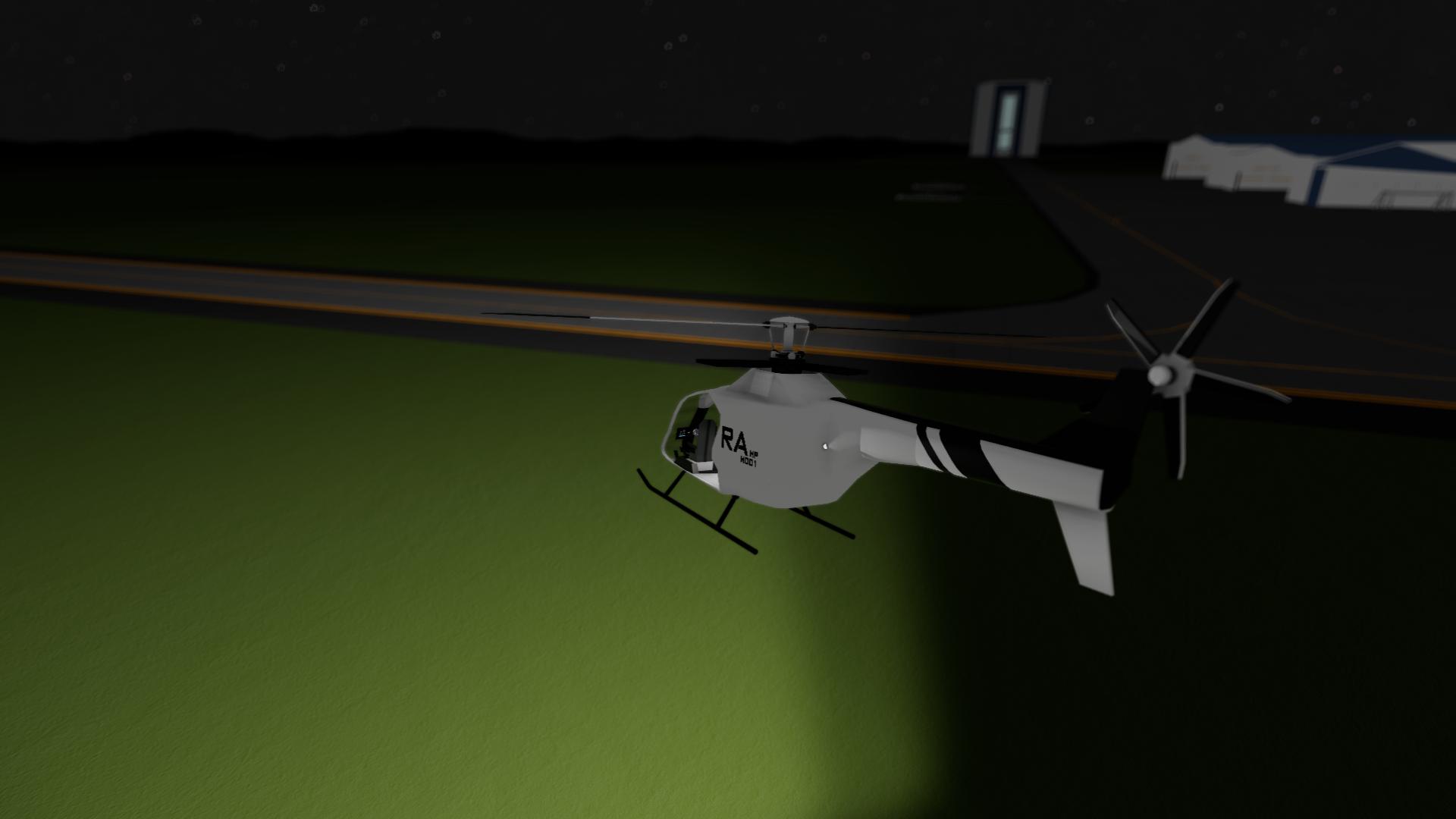 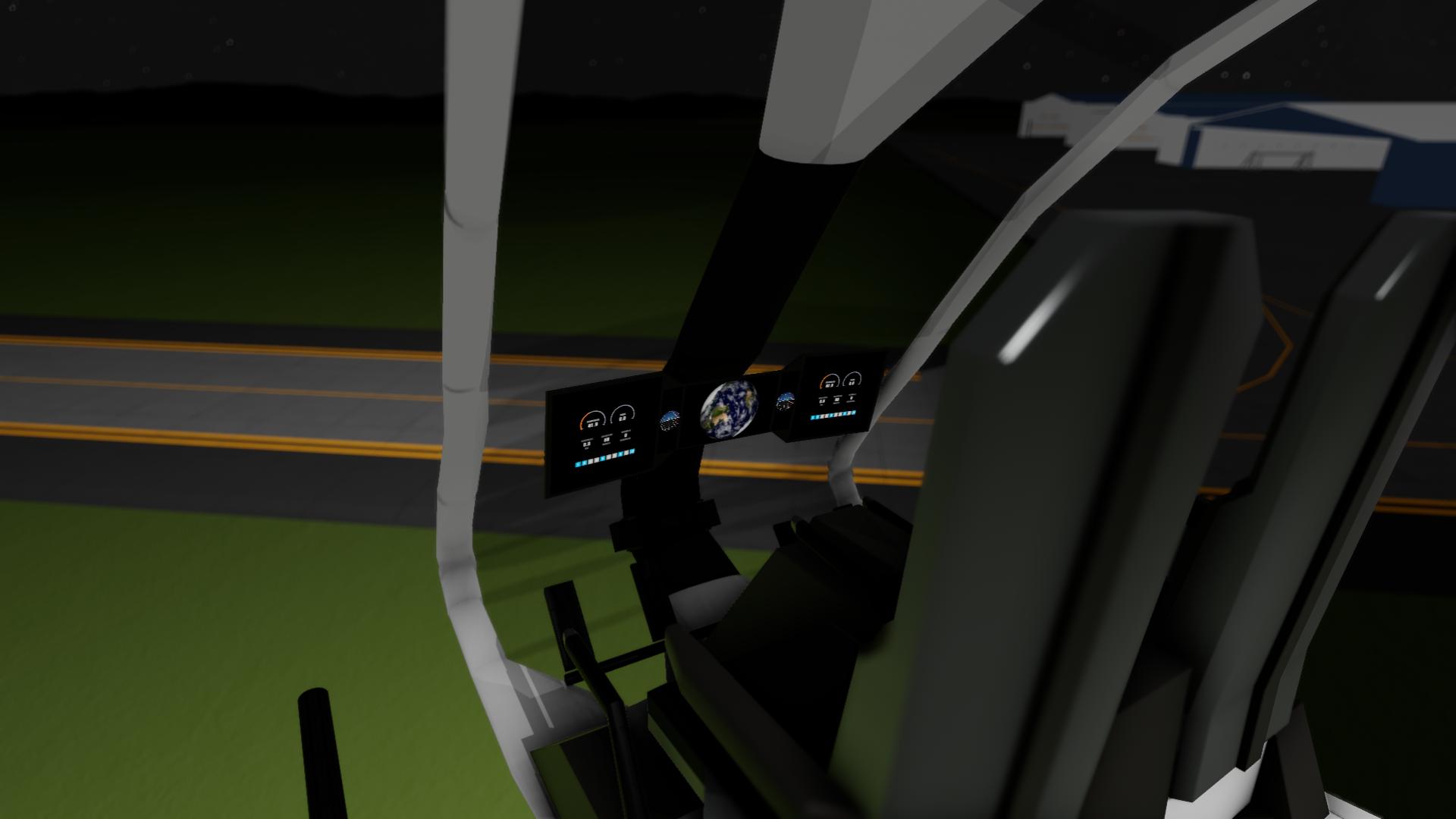 RA-HP is a small helicopter. It uses swashplate on its rotor wings just like real helicopters(cyclic pitch control).

The maximum takeoff weight is around 11000kg. The ceiling is about 2000m AGL. The control surface on the main rotor wing is only used as a brake to slow down the rotor after landing.

The 2.05 version of RA-HP made lots of improvements on the structure of the rotor wings. The flight program on the tail rotor had been rewrote. The problem of losing control on yaw has been already solved.

You can watch the introduction video on BiliBili.

Throttle - Collective pitch or the total lift force of the rotor wings.
Pitch - Pitching up and down or moving forwards and backwards.
Roll - Banking left and right or moving left or right.
Yaw - Rotate horizontally at a low speed or turning left and right at a high speed.

You can also make a turn by banking the helicopter to one side and slowly pitch up like an airplane while moving forward, then the nose will slowly move to to the direction of the airspeed. Just like how the real helicopters are controlled.
AG3 - Reset the input of the tail rotors.
AG2 - Lights
AG1 - Main engine
Slider 1 is the input of the tail rotor wings so don't move it in the flight.

Pull the analog stick gently on mobile phones, single press WASDQE buttons on PC while controling the helicopter. The swashplate is sensitive.

Have a good flight! 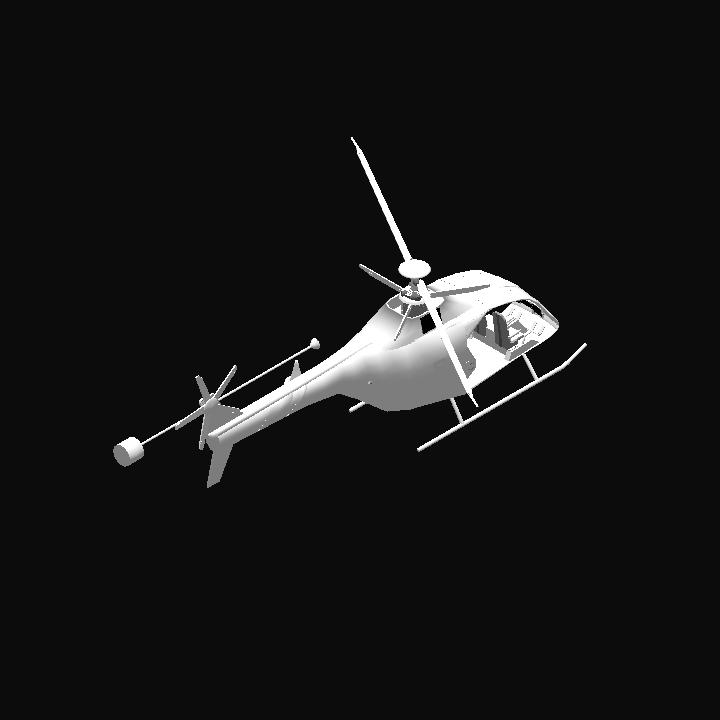 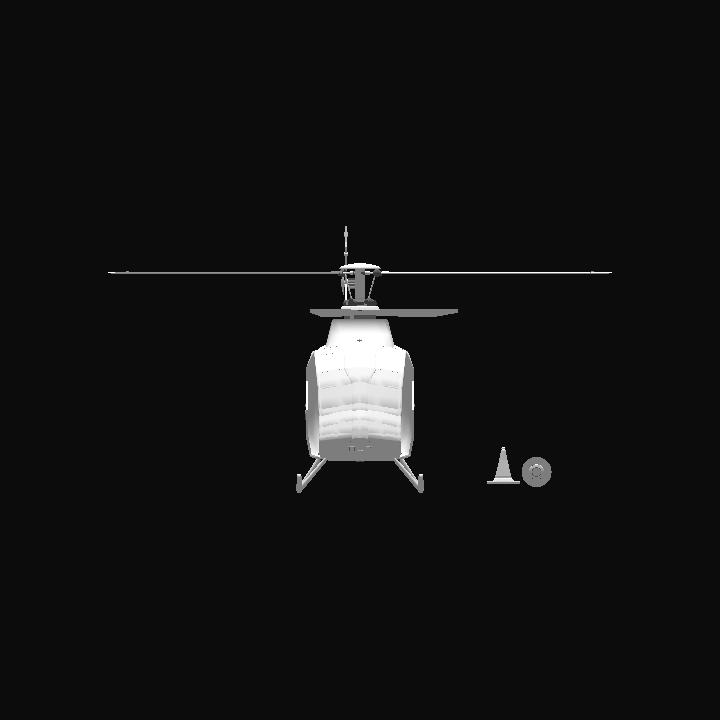