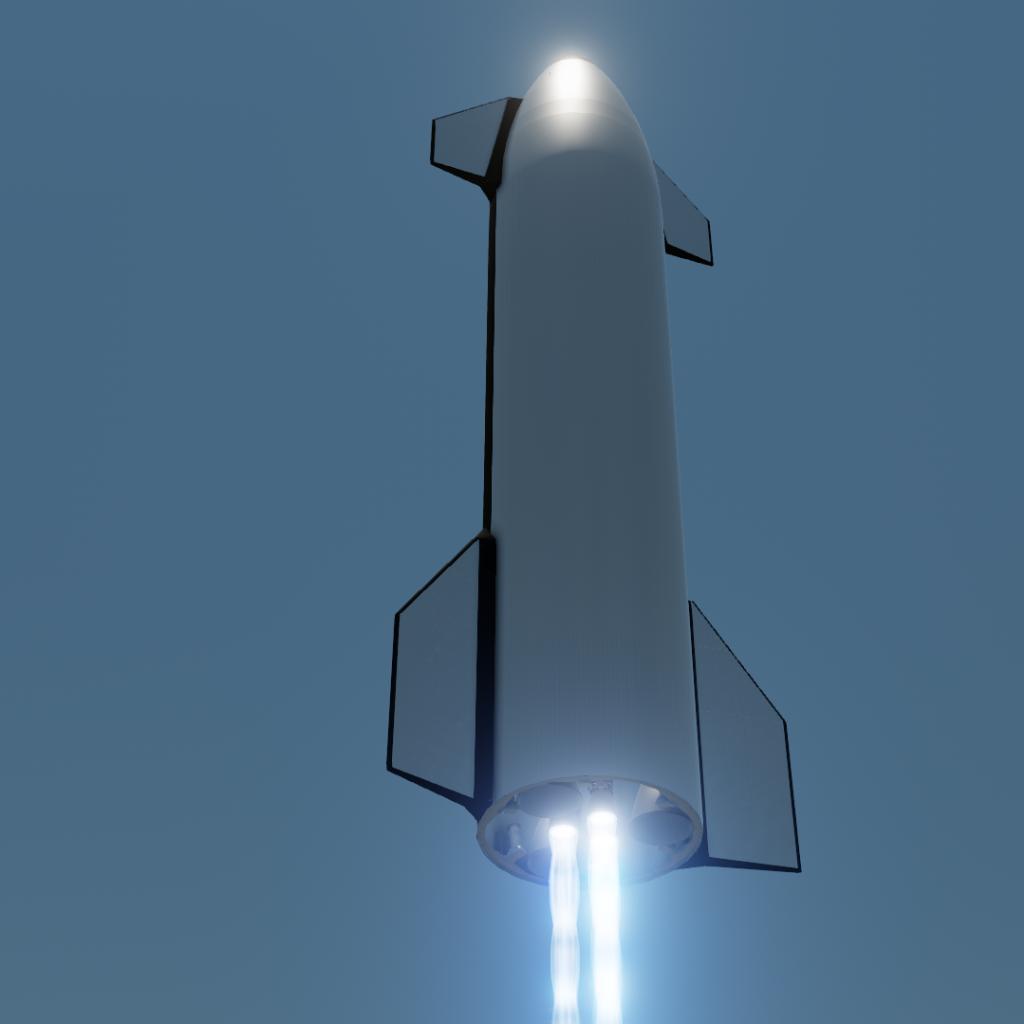 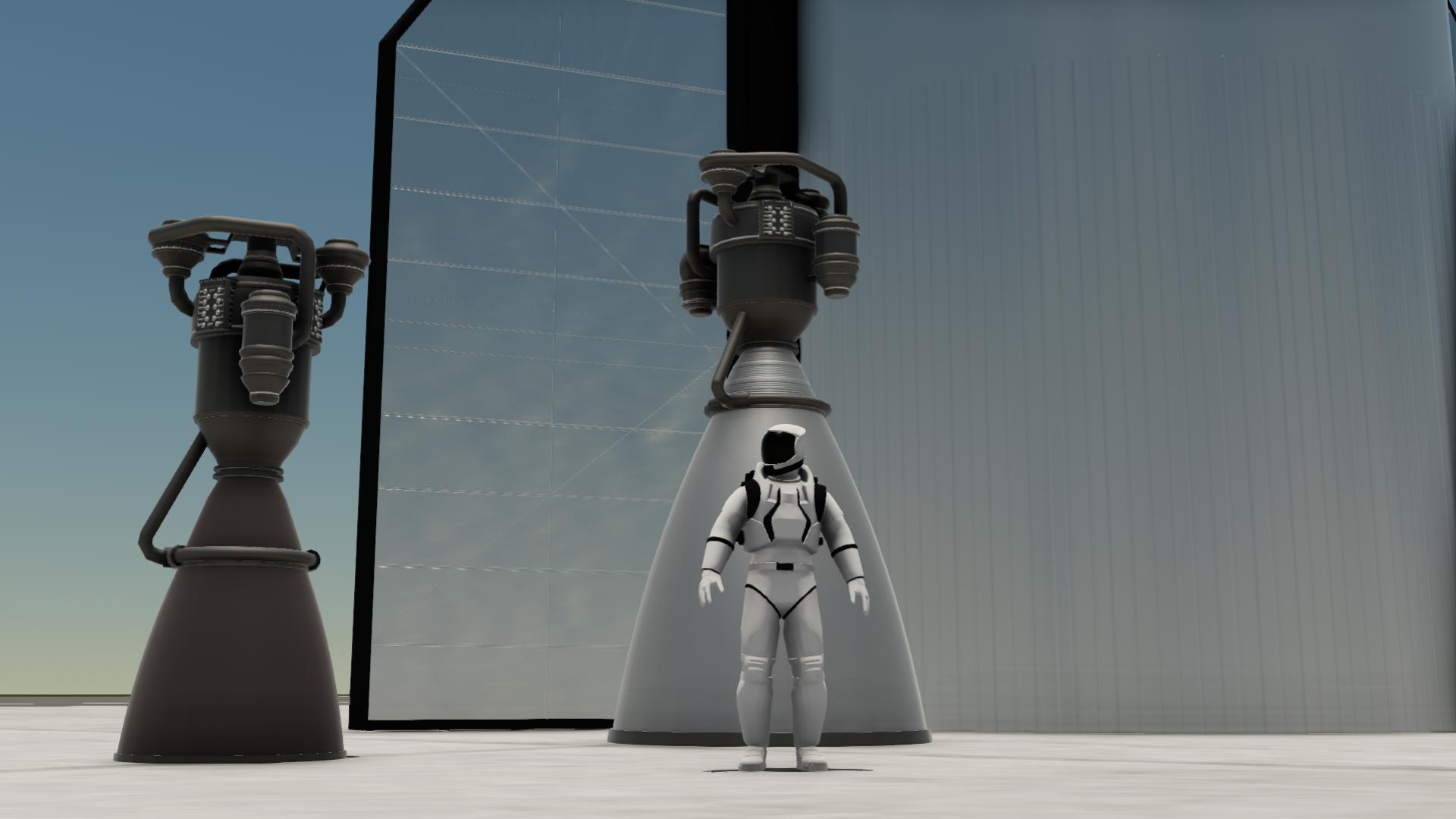 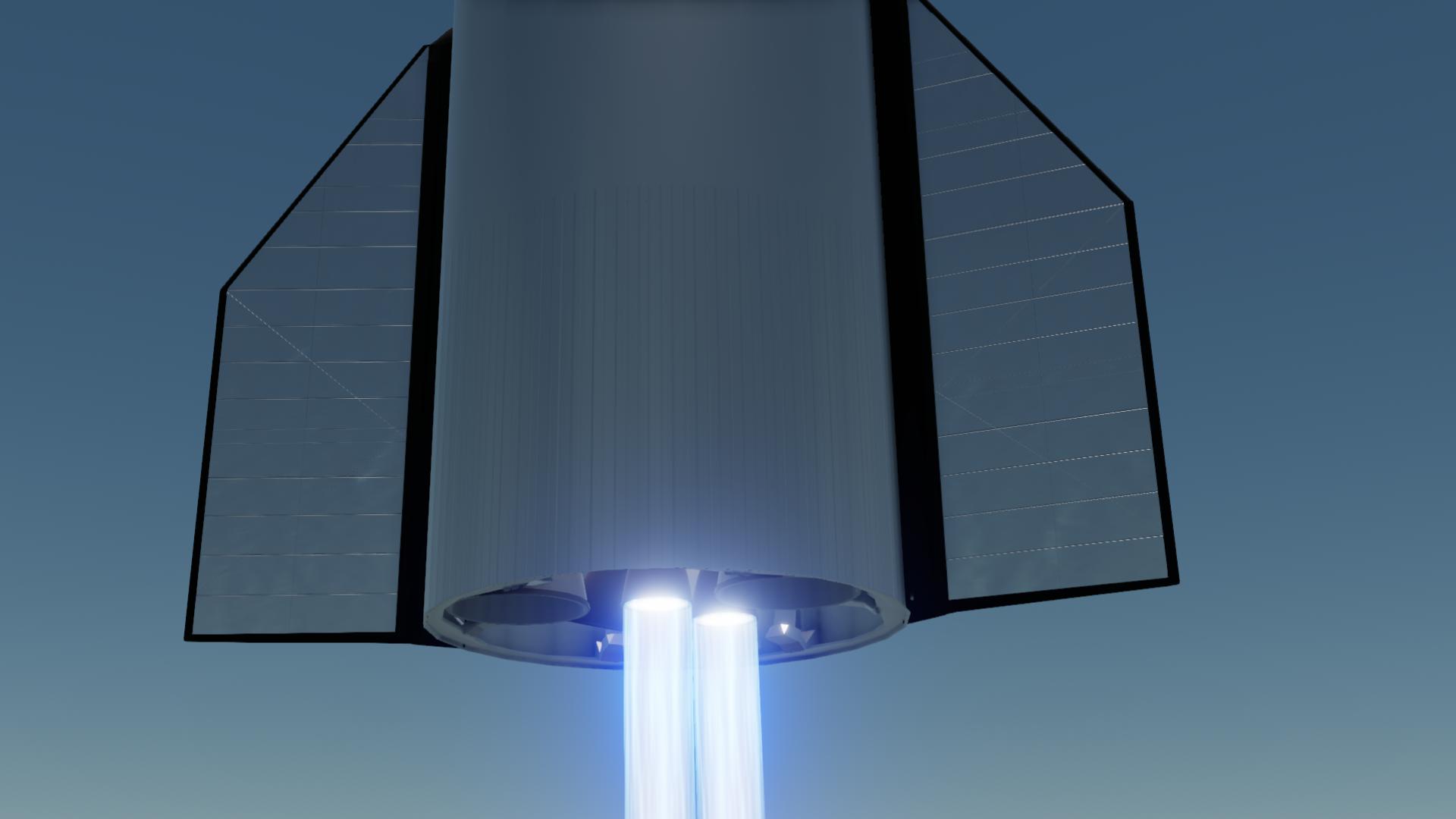 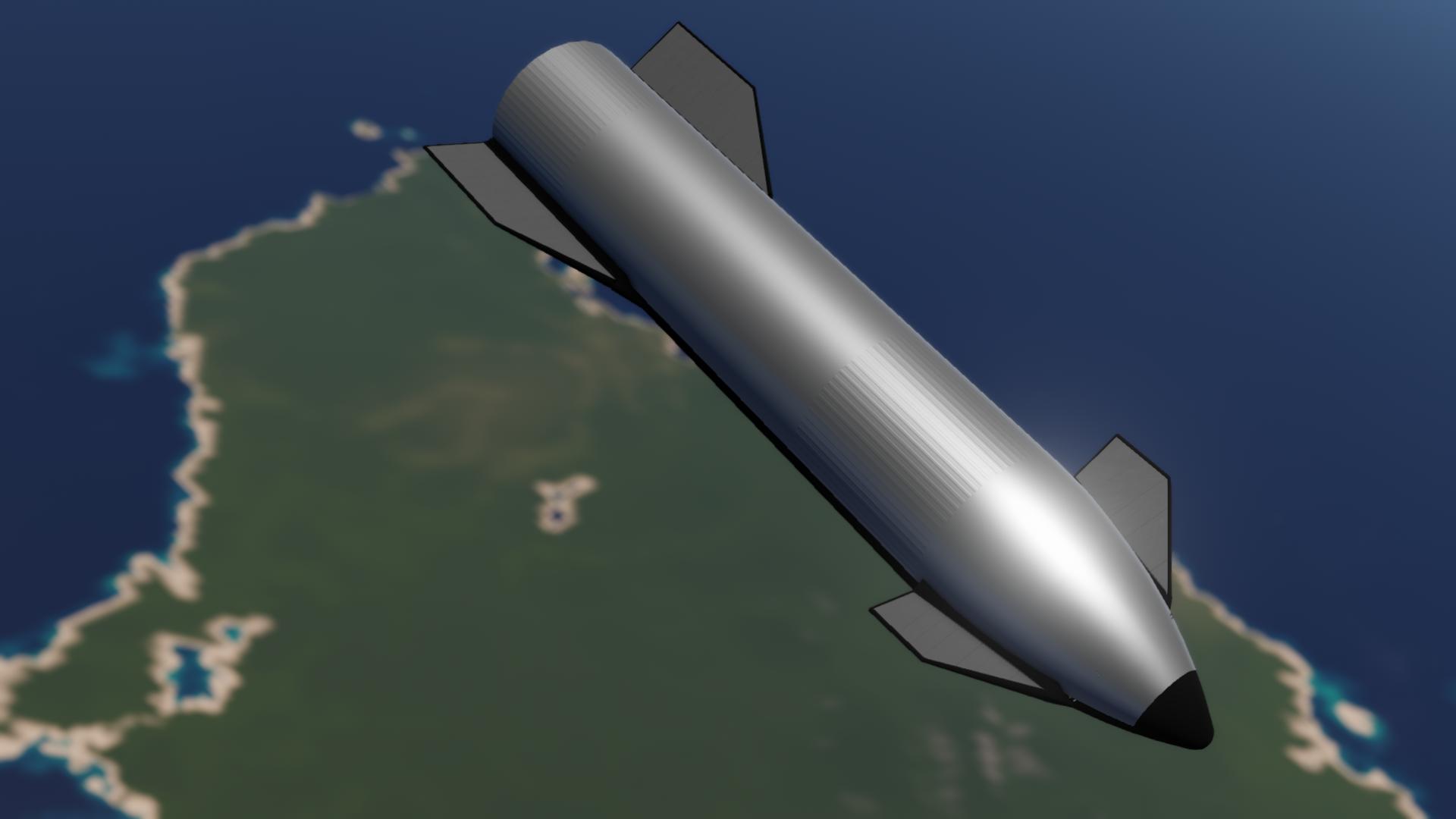 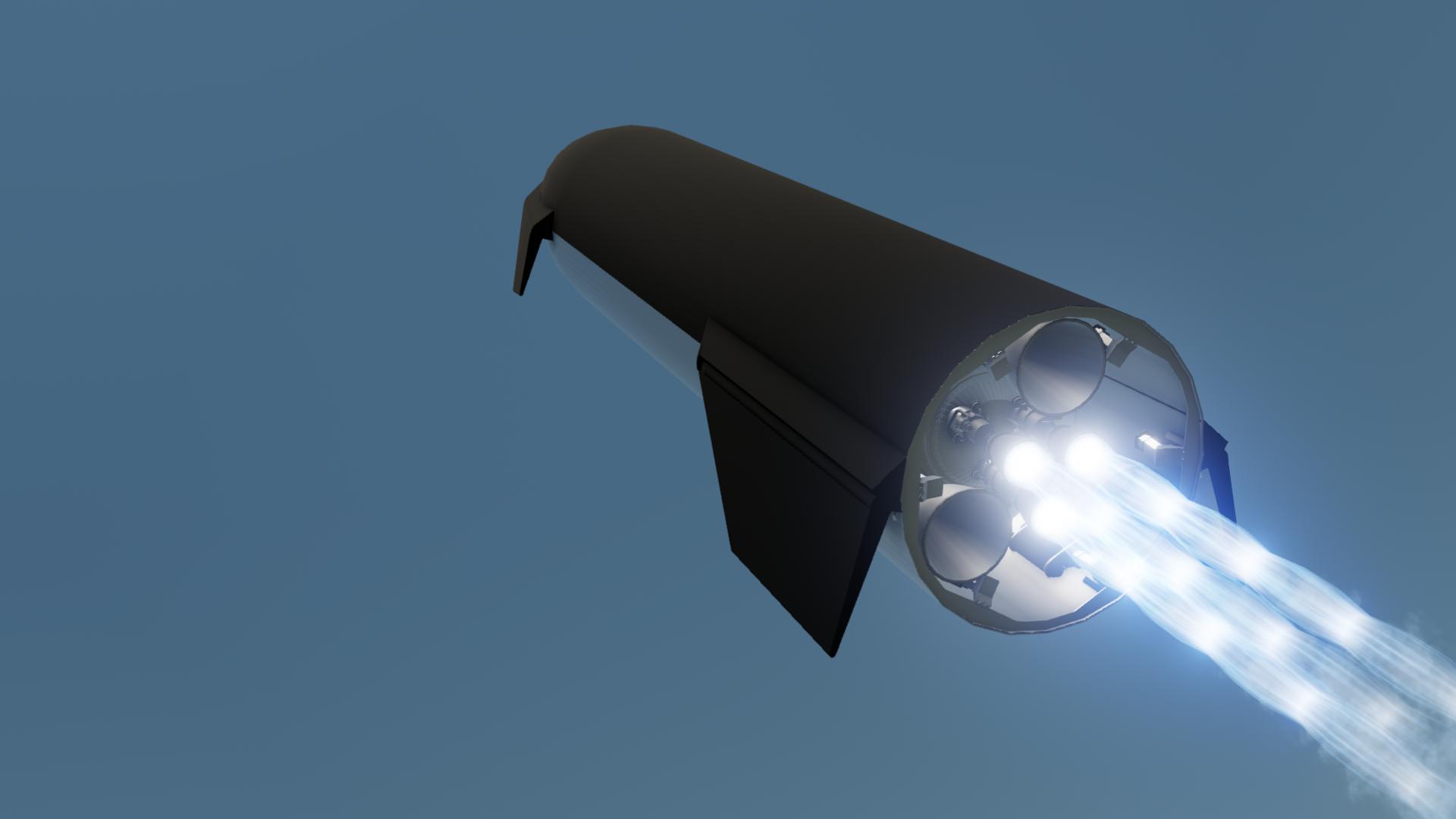 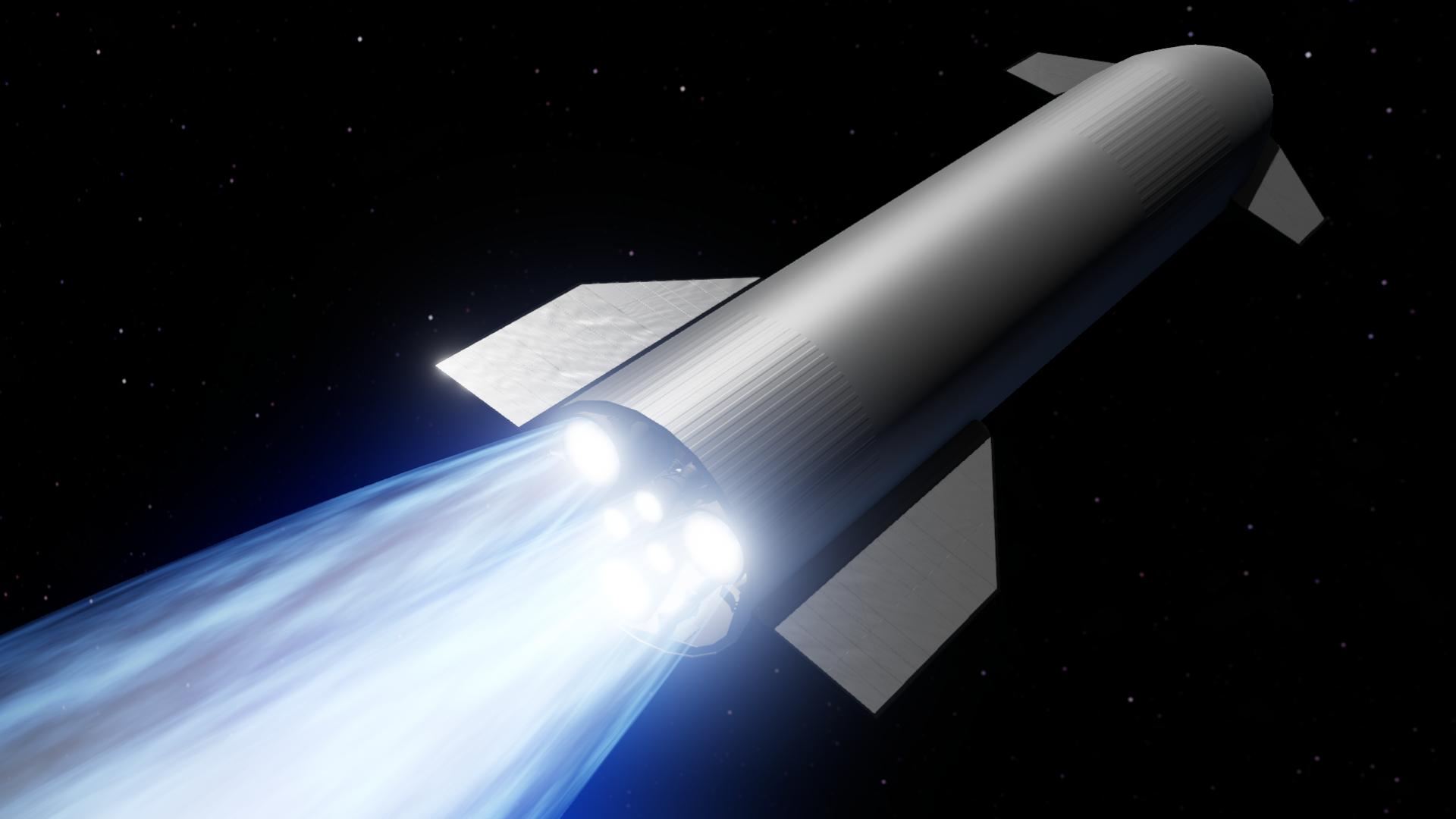 Tried to keep a fair amount of detail while keeping the part count relatively low. Flaps which take a majority of the part count, are taken from another Starship craft I am working on.

There isn't a coded hop for this (not sure if I will or will not release a version that covers that), but it included an improved version of my flap controls, as well as a system that moves the sea level engines out of the way when they turn off. 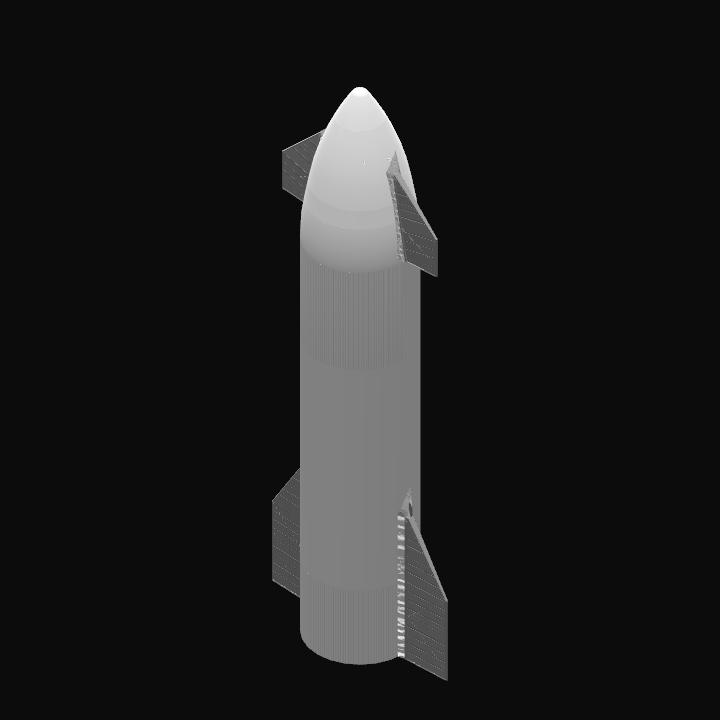 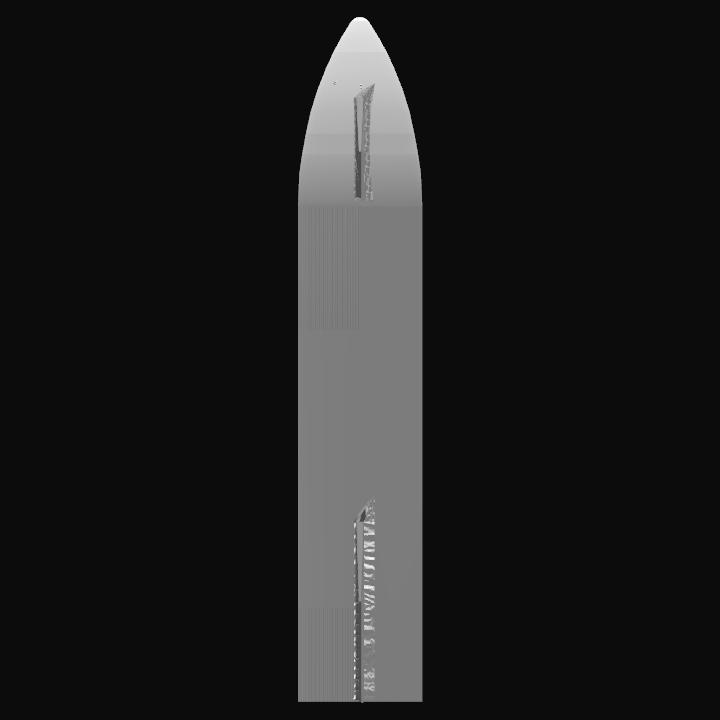 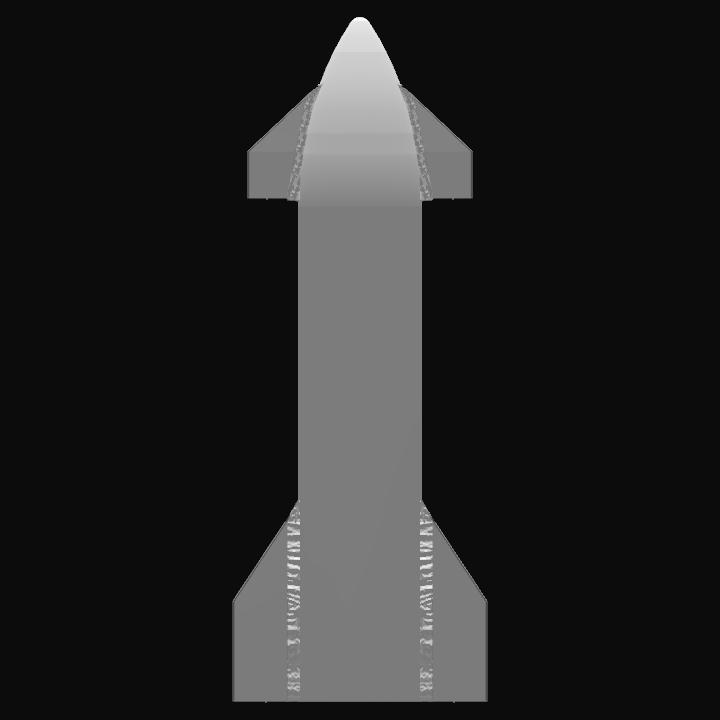