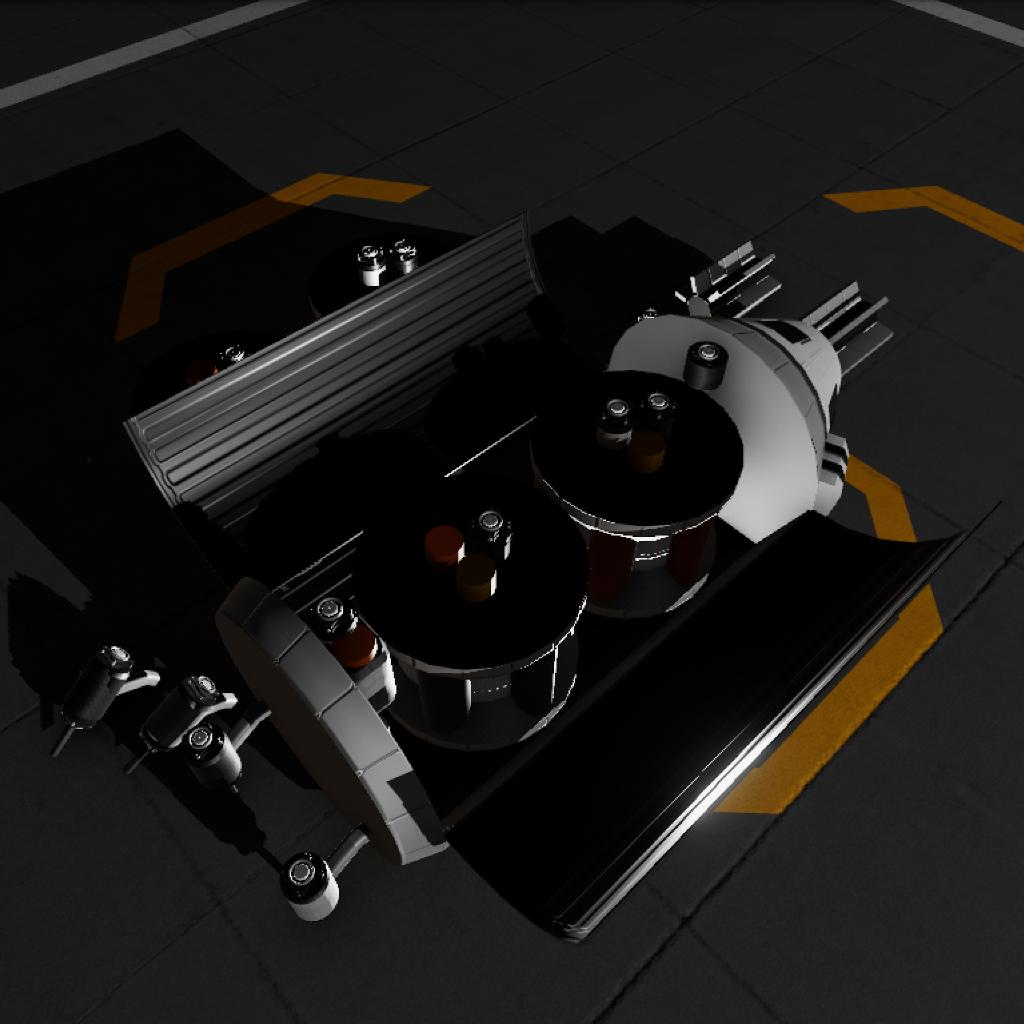 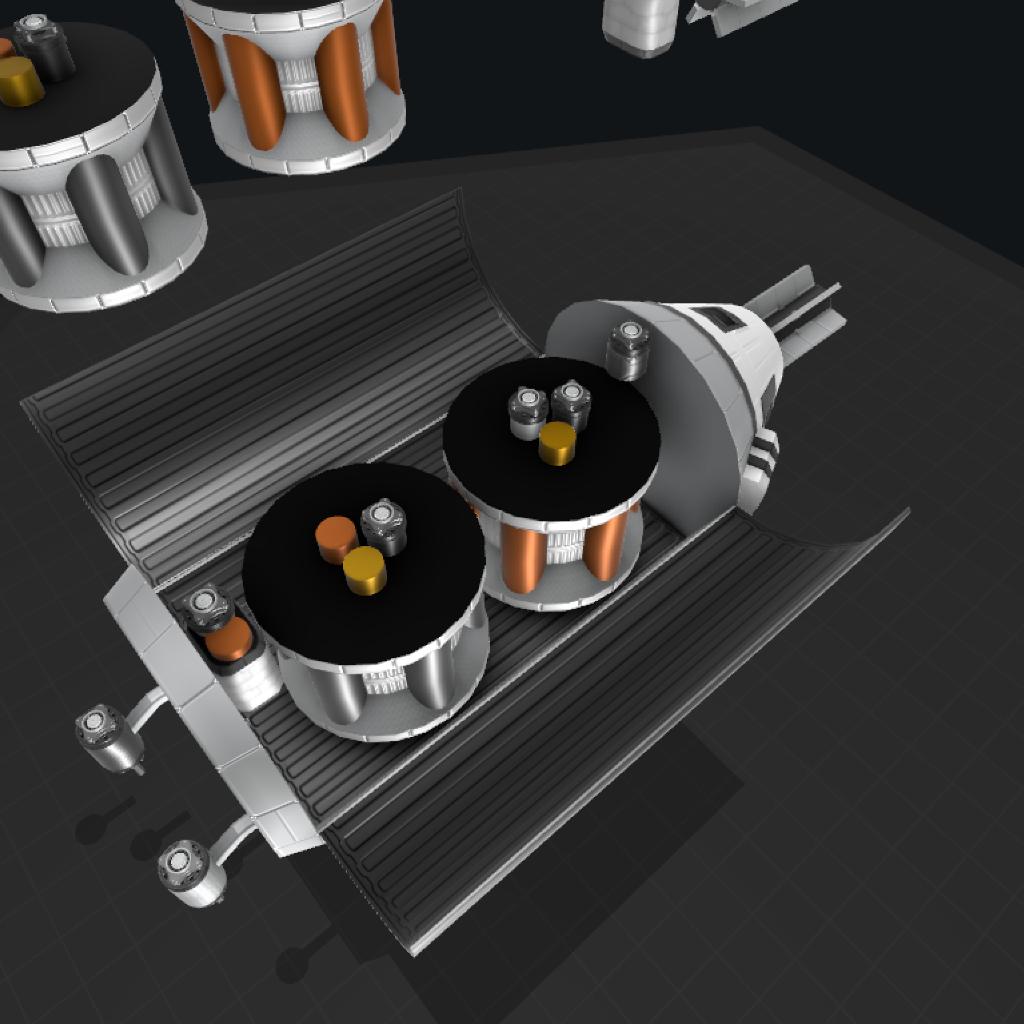 Yep, you read the title right, and no it's not a mod, so it does work on mobile.

Here are the instructions (ya might wanna sit down for this one, its gonna be a bit lengthy):

So the main craft is the one with the command pod and cargo bay. All the necessary "parts" are connected to it, and just to avoid anyone having trouble disconnecting them from the main craft I also have a duplicate of each "part ", which is next to the main craft for easy access.
The way I recommend you set this up is to grab each "part", and make a subassembly out of it (you can do that by dragging any conglomeration of parts to the top left corner of the screen), that way if you want to add them to any of your craft, you can just go to the subassembly panel in the parts section of the builder and drag them onto your craft.
The next thing you'll want to have set up is the craft script. The parts will generate fuel and whatnot on their own, but the script enforces various rules, like where you can mine them and other anti-cheating stuff. Without the script, you would be able to mine ice in deep space.
In the build screen, you'll want to go to the top panel (the one with the save and load options), and hit the script button. Then, once in the script screen just save the script with whatever name you'll remember.
Then, whenever you want to use these parts in a craft, just load the script onto that craft and you'll be set.
Alright, next up:
Drills:
It should be pretty easy to figure it out on your own, but the drills are the little things on the bottom of the craft. In-flight, you can activate the drill by activating activation group 4 (at least I think it's activation group 4). Then the main fuel tank (the grey cylinder) will begin to fill up, and it will begin to use power (more on that later).
Just to avoid any confusion in the comments, this is the main fuel tank of the drills: There are two different drills, a CO2 drill and an H2O drill. The CO2 drill is the one colored a darker grey, and the H2O is lighter, and obviously, the H2O drill mines H2O while the CO2 drill mines CO2.
Now obviously H2O is already a fuel in the game, but CO2 isn't. So how can CO2 be mined? I just used Xenon as a placeholder because, let's be real, what kind of maniac actually uses ion engines?
So, assuming you have the power, in-flight you should be able to activate Activation Group 4 in order to turn on the drills. However, if you were to try this, it probably wouldn't work. That's because (assuming you have the craft running the vizzy script), there are various limitations to where you can and can't mine.

Heres how to figure them out:
Click on any part. Then, in the parts panel, click the button that will take you to whatever chip/capsule is controlling your craft. Then, expand the "flight program" part of the panel if it is not already, and click on "View Log": This should bring up a panel (which should occasionally twitch) that says something like: H2O stats and CO2 stats are just the bare-bones info on where you can mine H2O and CO2. You'll notice that since they have completely separate stats, not everywhere where you can mine H2O can you mine CO2 and vice versa. This is because I wanted to be a real pain-in-the-ass to anyone who wants to use methalox, as they'll have to mine large quantities of both.
First things first, if the info is blank on the CO2/H2O stats panels, that just means you can't mine that resource anywhere on that planet. The next thing you want to pay attention to is the "Is H2O/CO2 minable: " line, which is the final say on whether or not that resource is minable in your current location. If it says false after the colon, then the drill for that resource will quickly deactivate after you turn it on, and if it says true then that won't happen.
The next thing is the Altitude Line. First off, the "Max Altitude: " number is the highest your altitude can be while still being able to mine that resource, usually it will just be 20 meters. The second part is the "Is Altitude AGL?: " part, which if true means the altitude limit is at ground level, and if false means the altitude limit is in reference to sea level. So, for example, 20 m AGL would mean you can be no higher than 20 meters above the ground, whereas 20 m ASL would mean you can be no higher than 20 meters above the ocean.
Next part, the Latitude Line. The "Latitude Border: " number is essentially where a line would be drawn around the planet, both on the northern and southern hemispheres. Sorta like this example: After that, the "Is Region Polar: " determines on which side of the border you can mine that resource. If it's true, then you will have to mine in the polar regions north of the border in the northern hemisphere or south of the border in the southern hemisphere. If it's false, then the resource is only minable in the equatorial region in-between the borders. If you're wondering how to check your Latitude, I actually don't think there's a way to do it in the stock UI, so the very top line of the log tells you your latitude.
Now, if you want to plan in advance for where to mine which resources, I've made a mining map of the system (click on it to open the original image):

A few important mentions, on Cylero there is an overlap with the CO2 and H2O zones between 55 and 60 degrees, so if you want to produce methalox, go there. At Nebra you'll notice that it's CO2 region is subaquatic, and just to clear it up this means you'll have to mine at 2,000 m below sea level.
So, you've gone through all that, and your mining fuel, but when the tank fills up AG 4 gets deactivated and the fuel is drained out of the tank. What went wrong? Well, the last thing to know is that you're supposed to drain the fuel into another tank.
You can do this by clicking on the drill's fuel tank, and click the drain fuel button in the part properties panel: And then you'll want to click on the fuel tank you want to drain into, and hit the drain into button: So now that you know how to mine fuels, you'll need to know how to refine them into whatever you need.

Refinement Systems:
So there are two fuel refinement machines, and they're these bad boys: The one with the orange siding is the electrolysis machine and the one with the greyish siding is the Meth lab. On the top of them, you'll see three small cylindrical fuel tanks, which I have dubbed "fuel nubs". These are the tanks that will either fill or drain with different kinds of fuel in the process of fuel refinement. There are two kinds of fuel nubs, input fuel nubs which drain the fuel in them, and output fuel nubs which add fuel into them. If you tap on the nub, the name will tell you what kind of fuel it's for and whether it's an input or an output, but an easier way to tell is that output nubs have these "drains" on top of them, whereas input nubs are bare: What you'll want to do is drain fuel from either a fuel tank or directly from a drill into the input fuel nubs, and set it up so that the output nubs drain into either a fuel tank or another fuel refinement machine. Then in order to activate them, you have to activate activation group 6 for the Meth Lab, and activation group 7 for the electrolysis machine.
The electrolysis machine has a water input, with a liquid hydrogen output (used for making methalox or fuel for nuclear thermal engines) and a Hydrolox output (used as a chemical fuel or in a hydrogen fuel cell).
The Meth Lab has a liquid hydrogen input and a CO2 input, with a methalox output.
Also, I lied. There is a third machine that produces monopropellant: This has a Liquid Hydrogen input and a monopropellant output and activates with the activation group 5.
Important note: make sure you always have fuel draining into the input tanks and fuel draining out of the output tanks. If any of the tanks are detected to be empty, the script will deactivate the machines. If you don't want a certain fuel, you can activate the vents on top of that fuel's output tank.
Another important note, all the machines are designed to work together, so for example an electrolysis machine will use up water at the same exact rate that the water drill mines it, and the meth lab uses up Liquid Hydrogen at the same rate the Electrolysis Machine produces it, meaning you can just drain fuel directly from machine to machine.

And onto the last section:
Electricity:
Each of the machines, including the drills, use 20 kW (Kilowatts). If you want to see how much power a solar panel is generating, you can click on it in flight, and it will say the amount of power it's generating. In terms of battery storage, 20 kW means it will use 0.02 megajoules every second.
Unfortunately, as you get further out in the system, generating 20 kW on solar panels gets harder and harder, and by Urados it's basically impossible. In order to help this, I've added in two new methods of generating power
The first one is an absurdly powerful rtg: It activates when you activate Activation Group 9, and will generate 20 kW of power.

The next power generator is a hydrogen fuel cell: To use it you can feed the Hydrolox from the electrolysis machine (or a Hydrolox fuel tank) into its fuel tank, and activate Activation Group 9, and this will generate you 15 kW.

Thats all folks
I'll try to answer any questions in the comments, and I might add an FAQ part after this. 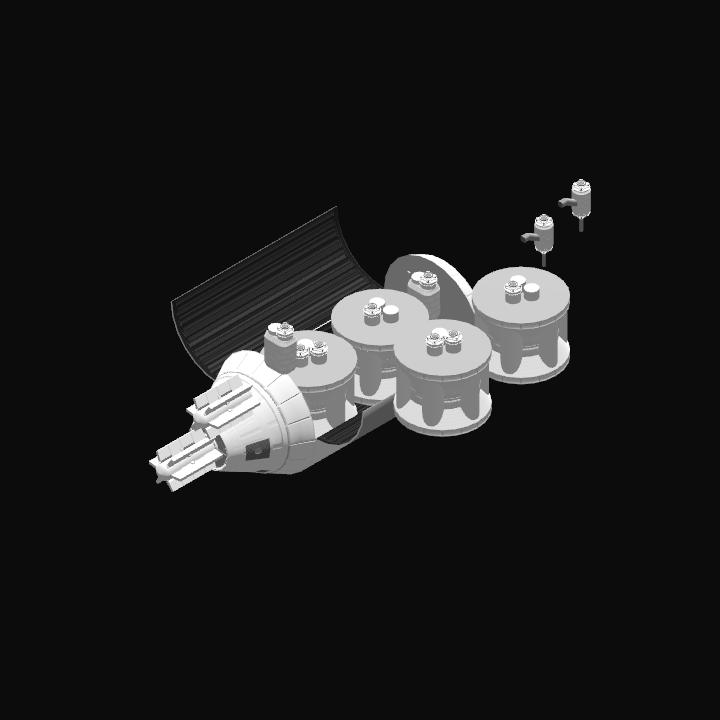 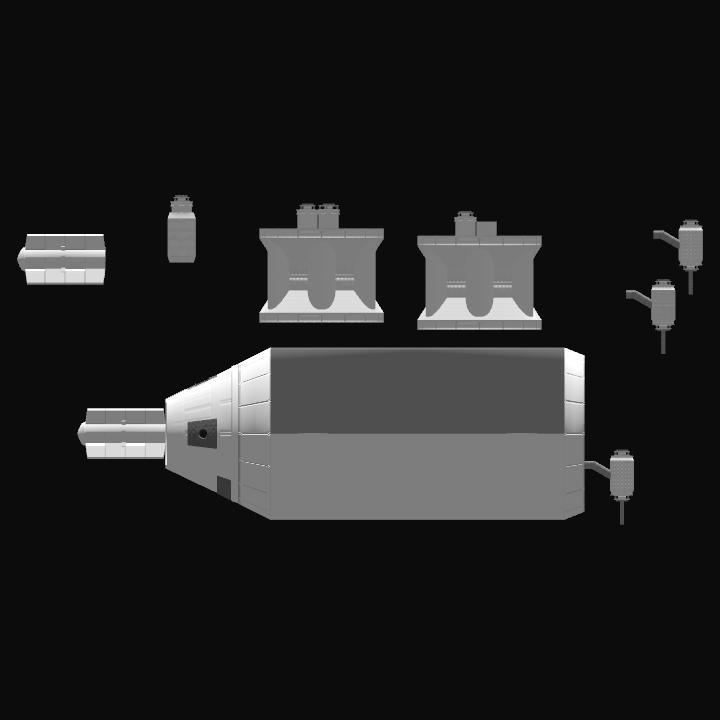 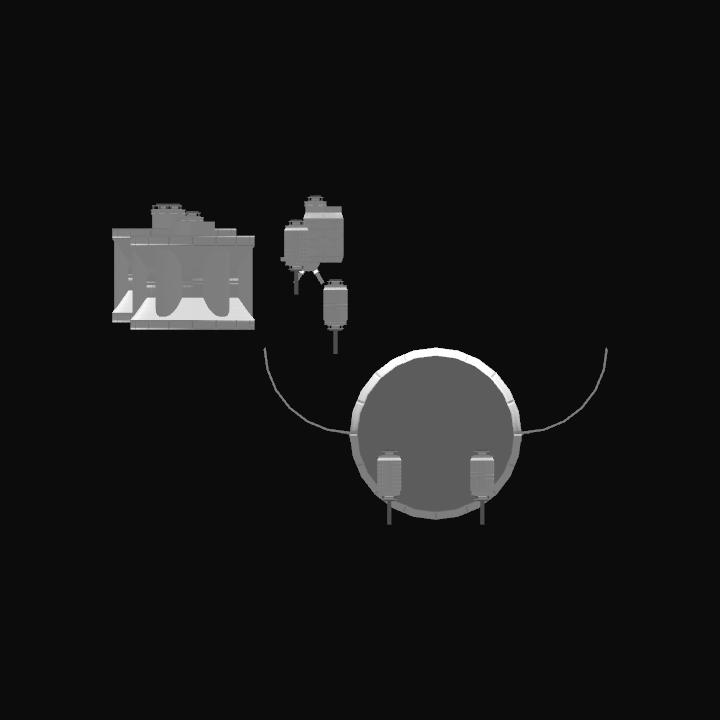