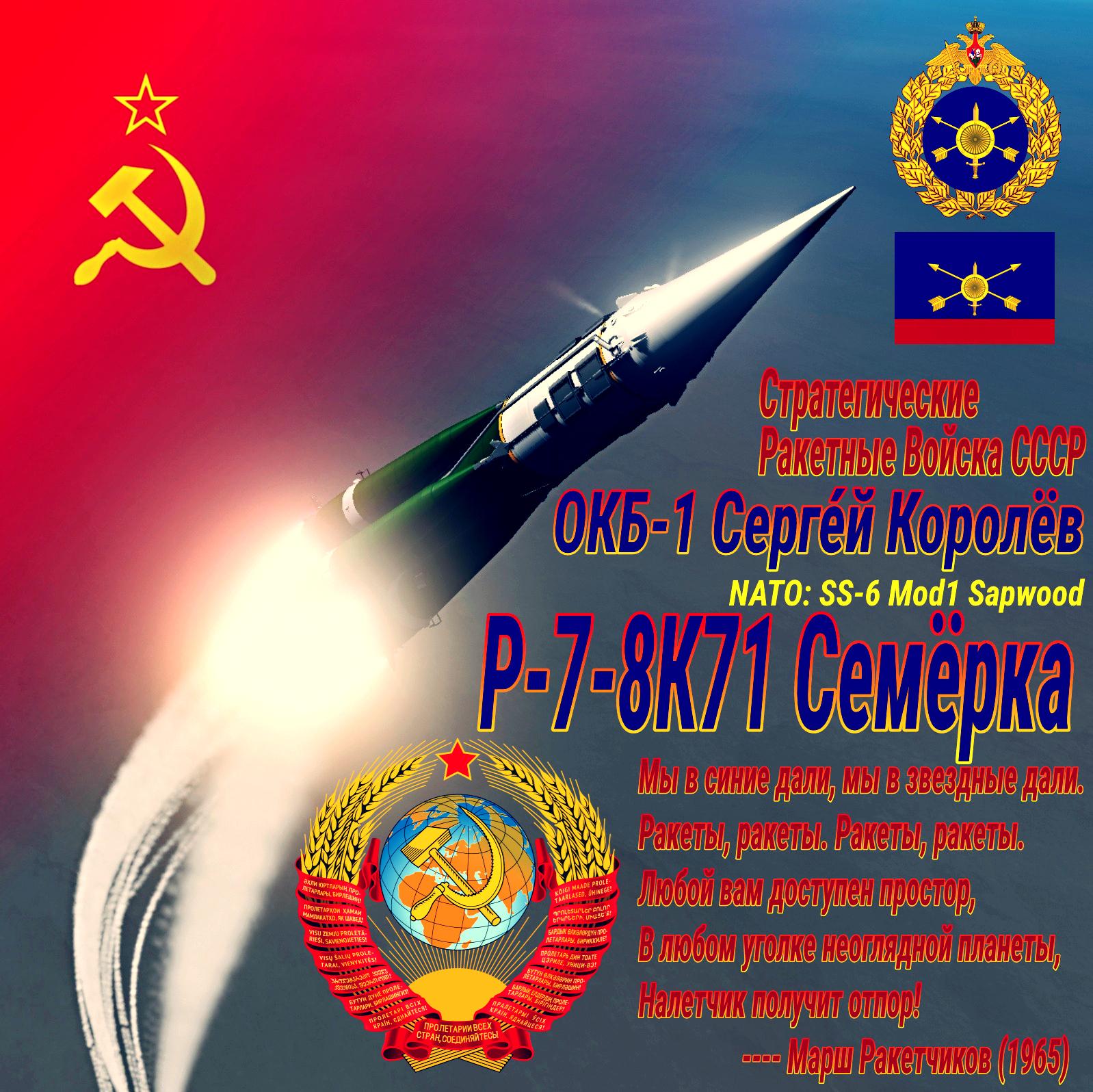 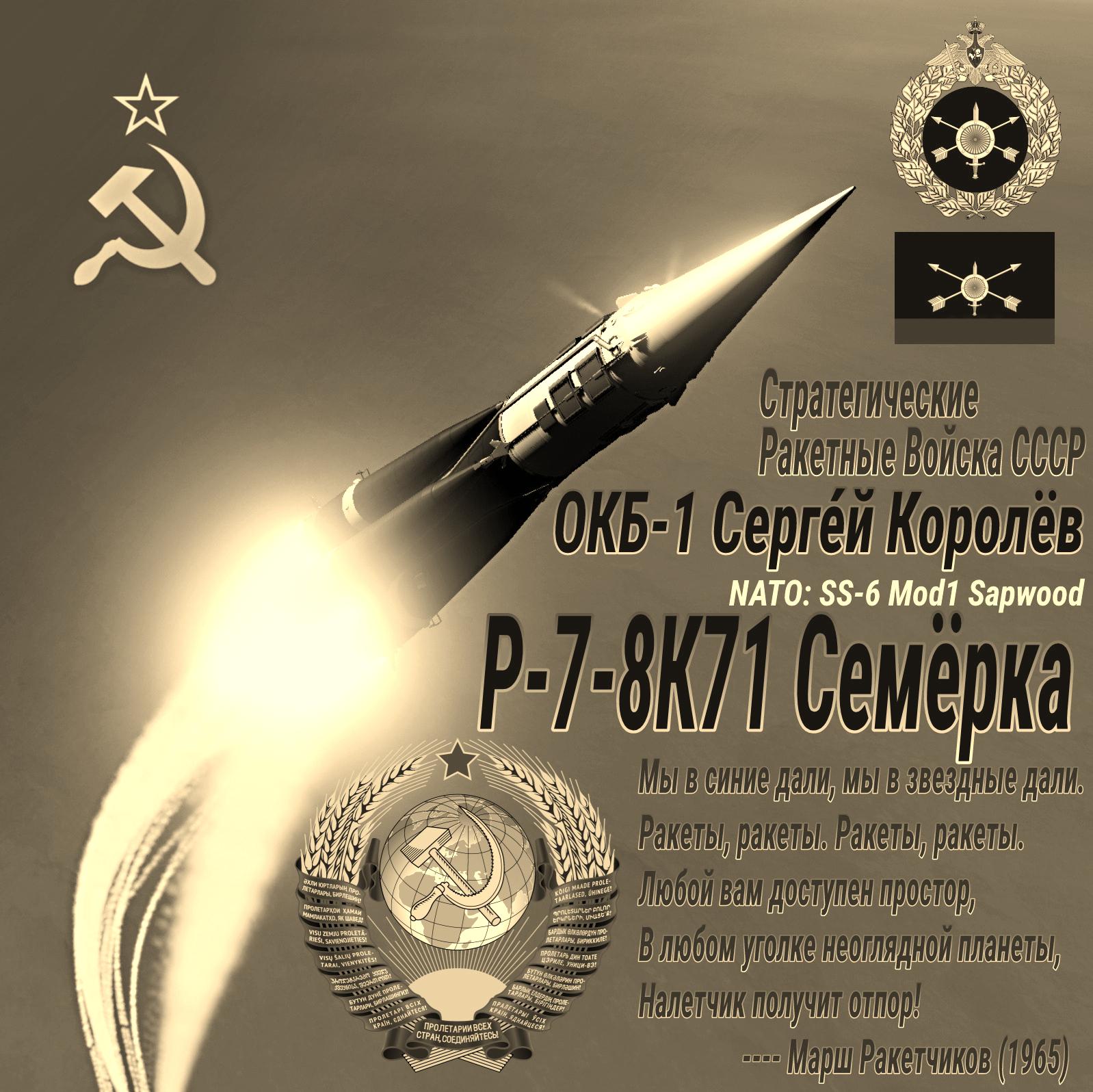 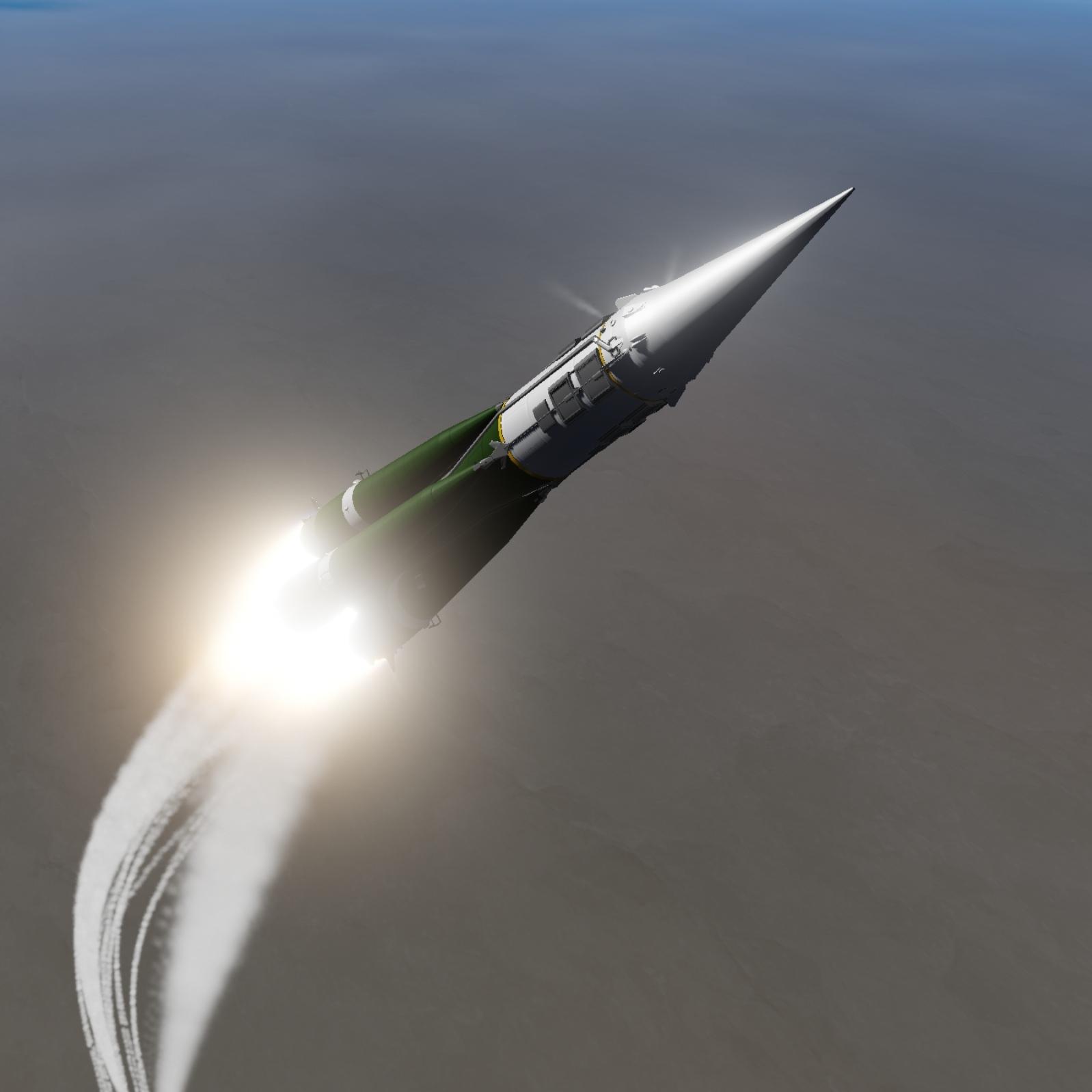 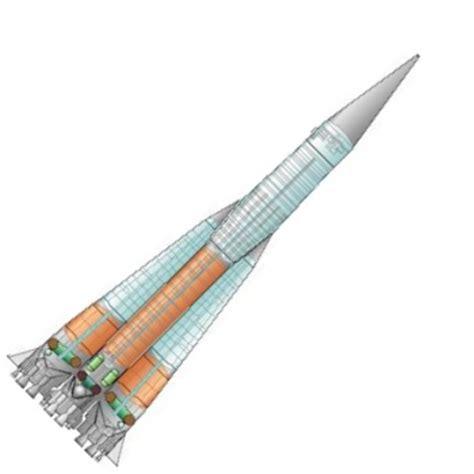 From blueprint to craft,this retro work took me nearly 30 hours!

"Anywhere invisible on the planet,
The attacker will be repulsed! "
Tips:Close your re-heat damage and physical damage,then heading north,fly over the Arctic Ocean. And shipping "goods" to North America.

Russian intercontinental ballistic missile and launch vehicle series. The world's first ICBM and first orbital launch vehicle. The original 8K71 version was never actually put into military service, being succeeded by the R-7A 8K74.
The world's first ICBM became the most often used and most reliable launch vehicle in history. The original core+four strap-on booster missile had a small third stage added to produce the Vostok launch vehicle, with a payload of 5 metric tons. Addition of a larger third stage produced the Voskhod/Soyuz vehicle, with a payload over 6 metric tons. Using this with a fourth stage, the resulting Molniya booster placed communications satellites and early lunar and planetary probes in higher energy trajectories. By the year 2000 over 1,628 had been launched with an unmatched success rate of 97.5% for production models. Improved models providing commercial launch services for international customers entered service in the new millennium, and a new launch pad at Kourou was to be inaugurated in 2009. It appeared that the R-7 could easily still be in service 70 years after its first launch.

PS:I'm sorry for the lack of information about the nuclear warhead. I can't accurately describe the structure of it. 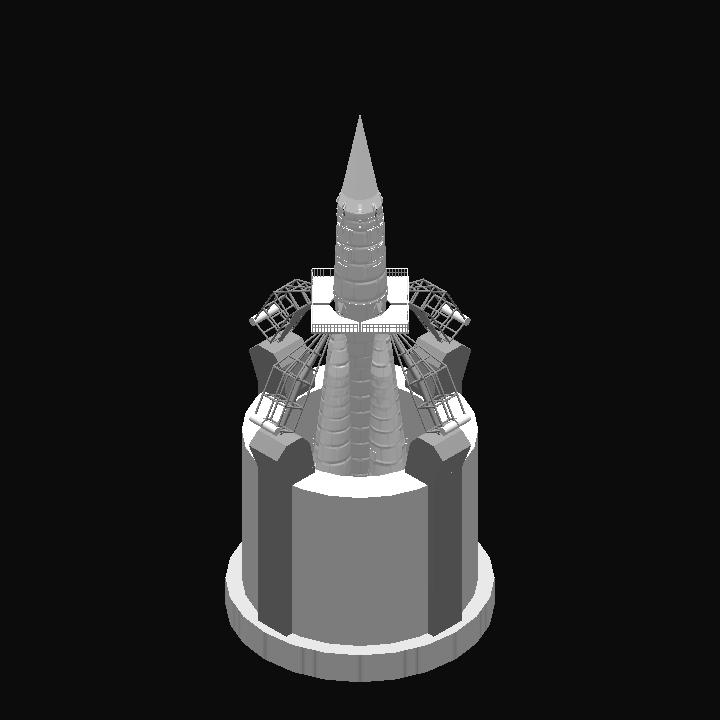 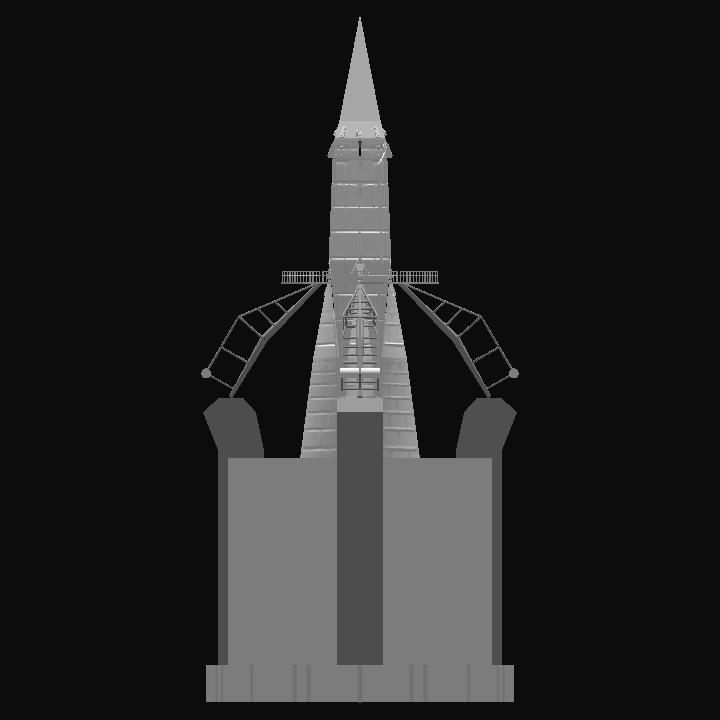 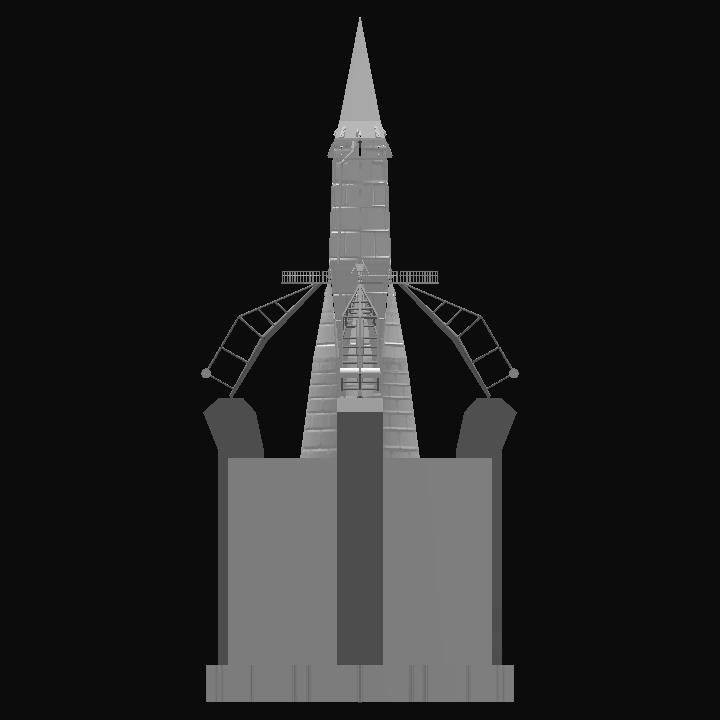