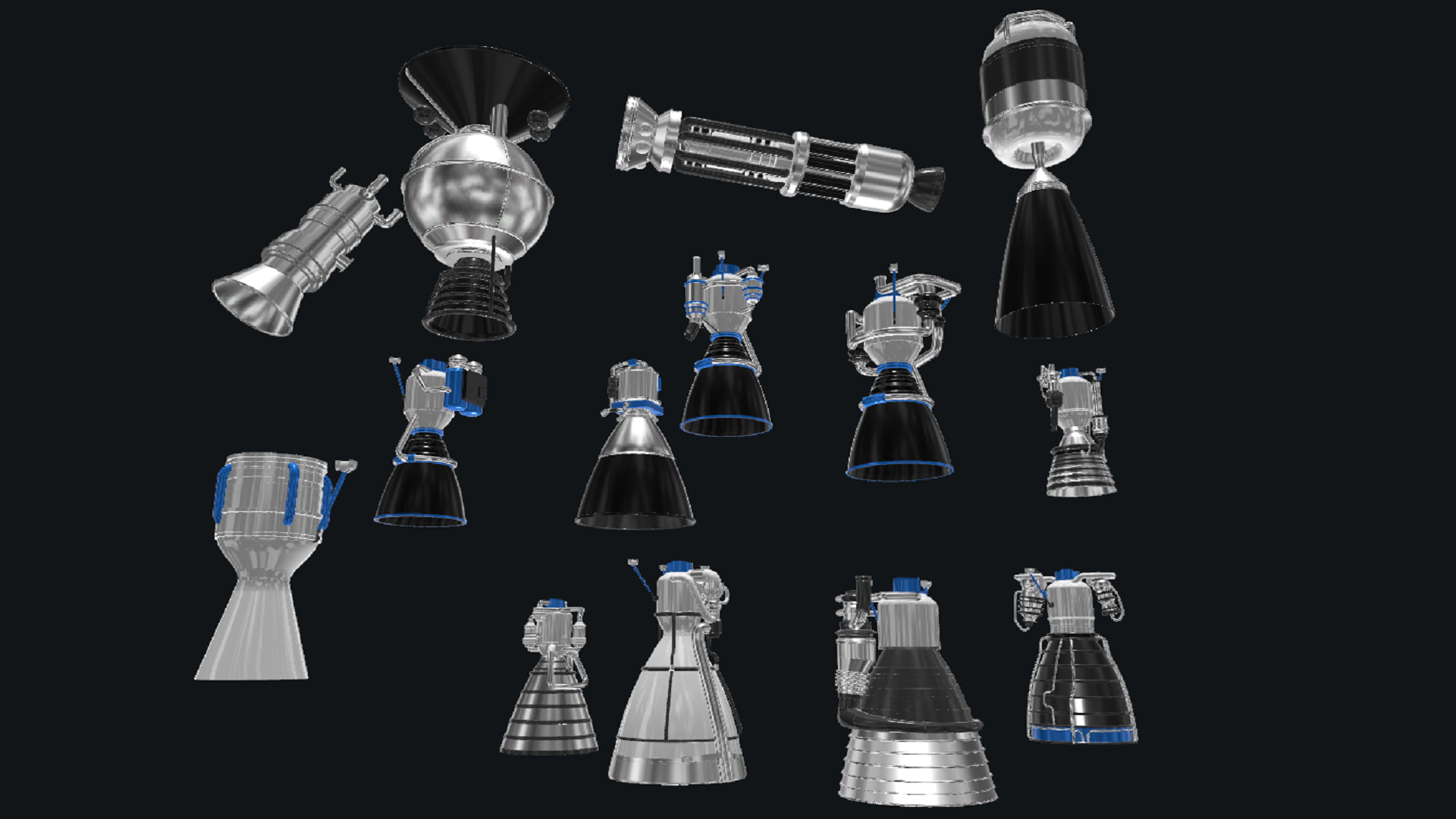 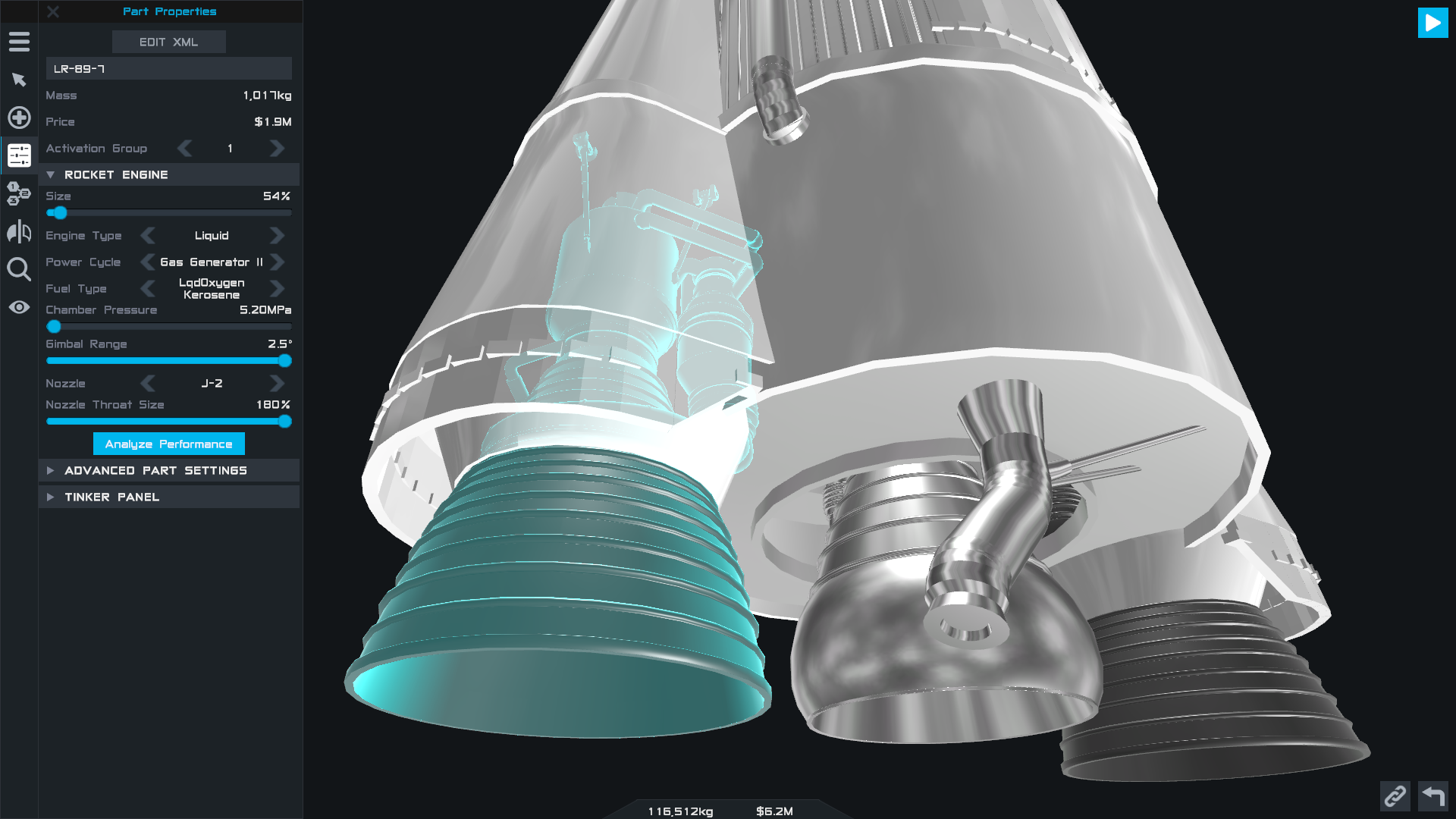 Laid the groundwork for a new engine type, Mono prop motors. There is two nozzles as of now, a normal bell nozzle and an angled one, as well as 5 new fuels, Hydrazine, MMH, H2O2 100%, 90%, and 75%.
I've also reworked the electrical consumption of the electric and Vasimr engines since they consumed way to much electricity.

This update adds electricity consumption to The Electric and Vasimr engines, and adds electrical production to all engine power cycles with a preburner & turbopump.

Includes New Models and nozzles for Liquid and Solid core NTRS and for pulsed aswell as a new category for them 'Nuclear Advanced'. it also includes the new Vasimr Engine with new Fuels H2, N2, and He. (problems with the electrical comsuption modifier have delayed its progress). This update also adds throttle limits to all engines and removes RP-1 fuels from Full flow

This Mod aims to restructure engines to be more realistic and be suitable for Real Solar System. This includes adding more fuels and engine types aswell as denerfing engine performance (For those interested in RSS click here

The data for this mod was from a data propellant mixture chart, a link for it can be found here

Mod made by and worked on by the Complex rockets team