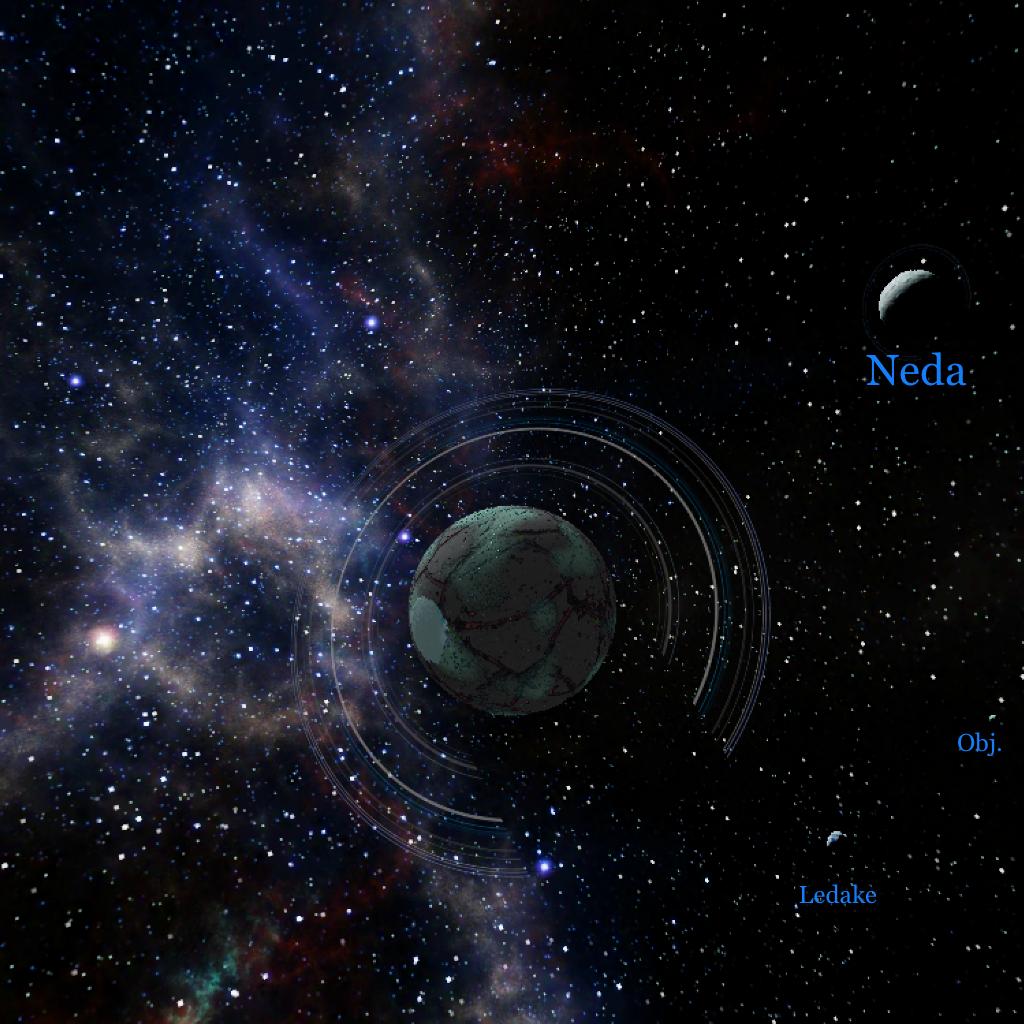 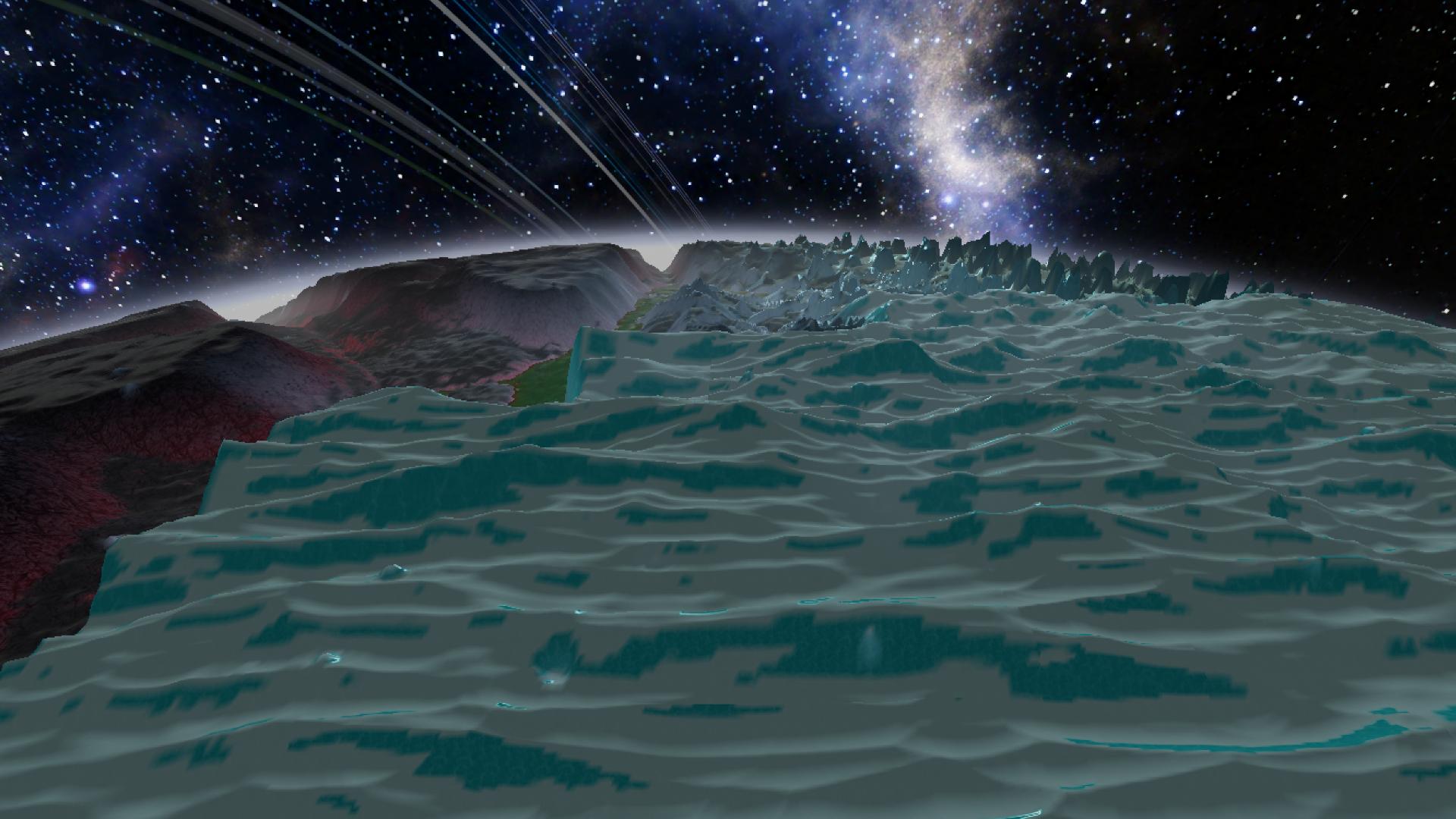 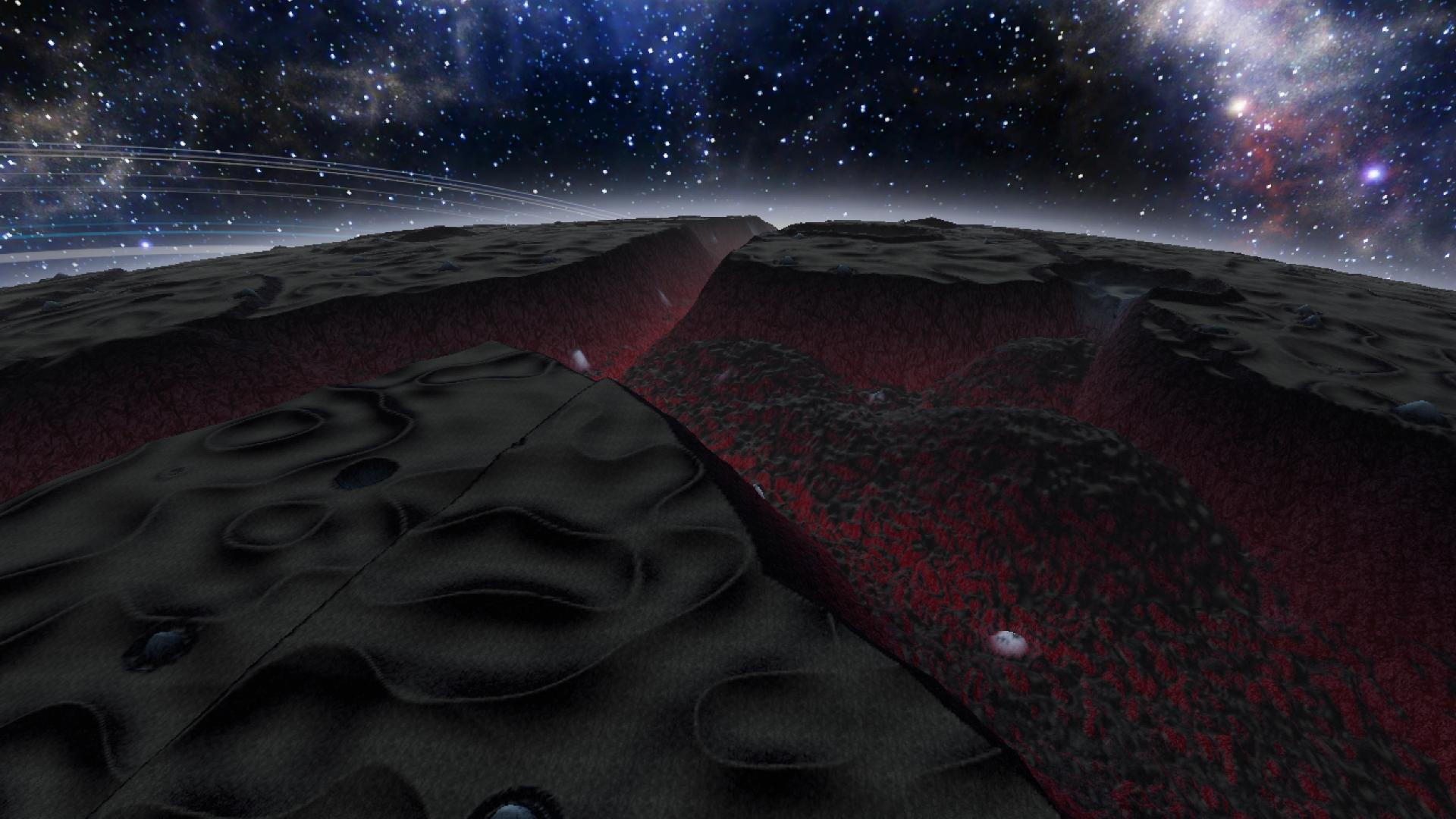 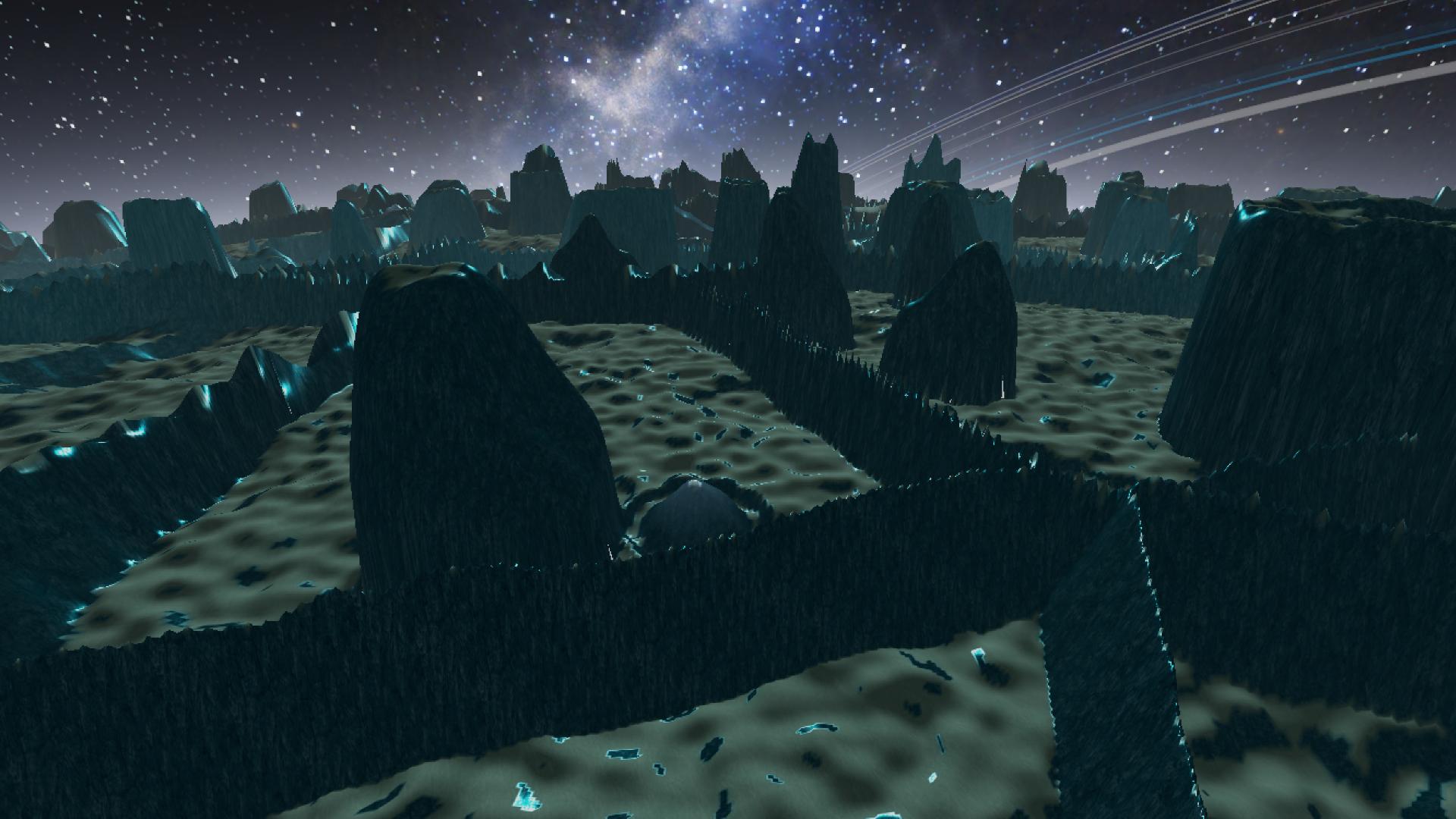 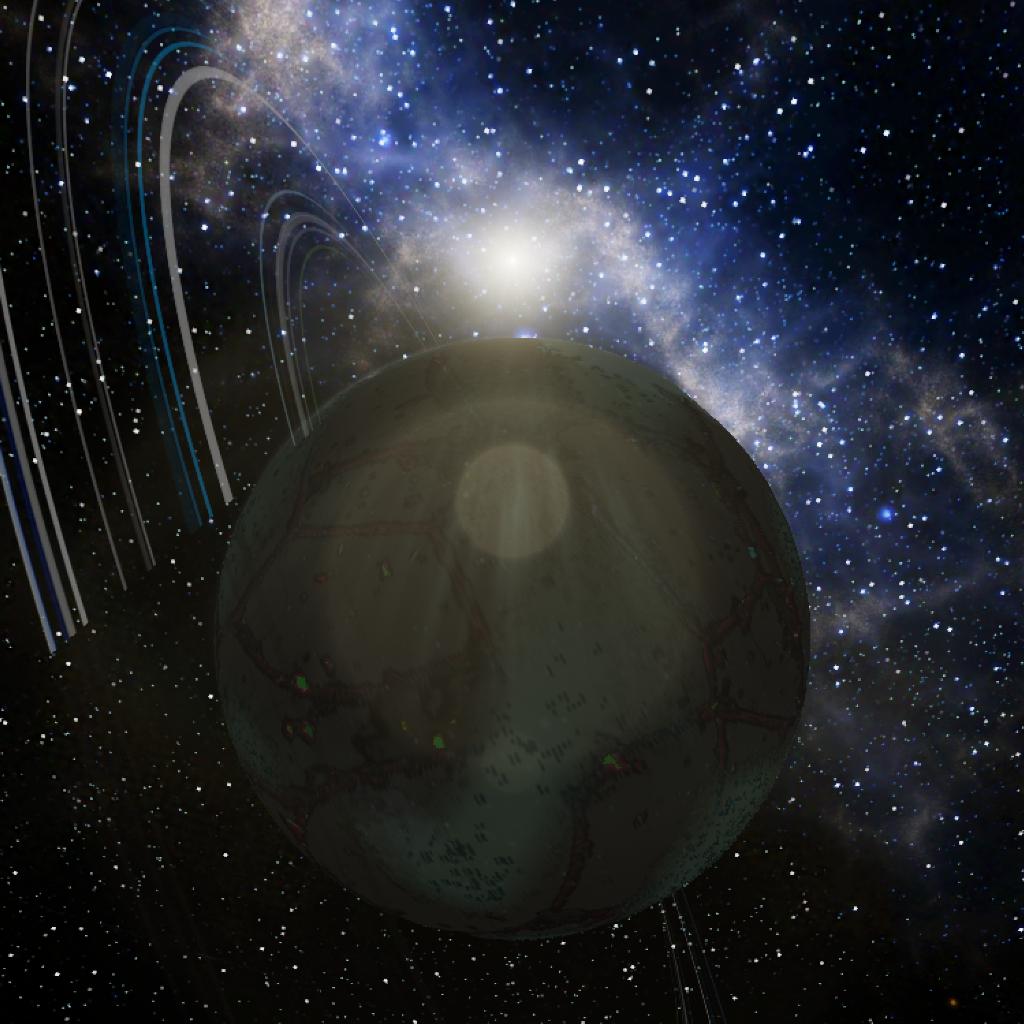 A fairly small planet with rings orbiting Juno, it is very far away and so barely has any sunlight reaching its surface, making it dark on its surface, it’s thin atmosphere doesn’t help too much with that. It has some cracks all around it that are fairly warm (says that while they glow red lol), and an unknown liquid in some places inside those cracks, since the heat keeps it liquid. Some places are smooth, some are full of mountains, and there are 2 oddly shaped poles (the design seems to remind people about Cylero's poles). There are also white specks from the north pole around the northern hemisphere, perhaps from impacts

The planet and the 3 moons are all made from blank template
Also quick note: these in flight photos are from a “test” system I created, but you will see this in Exoplanets 3.0 too
(Also Pluto analogue pretty much)