The new update is now available on Steam and it is rolling out for Google Play. It is still waiting for review from Apple to be released on iOS. The key new feature is the new FDAI (Flight Director Attitude Indicator), also known as a navball. Nicky worked this feature and he did a great job. The navball supports all the things you would expect along with maybe a few things you wouldn't expect. The default view gives you crucial attitude information and a view of the relevant markers such as velocity prograde, retrograde, etc. 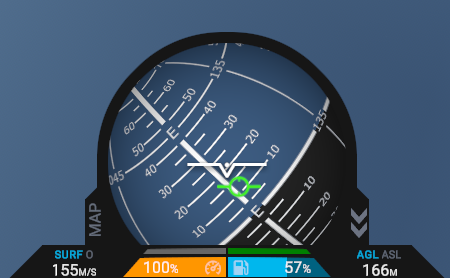 The map button opens a map display with options to zoom in/out and also an option to toggle its rotation. 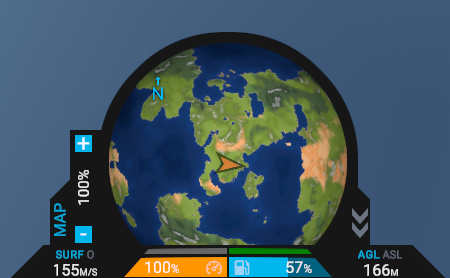 Here are the other highlights from this update. The full release notes can be found here.