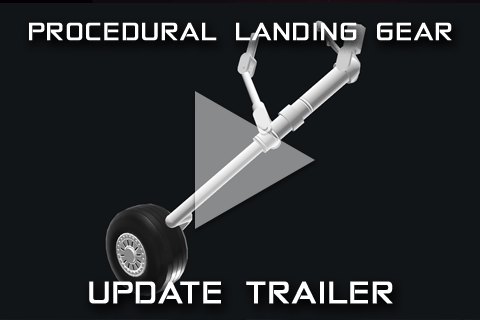 The newest update to SimpleRockets 2 includes highly customizable landing gear. You can tweak their scale, length, angle, as well as their forward, horizontal, and vertical offsets, and a whole lot more. Basically, they can be configured in an infinite number of ways. They are also far more stable than rover wheels when used with large crafts and they support retraction and an optional storage bay with tiny doors! They are a blast to play with and I hope you enjoy them as much as we do!