We just released update 0.7.1 for SimpleRockets 2 on Steam. A large part of this update was just below the surface, refactoring our old code and tackling some technical debt. Nathan took a quick hiatus from mod support to perform major surgery on the game loop and it has significantly improved performance for large craft. From our testing, we've seen an FPS increase of over 30% for some crafts.

Andrew added a new multi-directional RCS part so now you don't need to cobble together your own cluster of 5+ RCS ports. Just add one of these new parts and enjoy enhanced attitude control.

Andrew also refactored all of the fuel code so that we could support some new features to give you more control over how your crafts consume their fuel. Now you can re-prioritize your fuel tanks, drain from multiple tanks at once, and even automate fuel transfer using cross feeds, which are available on any new interstage part you pull out from the part list.

Kevin revisited the fuselage parts and rebuilt their meshes to remove unnecessary complexity and improve game performance, undoubtedly contributing to the 30% FPS boost I mentioned earlier. Then he went through all of the fuselage textures with a fine tooth comb and fixed issues with alignment that had cropped up in a few bug reports. After that, he freshened up the loading screens to be more reflective of the game's current state.

William incorporated four new songs from Fat Bard (the music guys). Then he added a new, resizable gyroscope part, so now your crafts don’t need to have a command pod for that. The power of the gyro is based on its size. 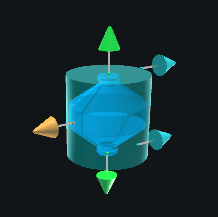 Philip has been working on procedural landing gear, but that didn't make this update. We are hoping to get that in the next update, in a few weeks.

Here are the nitty gritty details: